The WhatsApp voice note that led to a death sentence 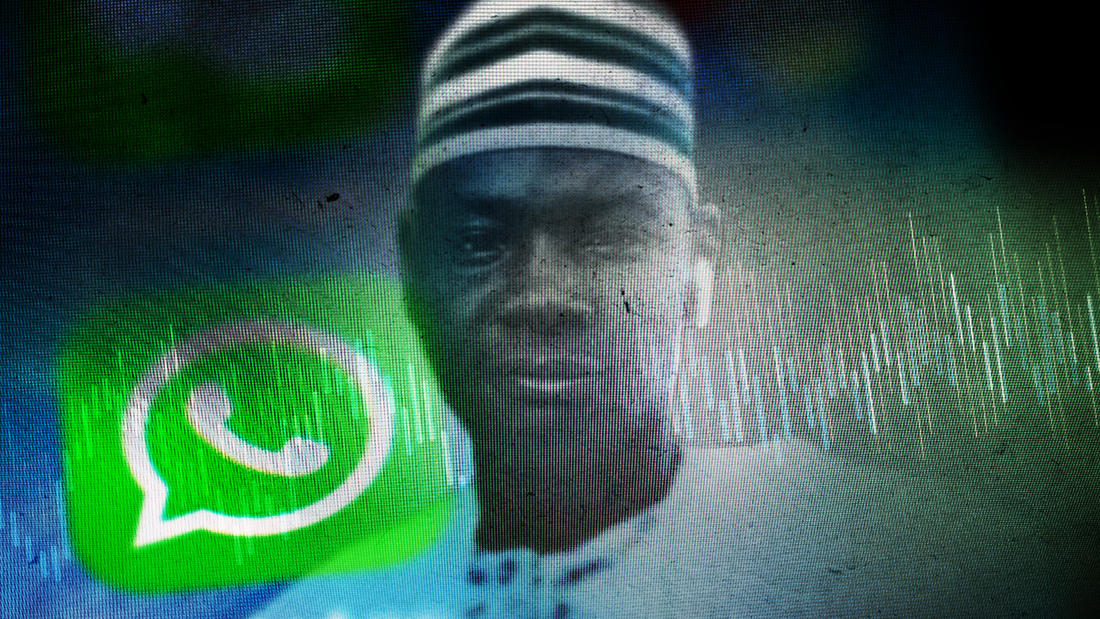 Music studio assistant Yahaya Sharif-Aminu was sentenced to death by hanging on August 10 after being convicted of blasphemy by an Islamic court in northern Nigeria.

The judgment document states that Sharif-Aminu, 22, was convicted for making “a blasphemous statement against Prophet Mohammed in a WhatsApp Group,” which is contrary to the Kano State Sharia Penal Code and is an offence which carries the death sentence.

The recording was shared widely, causing mass outrage in the highly conservative, majority Muslim, state, according to various reports.

“Whoever insults, defames or utters words or acts which are capable of bringing into disrespect … such a person has committed a serious crime which is punishable by death,” according to a translation of court documents provided to CNN by his lawyers.

Sharif-Aminu, described by his friend Kabiru Ibrahim, as “kind, religious and dutiful,” admitted charges of blasphemy during his trial, but said he had made a mistake.

Under Sharia law, a voluntary confession is binding, according to court papers.

According to the lawyers, the Sharia court adjourned his case four times because no lawyer came forth from the Legal Aid Council to represent him, likely because of the sensitivity of the case. The Sharia court is, however, statute-bound to provide legal representation.

Advocates from the Foundation for Religious Freedom (FRF), a not-for-profit aimed at protecting religious freedom in Nigeria, which is representing Sharif-Aminu, told CNN he has also not been permitted access to legal advice to prepare an appeal against his conviction.

The FRF says it has lodged an appeal on his behalf in Kano’s high court, a common-law court with constitutional powers.

“The state laws he is accused of breaking are in gross conflict with the Nigerian constitution,” said his counsel, Kola Alapinni.

Kano’s State Governor, Abdullahi Ganduje told clerics in Kano that he would sign Sharif-Aminu’s death warrant as soon as the singer had exhausted the appeals process, local media reports say.

“I assure you that immediately the Supreme Court affirms the judgment, I will sign it without any hesitation,” Ganduje said, according to Nigeria’s Daily Post newspaper. CNN contacted a spokesman for Governor Ganduje several times for comment but did not receive a response.

Islamic scholar and cleric Bashir Aliyu Umar, who is not connected to the case, but said he had read the transcript of the court proceedings, told CNN, “No Muslim will condone it. People hold Prophet Mohammed higher than their parents, and when things like this happen, it will lead to a breakdown of peace because of mob action and attacks against the accused.”

When news of Sharif-Aminu’s alleged crime broke earlier this year, protesters marched to his family home and destroyed it, prompting his father to flee to a neighboring town, his lawyers told CNN. Sharif-Aminu went into hiding, according to Amnesty and his lawyers, but in March he was arrested by the Hisbah Corps, the religious police force that enforces Sharia law in Kano state.

‘A travesty of justice’

Human rights organization Amnesty International has described Sharif-Aminu’s trial as a “travesty of justice,” and called on Kano state authorities to quash his conviction and death sentence.

“There are serious concerns about the fairness of his trial and the framing of the charges against him based on his Whatsapp messages,” said Amnesty’s Nigeria director Osai Ojigho. “Furthermore, the imposition of the death penalty following an unfair trial violates the right to life,” she added.

“It is unconscionable that Sharif-Aminu is facing a death sentence merely for expressing his beliefs artistically through music,” said the organization’s commissioner, Frederick A. Davie, in a statement.

The organization released a follow-up statement saying it had adopted Aminu-Sharif as “a religious prisoner of conscience.”

Nigeria is Africa’s most populous nation and religion permeates every facet of life here, with prayers routinely said in schools and public offices. In addition to blasphemy, atheism is frowned upon by many in the majority Muslim north as well as in parts of the mostly Christian south.

Human rights groups have expressed concern over a crackdown on freedom of speech and expression, particularly when it comes to religion.

On April 28 this year, Mubarak Bala, president of the Nigerian humanist association, was arrested in Kaduna, another northern state, after allegedly posting a message on his Facebook page claiming that a Nigerian evangelical preacher was better than the Prophet Mohammed.

His family and lawyers told Human Rights Watch they have not seen or heard from him since. Bala remains detained without charge and has not been allowed to communicate with his lawyers or his family, according to USCIRF.

Nigerian playwright and Nobel laureate Wole Soyinka is among those who recently sent a message of solidarity to Bala, following his 100th day in confinement on August 6.

“As a child, I remember living in a state of harmonious coexistence all but forgotten in the Nigeria of today, as the plague of religious extremism has encroached,” Soyinka, a former political prisoner, wrote, “I write today to tell you that you are not alone, there is a whole community across the globe that stands beside you and will fight for you.”

Sharia law has been practiced alongside secular law in many northern Nigerian states since they were reintroduced in 1999. Nigeria’s Sharia courts can also sentence those convicted of offenses to stoning, amputations, and flogging; while the former two are no longer carried out, “flogging is a quite common punishment for many crimes, particularly theft,” according to the USCIRF.

Only one death sentence passed by Sharia courts has been carried out, according to Human Rights Watch. Sani Yakubu Rodi was hanged in 2002 for the murder of a woman, her four-year-old son, and baby daughter.
In 2015 and 2016 nine men and one woman were sentenced to death by hanging for insulting the Prophet Mohammed in Kano state, according to a 2019 research paper by the USCIRF. The sentences were not carried out.

In 2000, a Muslim man in the northern state of Zamfara had his hand amputated for stealing a cow. A year later, another man had his hand cut off after he was convicted of stealing bicycles, according to the same USCIRF research paper.

In the eyes of many Nigerians, the adoption of Sharia law is a violation of the country’s constitution, because Article 10 guarantees religious freedom when it states that “the Government of the Federation or of a State shall not adopt any religion as State Religion.”

“This issue of blasphemy is incompatible with the Nigerian constitution,” Leo Igwe, chair of the board of trustees for the Humanist Association of Nigeria, told CNN.

“We hope this case will help Nigeria confront the biggest constitutional challenge since independence. What should take precedence, Sharia law, or the Nigerian constitution?”

Governors of the northern states, where Sharia law is practiced, argue that it applies only to Muslims, and not to citizens of other faiths. The FRF says it is working on six other constitutional cases which will challenge what it sees as government interference in Nigerian citizens’ right to religious freedom.

One of these, on behalf of the Atheist Society of Nigeria (ASN), is against the state government of Akwa Ibom, in the country’s southeast, for its involvement in the construction of an 8,500-seat worship center at its High Court.

The ASN says millions of dollars in state funding have been spent on the center, which it says amounts to government interference in freedom of religion.

“The government has no business legislating on religions. End of story,” Ebenezer Odubule, a founding member of the FRF told CNN.

The FRF says it has had to put some of its other cases on hold, to focus on Sharif-Aminu’s case. It is also hampered by a lack of funding to fight new cases.

‘It is obscene,’ Chimamanda Adichie says in new essay on social media…