The US Army’s new iron triangle: The coming budget crunch and its implications for modernization 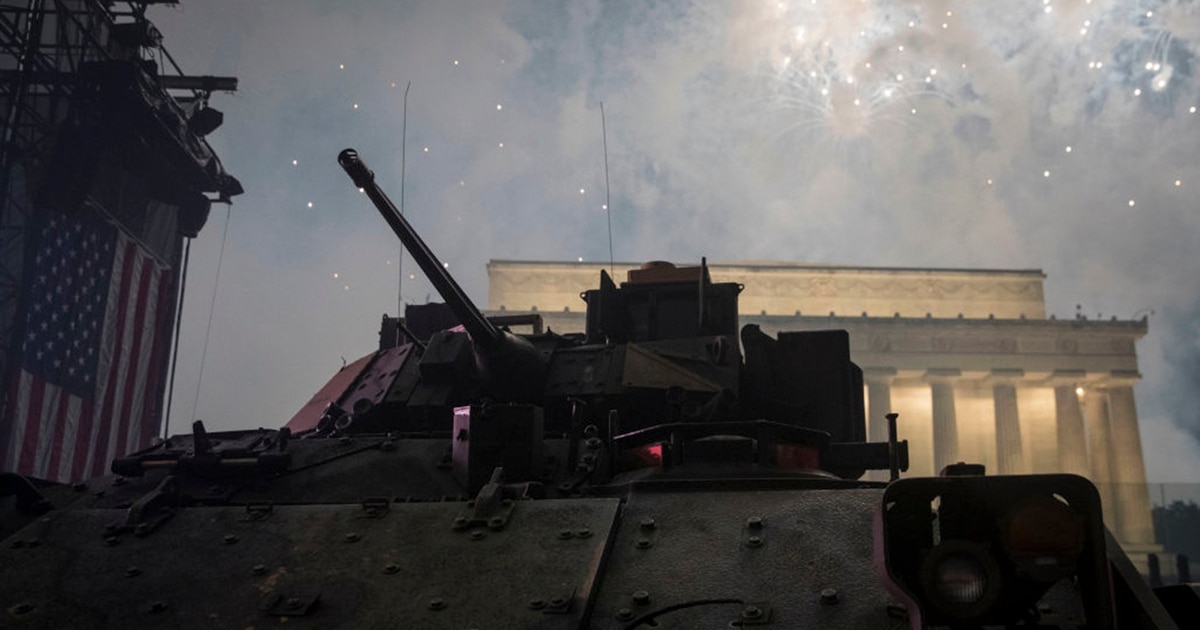 It has come to be seen as virtually axiomatic in defense circles that the U.S. Army will serve as a bill payer for air and naval modernization, with even the chairman of the Joint Chiefs of Staff predicting a “bloodletting.” At the same time, the Army believes it must prepare for three challenges, each with distinct implications for the future force: blunting Russian aggression along NATO’s eastern frontier, defeating China in a war in the western Pacific and hedging against everything else. As a result, budget cuts will likely present the Army with something of an iron triangle among these challenges — at best only able to afford a future force prepared for two, but not all three.

As Futures Command and the Army grapple with the implications of the looming budget crunch, it is imperative that they first answer two more fundamental questions: How should the Army prioritize these challenges, and where — and how much — can it afford to take risk?

The answers to these questions will do much to provide direction for the difficult trades the Army will face in a world of shrinking budgets.

Each side of the iron triangle comes with its own implications for doctrine, force structure, readiness, posture and modernization. And while there is certainly some commonality and fungibility across them, the optimal force for each differs considerably. Blunting Russian aggression entails conducting large-scale maneuver warfare on highly contested continental battlefields. This means a future force centered on heavy armor — backed by artillery, mobile air defenses and other enablers — that is sufficiently forward-postured to be able to overcome the tyranny of time and counter a short-warning attack.

Defeating China, in the Army’s view at least, entails contributing kinetic and non-kinetic fires, air defense, and other enablers to support the joint force in a primarily air and maritime fight. This means a fires- and enabler-centric future force that can operate in a highly geographically dispersed fashion across the vast expanses of the Pacific theater. Although the strategic deployment problem is somewhat less acute as compared to Europe, the distances involved coupled with Chinese counter-intervention capabilities still calls for a force posture oriented on forward presence and rapid reinforcement.

China’s guided-missile destroyer Harbin takes part in a weeklong joint exercise with Russia in the East China Sea off Shanghai in May 2014. (Zhang Lei/Color China Photo via AP)

Hedging for everything else includes day-to-day competition, war on the Korean Peninsula and other contingency responses; prolonged low-intensity operations; and a variety of other missions. This means a jack-of-all-trades force that is globally responsive and possesses a deep bench in terms of capacity.

It is in the Army’s capability modernization efforts where the potential impact of budget cuts is most acute. With 35 signature efforts spread across six modernization priorities and eight cross-functional teams, the Army’s modernization plan is ambitious. But given the Army’s reluctance to reduce its active-duty end strength any further or to deprioritize near-term readiness, decreases in the top line will almost certainly fall hardest on modernization.

Moreover, the Army’s three-year effort to cull nonpriority programs, while laudable, means that there are few nonpriority efforts left to cut. Furthermore, even if the Army budget were to remain relatively flat, the continued upward trend in the cost of personnel as well as operations and maintenance will still squeeze funding for modernization.

Although some of the Army’s modernization efforts — such as those related to the network and synthetic training environments — are broadly applicable across all three challenges, others are not.

To cite just a handful of examples, the pursuit and rollout of next-generation combat vehicles within Futures Command will help the Army go head-to-head with Russian motorized rifle and tank forces in close combat. But more modern combat vehicles have little utility in an air- and naval-centric conflict with China.

Extended Range Cannon Artillery and the Precision Strike Missile, or PrSM, are critical capabilities for offsetting Russia’s advantage in tactical and operational fires, particularly early in a conflict before the full weight of U.S. air power can be brought to bear. Given the vast distances of the Pacific theater, however, these systems lack sufficient range to be of much relevance in most plausible scenarios for a conflict with China — although this could potentially change in the case of PrSM.

Conversely, the midrange capability effort is largely an additive capability to an already robust joint long-range strike capability in a Russia fight. But this system could help fill a gap in the Pacific by providing long-range fires from within the teeth of Chinese counter-intervention capabilities, where it will be highly dangerous for air and surface naval forces to operate.

The Army created Futures Command in part to enable better development and procurement of the next generation of capabilities. But after three years of trimming the fat out of the Army modernization portfolio, improved speed and efficiency alone will likely not be enough to offset the expected top-line cuts. As such, the Army will be forced to make hard choices.

It would be prudent for Futures Command and the Army to make those choices based on a rigorous prioritization between competing challenges. The resulting trade-offs among modernization efforts will certainly incur risk somewhere, but the far riskier path is not prioritizing in the face of significant cuts because failing to do so could result in a force that is unprepared to meet any challenges.

Moreover, the Army should open the aperture beyond just modernization and use this prioritization to drive all its choices — on doctrine, readiness, posture and especially end strength. In short, the Army must think hard about exactly what kind of Army it needs to be in a more budget-constrained world. The answer to this question will do much to guide how it addresses this new iron triangle when the budget ax comes.

Billy Fabian is a senior analyst at Govini and an adjunct senior fellow in the defense program at the Center for a New American Security.