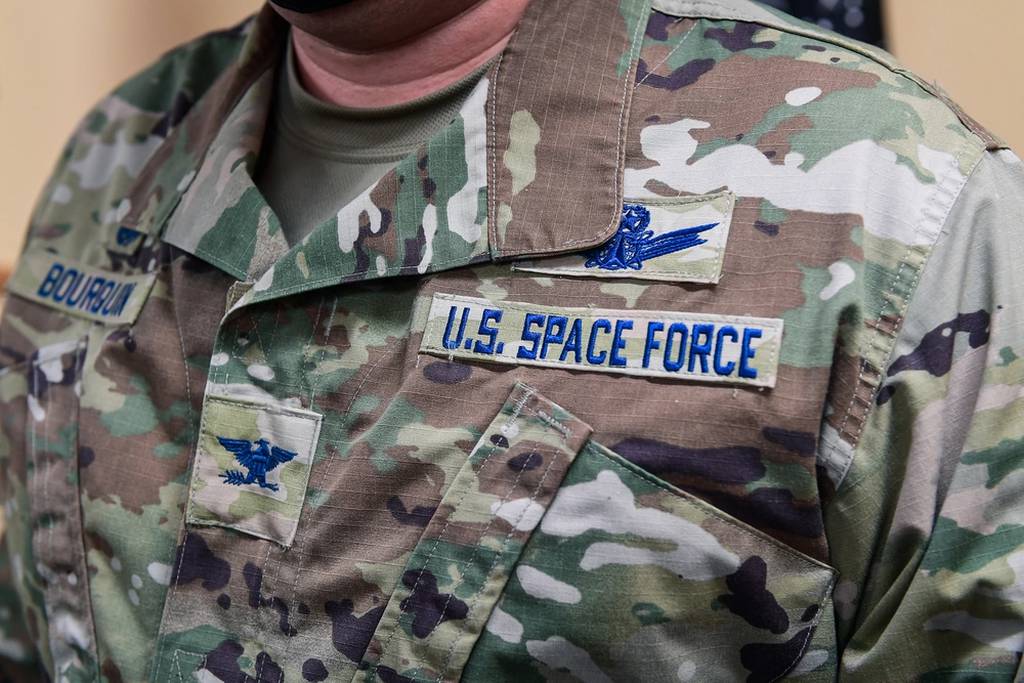 When Congress created the U.S. Space Force in December 2019, the Pentagon hadn’t launched a new military service since 1947. Lawmakers wanted the idea to become reality in just 18 months.

The Space Force met that deadline earlier this summer. Now, it turns from tackling the first organizational steps to the meat of becoming an effective warfighting branch.

It’s preparing to welcome soldiers, sailors and Marines as its first guardians from outside of the Department of the Air Force starting in October, and absorbing some of their missions.

The Space Force will take on wideband satellite communications in the Army and narrowband SATCOM operations in the Navy this fall — though that could be derailed if Congress fails to pass a defense budget by Oct. 1, the start of fiscal 2022, Vice Chief of Space Operations Gen. David “DT” Thompson told Air Force Times in an Aug. 12 interview.

The Pentagon may be able to avoid that setback by asking Congress to allow personnel transfers as an exception to a possible continuing resolution, which would block any new initiatives not already funded under this year’s budget.

A second round of 50 troops from the other services are on their way in, followed by another group of about 350 chosen applicants.

About 6,000 uniformed guardians and another 6,000 civilian employees now serve in the Space Force, which relies on another 6,000 or so airmen who work in support roles like base security. The Space Force still falls under the Department of the Air Force, which handled military space missions for decades before the separate service was created.

As the service staffs up, the relationship between officers and enlisted members may begin to look a little different.

“That’s part of our to-do list,” Thompson said. “We absolutely realize, especially when you talk about out on the operations floors … there’s probably more duplication and overlap in roles and responsibilities than there should be.”

The Space Force could flip the typical military staffing model on its head as well. While the Army, Navy and Air Force depend on a steady stream of young Americans to fill their jobs and rise through the ranks, the space enterprise wants to cater to more seasoned professionals.

Most military recruiting brings in thousands of young adults who gain expertise over time, then are whittled down to a select group of top experienced service members in leadership positions. In contrast, Thompson said, the Space Force needs a larger cadre of mid-career employees who understand the intricacies of space operations after gaining eight to 14 years of experience.

Autonomous algorithms could handle the more menial tasks that require less specialization and knowledge, where a young guardian might otherwise be in charge, Thompson suggested.

That approach may dovetail with the Space Force’s plan to easily rotate people between military and industry jobs, where employees could garner that experience before beefing up the mid-career bench. It could also make it harder for young hopefuls to snag a spot as a second lieutenant or a specialist 1 — the lowest-ranking officers and enlisted members.

“For engineers, it might be advanced degrees. For operators, it might be, everyone is required [to have] some level of advanced training,” Thompson said. “For all of them, a deeper level of understanding of how the domain works and the systems that work. For our intelligence professionals, additional advanced education and training in how our adversaries may think or the ability to do strategic assessments.”

He envisions that guardians will get their own personalized education and career plans, with a supervisor to help guide them along.

Within the next month, the service will have its three core commands up and running: Space Operations Command to handle daily combat activity; Space Systems Command for buying hardware and software; and Space Training and Readiness Command for basic training through postgraduate education.

That breaks out the service’s three key responsibilities from the Air Force groups that previously oversaw them, establishing more direct management of the issues and moving from an air-centric mindset to that of space.

One challenge ahead is hashing out how the Space Force, which organizes, trains and equips troops, and U.S. Space Command, the revived organization that uses those personnel and resources to carry out daily combat missions, will work together without being redundant in the field.

The two organizations held their first biannual warfighter talks in July, nicknamed “Antares” — a reference to two large, bright stars that appear to shine as one. Chief of Space Operations Gen. Jay Raymond and SPACECOM boss Gen. James Dickinson and their staffs went over lessons learned from a two-week exercise in June, Pacific Sentry 21, where they explored how not to step on each other’s toes in battle.

“What they did was basically trailblaze and prototype and experiment with the types of organizations, and liaison elements, and planning elements and functions, and support activities that both the United States Space Force and U.S. Space Command needed to bring to Indo-Pacific Command to allow them to operate and prosecute combat operations effectively,” Thompson said.

Those insights are important as the Space Force begins to build its service components that will manage space operations within each of the combatant commands. The service is already shaping Space Forces Central Command, a sister organization to the Air Force component in U.S. Central Command.

The two most important capabilities guardians should have now, Thompson said, are not a Death Star or a phaser gun. He wants to give troops the ability to share classified information with others so that everyone is on the same page, and to grow their training and simulation enterprise.

Those assets will take shape as part of the Pentagon’s budget requests in the coming years.

Space Force officials and Kendall are working on a “very ruthless look at the capabilities and the things that we do today, how they apply through that lens [of outmaneuvering China], and the moves that we need to make to ensure that the kind of forces we’re building are those kinds of forces,” Thompson said.

Air Force Chief of Staff Gen. Charles “CQ” Brown’s mantra over the past year — “accelerate change or lose” — is bleeding over into the Space Force’s mindset as well.

Paired with Defense Secretary Lloyd Austin’s directive to ditch older systems and capabilities that aren’t well-suited to outpacing other advanced militaries, “that means a lot of the systems that we fly today and that we’re about to fly” wouldn’t make the cut, Thompson said.

“They’re very sophisticated, they provide tremendous data and the types of capabilities that make us the best in the world, but they weren’t designed to operate in the space domain under threat and under attack” by anti-satellite, electronic warfare and laser or microwave weapons, Thompson said.

“What we’ve been charged with doing is … to effectively protect and defend them” and “look at what’s going to replace them here in the next decade or less,” he added.

If a satellite becomes less useful to current or future operations, it’s not worthwhile to turn it off and move it to a graveyard orbit, Thompson said. To the Space Force, accelerating change instead means quickly switching from building one technology to another when one becomes obsolete.

“A lot of those multiyear programs that extend out into this decade and to the end of the decade, we’ll be looking to adjust towards a new approach,” he said.

That mindset applies to terrestrial hardware as well.

Ground-based assets like the massive, boxy radar known as Cobra Dane, which collects data on ballistic missile and space launches as well as objects orbiting close to Earth, could look like giant stationary targets to an attacker. The Space Force is concerned less about their physical vulnerability and more about what role the decades-old systems might play in the future.

The military isn’t yet thinking about retiring Cobra Dane, Thompson said, but there’s debate about whether the U.S. would be better served by turning to satellites to accomplish the same mission. That comes as the United States and Canada jointly pledged to modernize the North American Aerospace Defense Command’s homeland-defense inventory, from sea to stars.

Still, the No. 2 space warfare officer is staying mum on what futuristic tech the United States might soon wield in combat.

“As you describe offensive and defensive capabilities we need, I think the department over the last several years has done great work in helping to start investing in those and getting ready to bring those online,” Thompson said. “I won’t say much more about that. We certainly need them, but I think they’re coming.”