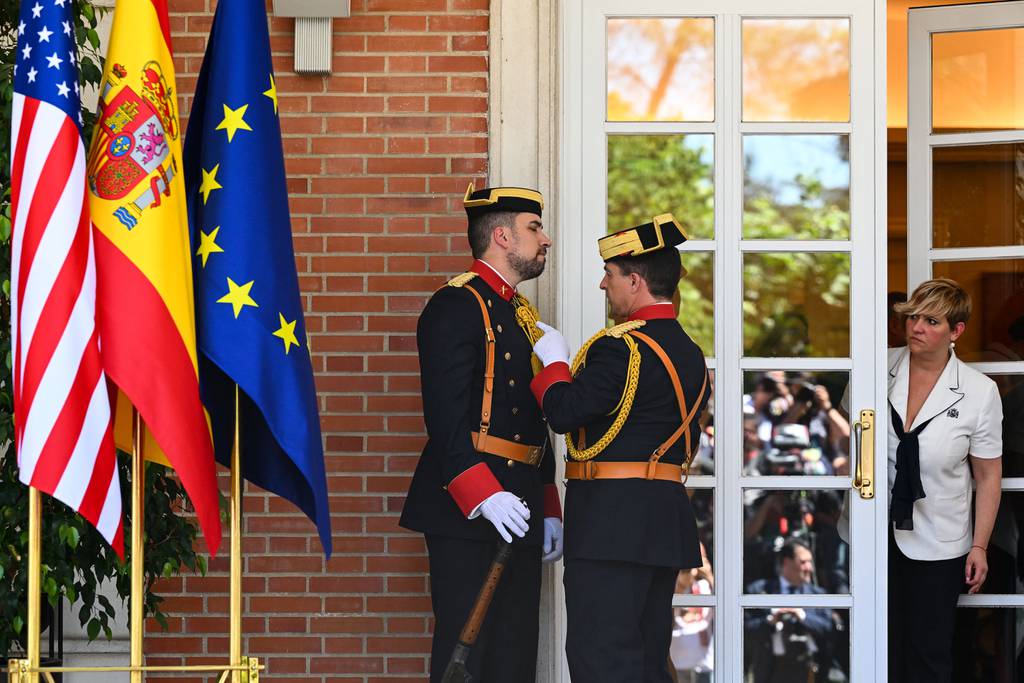 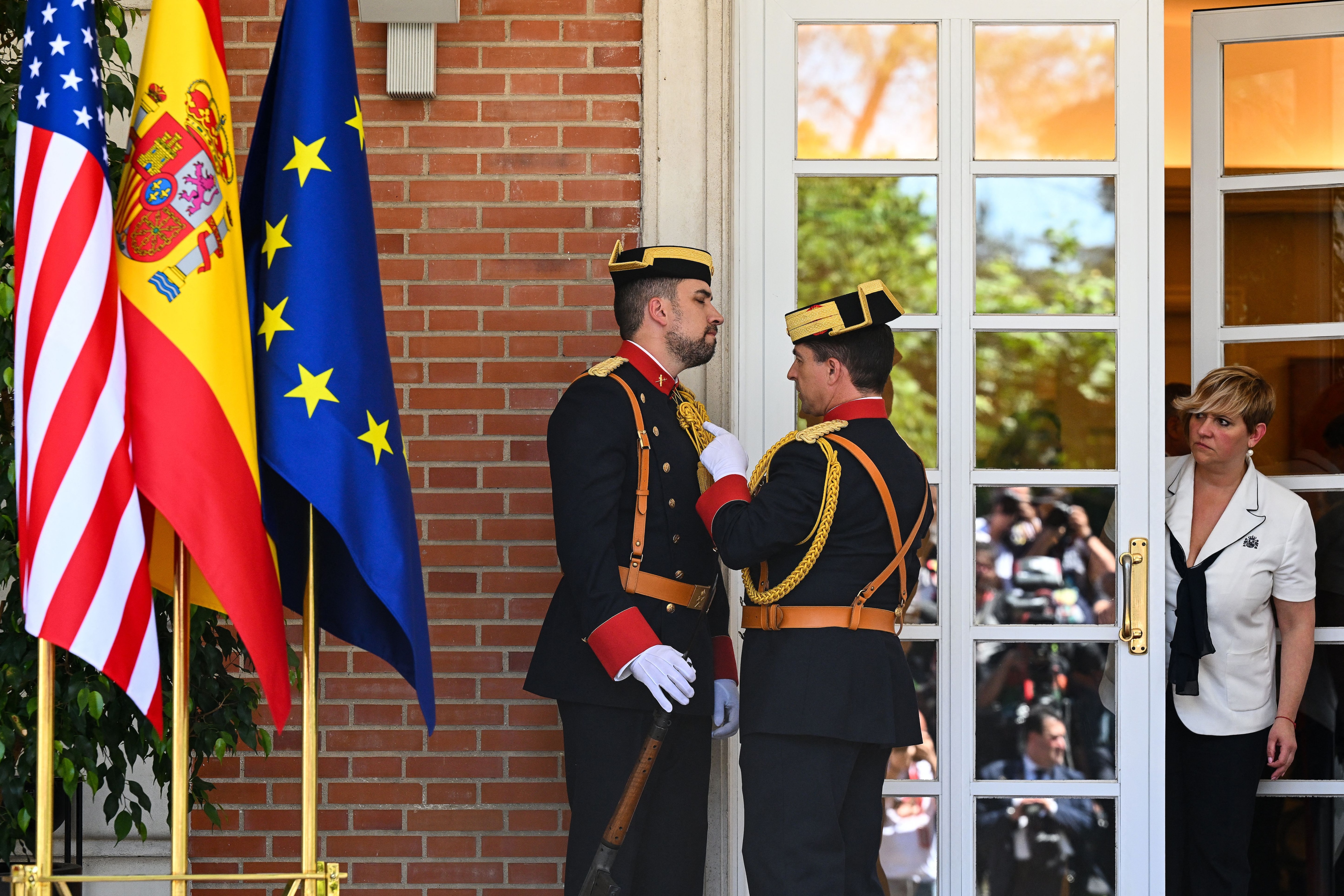 This week President Joe Biden will meet with other NATO leaders in Madrid for what Secretary-General Jens Stoltenberg promises will be a “transformative” summit, coming four months into the war in Ukraine. NATO, for the first time since 2010, will adopt and release a new Strategic Concept — a document that will set the alliance’s strategic objectives and security tasks for the next decade. The cornerstone of NATO’s approach will be a massive military buildup, increasing its high-readiness forces from 40,000 to over 300,000 troops, to protect its eastern flank.

NATO member countries ought to resist the temptation turn back the clock and pull the United States back in, settling on a larger US military presence on the continent as the easy answer. Instead, they should come to terms with the new reality: the United States cannot continue to underwrite European security if it is to meet the challenge posed by a rising China.

The only way to incentivize European allies to acquire the forces and military capabilities needed to guarantee their own defense is for the United States to step back from being Europe’s primary defender. As part of a rebalanced alliance, European members should shoulder the main responsibility for boosting the size of NATO’s high-readiness force, with the United States positioned as the security guarantor of last resort. To initiate this change, President Biden ought to set limits on America’s defense contributions to Europe.

Russia’s full-scale invasion of Ukraine sparked an impressive display of unity from NATO allies, and the Biden administration deserves a great deal of credit for sustaining allied cohesion and coordination, even as cracks have begun to emerge over the last four months. But the crisis has also laid bare that NATO still functions as an American-led alliance, one in which the United States continues to subsidize European defense spending. While the United States and NATO’s Eastern European members have played an oversized role in supporting Ukraine, NATO Europe’s wealthiest members—France, Germany, and Italy—have lagged behind in financial, humanitarian, and military assistance. “It is remarkable that the U.S. alone has committed considerably more than all EU countries combined, in whose immediate neighborhood the war is raging,” a working paper from the Kiel Institute for the World Economy notes. How is this fair burden sharing?

Since the start of the war, Europe’s military dependency on the United States has actually increased. Before February, the United States had about 6,500 troops in Eastern Europe, accounting for about 60% of NATO’s forward force deployments on its eastern flank. Following Putin’s invasion, the United States dispatched additional reinforcement to Europe, tripling the number of American forces forward deployed in the east. Even though European allies also sent some additional reinforcements to the east, the United States now contributes about 80% of NATO’s forward force deployments. This is unsustainable. America’s European allies should assume the main burden, so Washington can get its strategic house in order, bringing defense commitments in line with U.S. capabilities, and so it can prioritize China.

In Madrid, Biden ought to drive a hard bargain with America’s European allies. First, he should insist that U.S. troop contributions on NATO’s eastern flank be reversed. European allies, not the United State, should make up 80 percent of all forward deployed forces, including primary responsibility for building up a 300,000-strong rapid reaction force. This is a tall order, but Europe can be well on its way to meeting it over the next decade if European countries raise their defense budgets and spend more efficiently, prioritizing common equipment procurement and streamlining their defense industries.

Second, Biden should make a coordinated and consistent push to strengthen NATO’s security ties with the EU. In Madrid, he should propound loud and unambiguous support for EU defense initiatives, including the European Defense Fund and Permanent Structured Cooperation (PESCO), signaling Washington views them as not only complimentary to NATO but also vital to building a stronger European pillar within the alliance. To lend credibility to his words, Biden should make a congressional push to finally conclude an administrative arrangement with the European Defense Agency, so the United States could take part in the agency’s projects aimed at developing European capabilities and thereby foster a transatlantic industrial base.

Finally, Biden should use his well-earned reputation as a staunch atlanticist to allay fears that strengthening European capabilities and force readiness would come at the expense of American security guarantees. The Russia-Ukraine crisis has heightened old anxieties and fears among NATO countries in Eastern Europe. At the same time, the crisis has refocused the alliance on its core purpose — territorial defense. This new (old) mission gives Biden an opening to recast European defense cooperation and reforms to the alliance as imperative to enhance NATO’s deterrence and defense posture on its eastern flank. Put simply, the task of the Biden administration is to convince NATO’s Eastern European members that these reforms are in their core national security interests, given the competing demands on U.S. military resources elsewhere.

Above all, Biden should remember that allied unity is a means to an end, not an end in itself. Some forty years ago, Secretary of State Henry Kissinger called for NATO reform, noting then, “Everyone has been afraid to take the initiative in changing the present arrangement, lest doing so unravel the whole enterprise,” and warning, “But since drift will surely lead to unraveling—if more imperceptibly—statesmanship impels a new approach.”

The Biden administration would do well to heed these words this week in Madrid.

Kelly A. Grieco is a resident senior fellow with the New American Engagement Initiative at the Atlantic Council’s Scowcroft Center for Strategy and Security.