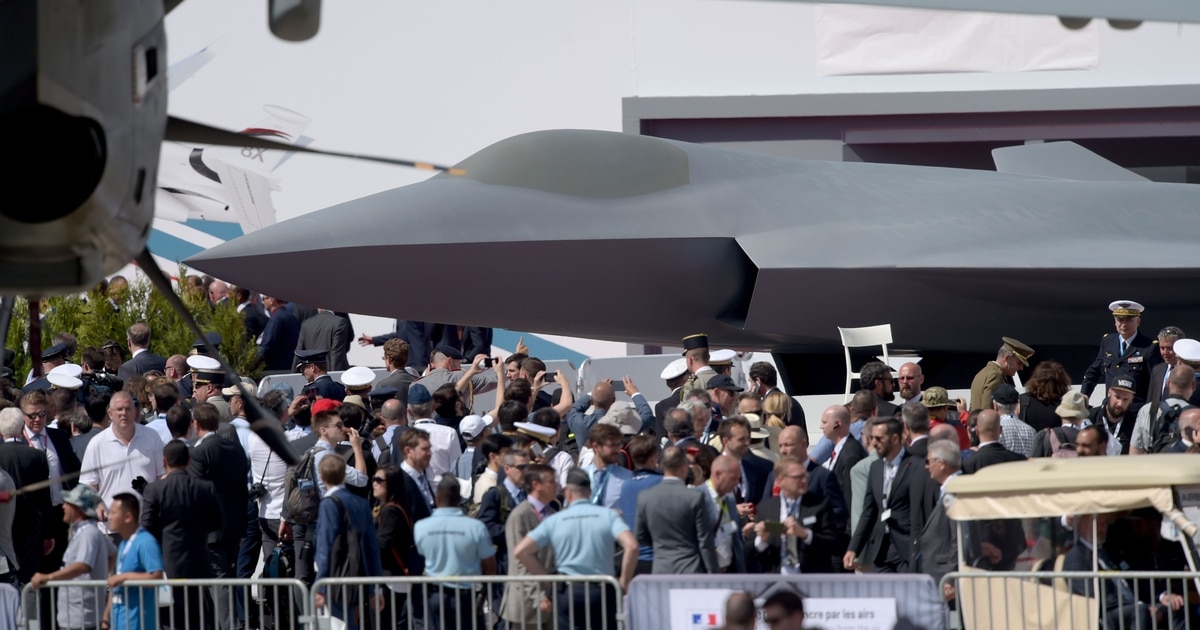 Program nations have always considered Germany’s parliamentary approval a potential bottleneck, so the Bundestag’s Budget and Defence committees’ blessing was something of a final hurdle to kick the research program into high gear.

Berlin will spend upward of $4 billion on the trinational phases 1B and 2, which include design and some initial work toward a flyable aircraft prototype. Given the assumption that France and Spain would contribute similar amounts to FCAS, an eye-popping $12 billion or more is slated to go toward the development stage, set to begin after 2027.

German lawmakers made note of the political pressure they felt to let the program advance, effectively signing off on an investment that is still awaiting the results of a key scoping study, not to mention a shovel-ready industry contract.

In particular, leaders in Berlin and Paris consider FCAS something of an uber-program for Europe that could breathe life into the continent’s defense ambitions — or altogether topple them.

The main industry players are Dassault Aviation and Safran Aircraft Engines for France; Airbus Defence and Space as well as MTU Aero Engines for Germany; and Indra Sistemas and Airbus’ Spanish subsidiary for Spain.

While the program is meant to equally represent all three nations, there are some formal arrangements in place that afford greater prominence to France. For example, the contracting authority resides with the French military procurement agency DGA. And within the management structure, French officials will fill the jobs of program director, technical director and operations lead, with Germany and Spain naming deputies.

Work on the future weapon is split into seven “pillars,” as program officials have come to call the division of labor. Each pillar has one lead company and two supporting companies, ensuring all countries are represented at all levels, though to varying degrees.

Work on the program’s central aircraft — the most prized element — is led by Dassault, with Germany’s and Spain’s Airbus operations as support.

The lead on engine development falls to a German-French consortium of Safran and MTU, with Spain’s ITP Aero as the main subcontractor. The area of unmanned components, which includes drones and manned-unmanned teaming concepts, is led by Airbus Defence and Space and is supported by France’s MBDA and the Spanish SATNUS industry alliance.

Spain’s Airbus subsidiary will spearhead sensor development, with France’s Thales and a German industry consortium of Hensoldt, Diehl Defence, EST, and Rohde & Schwarz in a subcontractor role. Spain, by way of Airbus, also has the lead on the seventh pillar, which is about advanced stealth technologies.

There is also a new deliverable called “Item 0” on the books, German officials wrote to lawmakers last month when they made the case for the program to proceed. Equally shared among the three national primes, the goal is to consolidate study results thus far into a preliminary design for the Next Generation Weapon System — roughly all FCAS elements devoted to combat — and keep tabs on the interplay between the various program pillars.

Given the complicated national and industrial interests at stake, the program promises a turbulent ride in the years ahead. The intellectual property regime alone is all but certain to keep an army of lawyers on their toes for the foreseeable future.

“It’s a really, really complex system; it’s not just an aircraft,” said Jean-Pierre Maulny, deputy director of the Paris-based French Institute for International and Strategic Affairs. As the program progresses, he said, the work has the potential to advance the kind of European arms industry consolidation that officials on the continent have been talking about for years.

Meanwhile, the negotiations so far have shown that “the companies want to protect their interests, which is normal,” Maulny said.

Five takeaways from this year’s Top 100