The military must learn to operate more in the gray zone 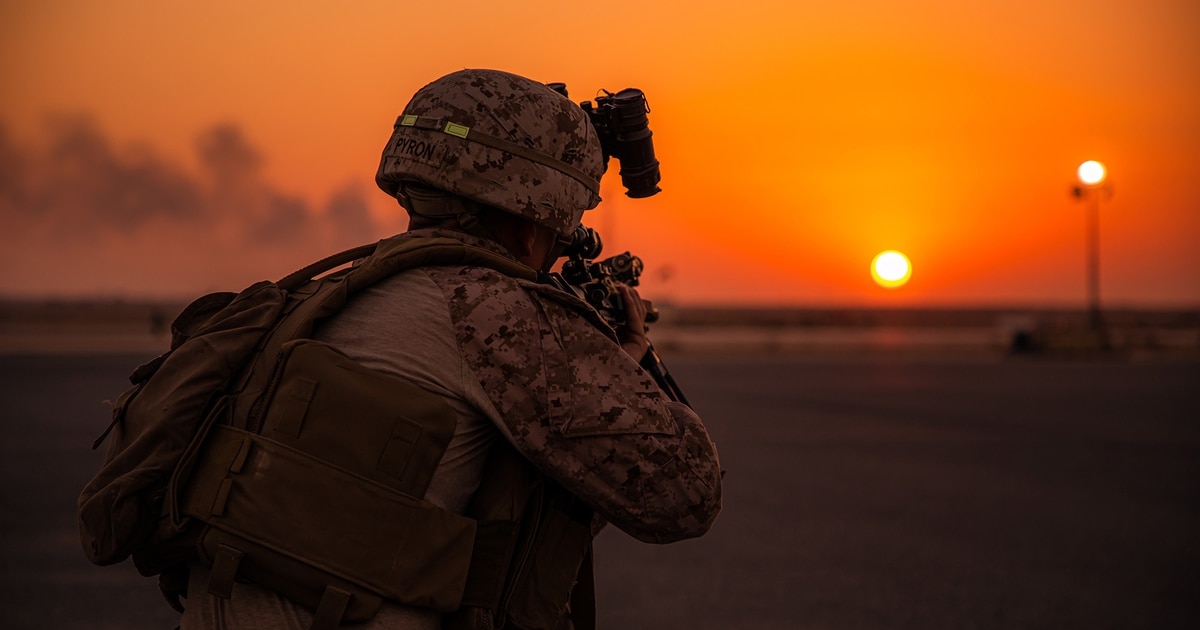 WASHINGTON — As nations are increasingly more active in operations that fall below the threshold of traditional conflict, the U.S. military needs to learn how to respond in kind, contends one Marine Corps commander.

Being more active in this competition, or gray zone space, is somewhat unfamiliar territory for the U.S. military, but it could be beneficial if competition turns into a hot conflict, said Col. Brian Russell, commander of II Marine Expeditionary Force Information Group (MIG).

The MIGs, which exist at each Marine Expeditionary Force (MEF), combine a raft of information capabilities and forces to include cyber, electronic warfare, intelligence and information and psychological operations, to name a few.

Russell said he came to these conclusions while at U.S. Cyber Command participating in Joint Task Force Ares, the online offensive against ISIS, and he believes that effort provides a template for how military forces can participate in this competition space, much of which is occurring in the so-called information environment.

“The competition mechanisms will lead to better defeat mechanisms in conflict. The better conflict outcome might be no conflict because I know my adversary well enough and my flexible deterrent option absolutely avoided the conflict. But that comes from knowing the adversary and knowing the environment well enough to be able to do that,” he said.

It’s one thing to say that the U.S. needs to respond in kind, but it’s another to carry it out at a practical level.

“What I haven’t seen down to my level currently here in II MIG is how the joint force has implemented models of what that competition practically means for military forces, recognizing this is certainly a whole of government approach for great power competition,” said Russell. “But how do you really apply a military force in that construct, something short of war, something short of hostilities.”

The other services have expressed the need to operate in this competition sphere as well.

Competition with sophisticated nation states – especially in the information environment – are pushing the U.S. military to more closely integrate within its services. Russell said that as the commander of II MIG, a big part of his role is to synchronize operations with joint and allied partners.

These information capabilities need to be ingrained early in the planning process, Russell explained. If they’re being asked for at the advent of a conflict, it’s too late.

“Because of the importance of partnerships in this environment, I also reach up and out a lot to our joint force partners in the environment. I reach out to our allied partners in the environment to help synchronize their activities because this is combined arms maneuver,” he said. “Establishing the relationships with some key allies [and] with some key joint force partners to collaborate as early as possible at the planning level, campaign planning before we’re at the point of action where it’s too late to perhaps consider a partner’s equities, perspectives or authorities and capabilities.”

He said partners – be they interservice or allies – bring a variety of capabilities and authorities that must be taken into account. To achieve desired effects and outcomes, it might not be a Marine Corps unit that is best postured to do it.

Defense experts have asserted that assets from across the services must work together to share data for targeting or intelligence. This could include a notional scenario in which an F-35 passes information to either an Army unit, a carrier strike group, a Marine Corps unit, or even a coalition partner to seamlessly and rapidly understand the information and act upon it.

Ultimately, Russell noted that the real power of new information focused units such as the MIG is not its individual capabilities, but the sum of its parts.

“It’s not any of those individual capabilities or individual authorities that’s most important, it’s how we weaponeer them together to produce outcomes for the MEF commander. It is combined arms for the 21st Century,” he said.

US election: Where things stand in North Carolina