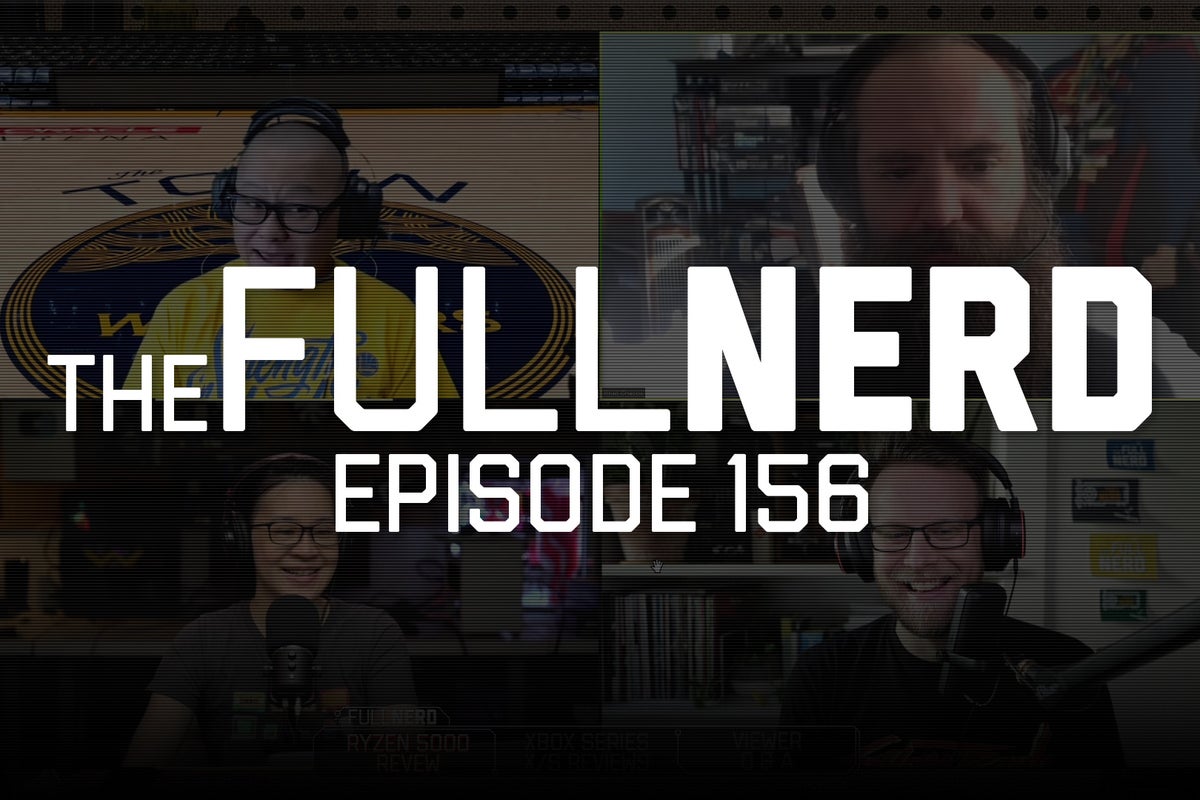 In this episode of The Full Nerd, Gordon Ung, Brad Chacos, Alaina Yee, and Adam Patrick Murray dive into AMD domination in both PCs and gaming consoles.

We kick things off by recapping Gordon’s Ryzen 9 5950X and 5900X review. Bottom line? AMD’s promises were true, and for the first time in a tremendously long time, its chips dominate Intel’s rival Core processors in every possible way. “Ryzen 5000 simply gives no quarter to its Intel arch-nemesis in any single task,” our review declared. “Heavy lifting multi-core work? AMD. Light single-threaded tasks? AMD. Gaming? AMD. PCIe 4.0? AMD. No need to throw away your existing motherboard? AMD.” We dissect what that means on the show.

After that, we discuss Xbox Series X reviews that launched the very same day, ahead of the next-gen console’s November 10 launch. It delivers exceptional value for the hardware inside, prompting PCWorld’s Mark Hachman to opt for one over a new gaming rig, but as Brad breaks down, the battle between the Xbox Series X and gaming PCs isn’t as cut-and-dry as you think. We dig into why that is on the show. Regardless, with Ryzen, next-gen Radeon “RDNA 2” graphics, and a blazing-fast PCIe 4.0 SSD, Microsoft’s console sure is an impressive piece of kit.

And as always, we fielded questions from you, our viewers, listeners, and Discord members.

You can witness it all in the video embedded above. You can also watch The Full Nerd episode 156 on YouTube (subscribe to the channel while you’re there!) or listen to it on Soundcloud if you prefer the audio alone.

Speaking of audio, you can subscribe to The Full Nerd in iTunes (please leave a review if you enjoy the show). We’re also on Stitcher, Google Play, Spotify, or you can point your favorite podcast-savvy RSS reader to: http://feeds.soundcloud.com/users/soundcloud:users:226190044/sounds.rss

Have a PC- or gaming-related question? Email thefullnerd@pcworld.com and we’ll try to answer it in the next episode. You can also join the PC-related discussions and ask us questions on The Full Nerd’s Discord server. Finally, be sure to follow PCWorld on Facebook, YouTube, and Twitch to watch future episodes live and pick our brains in real time!