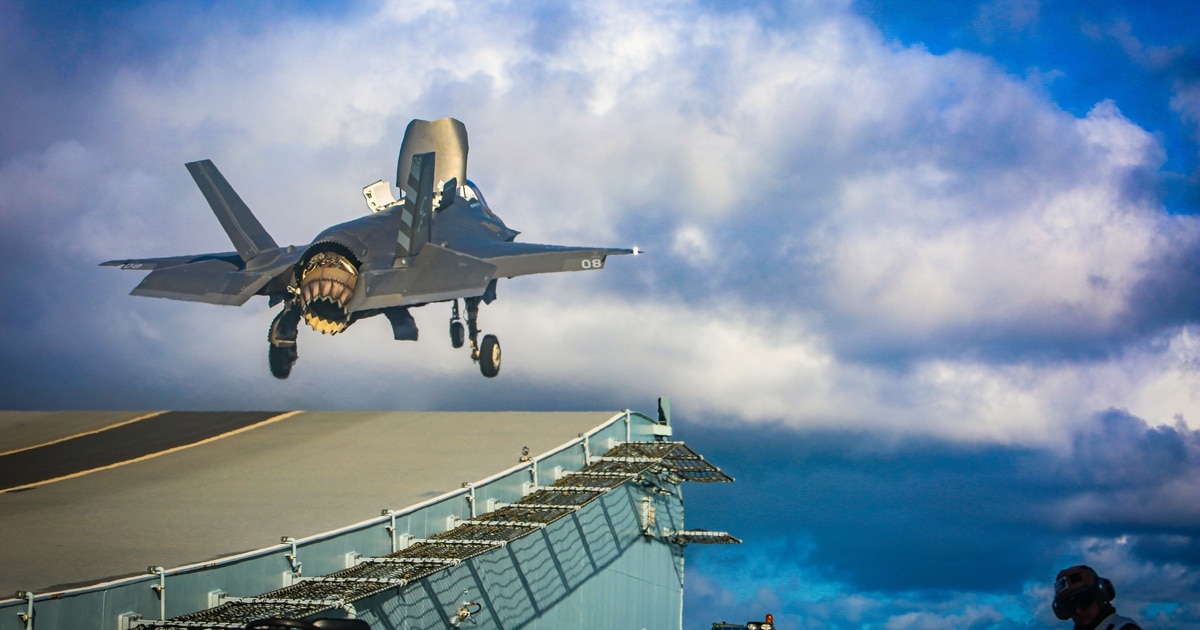 The U.S. State Department recently gave the green light to Finland and Switzerland to purchase the F-35 aircraft. It’s not a fait accompli — the F-35 still needs to win each country’s competitions — but it’s telling that two friendly, but non-NATO, European countries are seriously considering the adoption of America’s fifth-generation, front-line fighter as their own.

The interest of Finland and Switzerland in the F-35 is driven at least in part by the desire for a fighter that won’t be virtually obsolete upon delivery. But moreover, it further underscores the recognized necessity among our allies, partners and friends to improve our collective interoperability, especially among our air forces.

The public tends to associate the F-35 with stealth, and indeed its small signature makes it far more survivable and lethal than fourth-generation legacy airframes when pitted against advanced Russian-made anti-aircraft missile batteries.

But in addition to survivability and lethality, more countries are seeking interoperability with friends and allies, and the F-35 delivers in this crucially important area.

Capt. James Blackmore, the U.K.’s carrier air wing commander, noted the importance of the learning experience gained in working side by side with the Marines. But, he said, “this is much more than that; this is the alliance in action, demonstrating that two close allies can not only fly from each other’s carriers, but can fight alongside each other should we need to. This level of integration offers a decisive flexibility in times of crisis, conflict or war.”

A recent study, written by the think tank Rand and commissioned by U.S. European Command, hails the interoperability of the F-35 as a key element in Europe’s collective defense. The study asserts that “modernization among a number of European air forces, including through the introduction of fifth-generation aircraft, could offer an essential contribution to transatlantic security, enhance deterrence, and provide commanders much-needed combat power and flexibility in the event a major conflict ensues.”

The Rand study notes that NATO members are beginning to learn how to leverage “the F-35′s unique capability to provide battlefield situational awareness in highly contested environments.” The overall takeaway: The F-35 plays a critical role, now and for many years to come, in binding the United States and our European allies together, in peace, competition, or conflict.

Baroness Goldie, the U.K. minister of state for defense, has underscored the points made in the Rand study, highlighting our shared strategic interests in “upholding the rules-based international system.” This message, when carried on a platform consisting of Britain’s newest aircraft carrier with embarked F-35Bs from both the Royal Air Force and U.S. Marine Corps, carries particular weight and emphasis.

Meanwhile, on the other side of the world, America and its allies face a growing challenge from China as it asserts claims to neighboring lands and sea lanes, and pursues rapid military modernization to back up those claims and deny access to U.S. and allied ships and planes in international waters. The HMS Queen Elizabeth’s maiden deployment with F-35s is expected to include the Indo-Pacific, demonstrating that all nations with maritime interests have a stake in meeting the maritime challenges occurring in this region.

The ability of the United States to deploy well within harm’s way, side by side with our allies, is critical to maintaining a credible deterrent posture in the Indo-Pacific region. Again, the interoperability of the F-35 plays a key role.

Very recently, the USS America, a flat-topped amphibious assault ship, conducted integrated air defense and sea control operations with F-35s from Japan’s Air Defense Command. Capt. Luke Frost, the commanding officer of the America, said: “These are the most advanced capabilities to ever sail or fly. America is a fifth-generation amphibious assault platform, built from the keel up to optimize the most advanced capability of the fifth-generation F-35 platform. We are forward-deployed to integrate exactly these advanced capabilities with Japan.”

Allies from Norway to Poland in Europe, and from Australia to South Korea in the Pacific, are already realizing the tangible benefits afforded by the F-35′s interoperability. The F-35′s fifth-generation interoperability helps create connective tissue that reinforces relationships with allies, partners and friends who share common views and commitments. Operating side by side, we are simultaneously broadening and deepening those relationships through demonstrated commitment to each other. That interoperability makes the F-35 a unique and indispensable contribution to improving foreign relations with our allies and friends.

Snow in N.Y.C.: When Will It Start, and How Much Will Fall?

China sends 19 fighter jets toward Taiwan in show of force