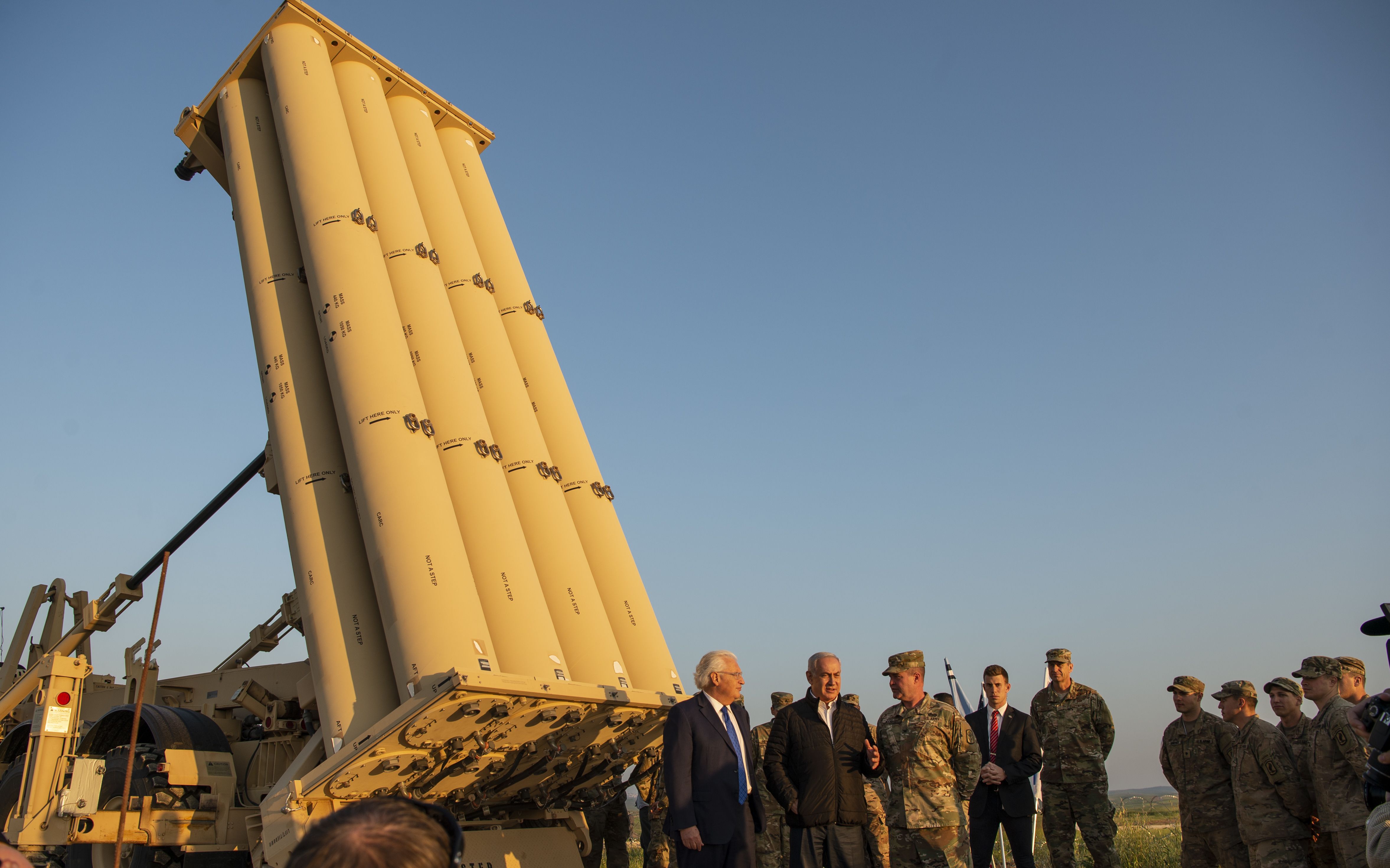 WASHINGTON — A multibillion-dollar missile defense system owned by the United Arab Emirates and developed by the U.S. military on Monday intercepted a ballistic missile during a deadly attack by Houthi militants in Abu Dhabi, marking the system’s first known use in a military operation, Defense News has learned.

The Terminal High Altitude Area Defense System, made by Lockheed Martin, took out the midrange ballistic missile used to attack an Emirati oil facility near Al-Dhafra Air Base, according to two sources granted anonymity because they are not authorized to speak about the UAE’s activities. The Emirati base hosts U.S. and French forces.

“Several attacks, a combination of cruise missiles, ballistic missiles and drones, targeted civilian sites in the UAE. Several were intercepted, a few of them [weren’t], and three innocent civilians unfortunately lost their lives,” Al Otaiba said at a virtual event sponsored by the Jewish Institute for National Security of America.

The Emirati Embassy in Washington did not immediately respond to a request for comment.

The UAE was a key member of the Saudi-led coalition that entered Yemen’s civil war in 2015, after the Houthis had overrun Yemen’s capital of Sanaa the previous year and ousted the country’s president from power. Although the UAE has largely withdrawn forces from the conflict, it remains heavily involved in the war and supports local militias on the ground in Yemen.

U.S. Central Command on Friday confirmed “a potential inbound threat” had forced U.S. service members at Al-Dhafra into their bunkers, in a “heightened alert posture” for about 30 minutes Sunday night. Airmen were directed to keep their protective gear close for 24 hours afterwards.

“Everything was professional and disciplined. The ‘all clear’ was called at 9:27 p.m. local time,” said Capt. Bill Urban, a spokesman for the command. “There was no mission impact.”

THAAD, which is designed to counter short-, medium- and long-range ballistic missiles, was initially developed in the 1990s. It struggled in early testing, but has had a consistent reliability track record in flight tests since Lockheed Martin in 2000 won the development contract to turn THAAD into a mobile tactical army fire unit.

By 2019, the Missile Defense Agency had demonstrated the capability for the THAAD system to remotely fire an interceptor following 16 consecutive successful intercept tests.

The U.S. has deployed THAAD throughout the world, including to Guam, Israel, South Korea and Japan. In 2017, Saudi Arabia agreed to buy THAAD in a deal thought to be worth up to $15 billion. The UAE was the first foreign customer for the system and trained its first units in 2015 and 2016.

The Army operates seven THAAD batteries, but has long had a requirement to field nine total. The MDA has lacked the funding to build the final two, but U.S. lawmakers added funding in the fiscal 2021 budget to build an eighth THAAD battery.

The Houthis have used drones and missiles to attack Saudi Arabia and oil targets in the Persian Gulf over the course of Yemen’s war, now in its eighth year. Monday’s attack was the UAE’s first acknowledgement of being hit by the Houthis. Several civilians have died in Saudi Arabia from cross-border Houthi attacks.

This week, Abu Dhabi asked the U.S. for help bolstering its defenses against missiles and drones and halting weapons from being transported to the Houthis, according to a statement the UAE’s Embassy in Washington posted to Twitter.

In a call Wednesday between Abu Dhabi Crown Prince Mohamed bin Zayed Al Nahyan and U.S. Defense Secretary Lloyd Austin, Austin “underscored his unwavering support for the security and defense of UAE territory against all threats.” The Pentagon has since declined to provide specifics about the UAE’s request.

Ahead of Senate Foreign Relations Committee Chairman Robert Menendez’s meeting with Al Otaiba, Menendez said, “We’ll see what their request is. I certainly recognize some of the challenges they’re having.”

Congressional aides said lawmakers have generally been open to Abu Dhabi’s requests for weapons to defend against Houthi attacks, but Emirati officials are likely to face questions over the country’s growing ties to China and accusations its forces have intervened in Libya’s ongoing war.

U.S. officials would also have to consider the suitability and production schedules for the equipment Abu Dhabi is requesting, according to a Senate aide granted anonymity to talk about diplomatically sensitive arms sale talks. If the UAE is seeking Patriot missiles, there’s reportedly an interceptor shortage fueled by Houthi drone and rocket attacks against Saudi Arabia.

“The Saudis are using up their Patriots at a good clip, and these things, you don’t just pick them up at Walmart,” the aide said. “The Emiratis could be asking for things very appropriately, but before anything comes from it and arrives in country, it could be years.”

Gulf Arab states, as well as the U.S., U.N. experts and others, have previously accused Iran of supplying arms to the Houthis, a charge Tehran denies.

Bilal Saab, a former Pentagon official now at the Middle East Institute, said the Houthis’ use of missiles suggests Iranian involvement, even after diplomatic talks in December between Iranian and Emirati officials in Tehran.

”Clearly those talks were ineffective,” Saab said. “The very use of ballistic missiles signals to me that the Iranians knew about it, were on board or at least had a role.”

President Joe Biden said Wednesday his administration, following the strikes, is considering restoring the Houthis to the U.S. list of international terrorist organizations.

Al Otaiba had urged the move, and the Emirati Embassy welcomed it in a statement that said, “Case is clear — launching ballistic and cruise missiles against civilian targets, sustaining aggression, diverting aid from Yemeni people.”