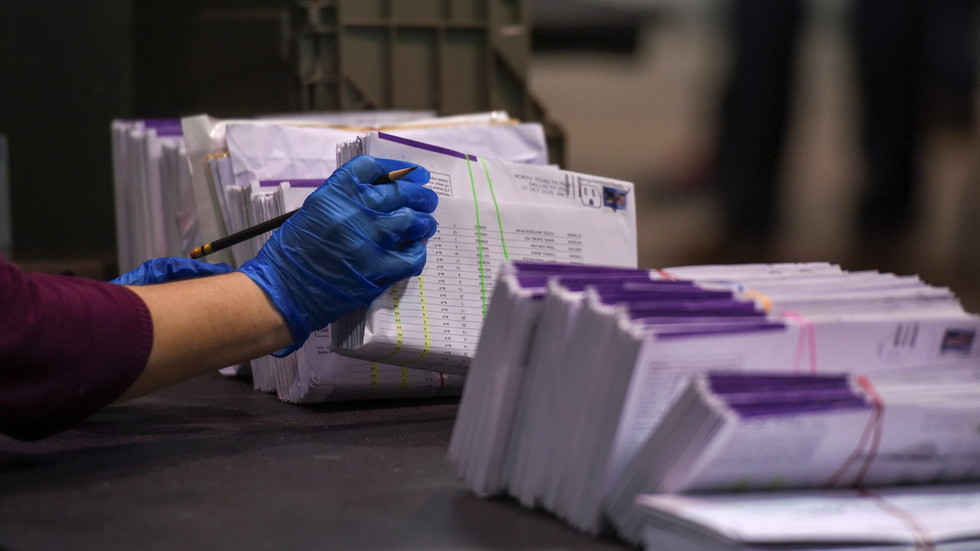 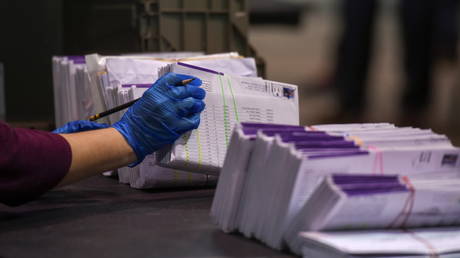 A Texas woman faces up to a decade behind bars after being charged with over 130 felony counts linked to election fraud, state officials said, alleging that she illegally submitted registration forms on behalf of scores of voters.

Social worker Kelly Reagan Brunner was hit with 134 election fraud counts on Friday, accused of sending in applications for 67 residents “without their signature or effective consent, while purporting to act as their agent,” Texas Attorney General Ken Paxton said in a press release.

“Registering citizens to vote or to obtain mail ballots without their consent is illegal,” Paxton went on.

It is particularly offensive when individuals purport to be champions for disability rights, when in reality they are abusing our most vulnerable citizens in order to gain access to their ballots and amplify their own political voice.

Brunner works at one of Texas’ State Supported Living Centers, government-run facilities for the mentally handicapped. While Texas residents may act as an “agent” for another voter under certain circumstances, state law allows only a “parent, spouse or child who is a qualified voter” to do so. By all indications, Brunner was not related to any of the 67 individuals in question, some of whom have been “declared totally mentally incapacitated by a court, thereby making them ineligible to vote in Texas,” the AG’s press release added.

Also on rt.com
Like taking a knife to a gunfight, foreign observers take unprecedented step of blasting Trump’s claims of a ‘stolen election’


It remains unclear what Brunner intended to do had she successfully submitted the registration forms, but the alleged fraud scheme could land her in prison for up to 10 years if convicted.

Limestone County, where Brunner worked and the location of the purported fraud attempt, voted overwhelmingly to re-elect President Donald Trump on Tuesday, who has repeatedly alleged widespread fraud in the 2020 presidential race linked to the mail-in ballot system. Though no definitive proof has yet emerged for significant irregularities, in an effort to root out any malpractice the Trump campaign has filed legal challenges across several states yet to be called for either candidate.

With the states that have already been called for the Democratic challenger, Biden stands a hair’s breadth away from securing the 270 electoral votes needed for victory. The former VP now leads in Nevada, Pennsylvania and Georgia after having wiped out a sizable advantage received by Trump on election day. A victory in any of these states will suffice to make him the winner of the nail-biting contest. However, Trump vowed to dispute the election results, and uncertainty remains over the fate of electoral votes in Arizona. While the state was called for Biden several days ago, the gap has since closed between the two candidates, as ballots from Republican-leaning districts are tallied.

Also on rt.com
Election glitch in Michigan county accidentally hands Democrat a win, flipping it to Republican once fixed

Jumping the Gun? People Take to Streets of US Cities to ‘Celebrate Joe Biden’s Victory’