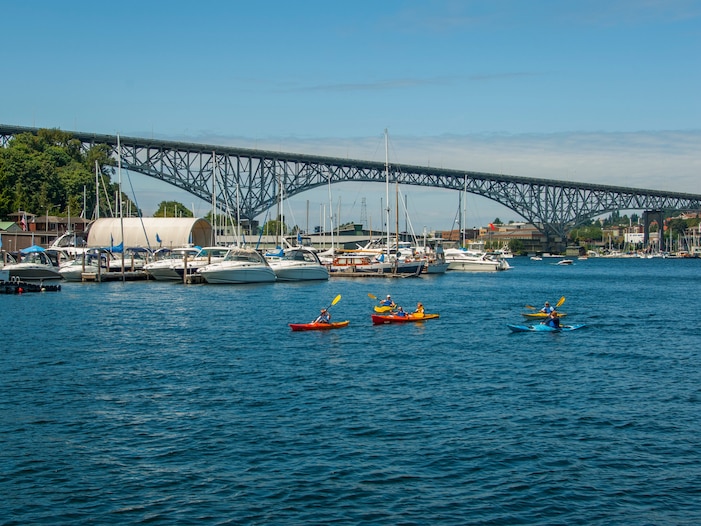 This comes just a week after the aircraft giant reported its fourth straight quarterly loss and announced thousands of job cuts.

The yacht was built in 1997 by luxury builder Delta Marine, and is moored at Nautical Landing on Lake Union, Washington.

Boeing used the 130-foot yacht to entertain its corporate customers.

During summer months, the yacht often served as a floating hotel at Vancouver Island, the Journal reported, and the company used it for fishing trips and private meetings with clients.

During the winter, the yacht hosted formal dinners, which were bid for at charity auctions.

The Puget Sound Business Journal didn’t name the developer who bought the yacht, but reported that he will spend five months modifying it before taking it to San Diego, where he owns a 112-foot luxury motor yacht.

The buyer also bought an 80-foot fishing yacht to accompany the Daedalus, sources told the publication.

Boeing told Business Insider that it had no comment on the deal.

Read more: The president of Emirates reveals how the glitzy airline’s hopes have turned to shipping cargo to stay afloat as the pandemic ravages international travel

The company has been hit hard by the COVID-19 pandemic, which has ground air travel to a near-halt and forced airlines to cut costs.

The company recorded a $466 million loss in the quarter to September, making it the fourth straight quarterly loss for the aircraft giant.