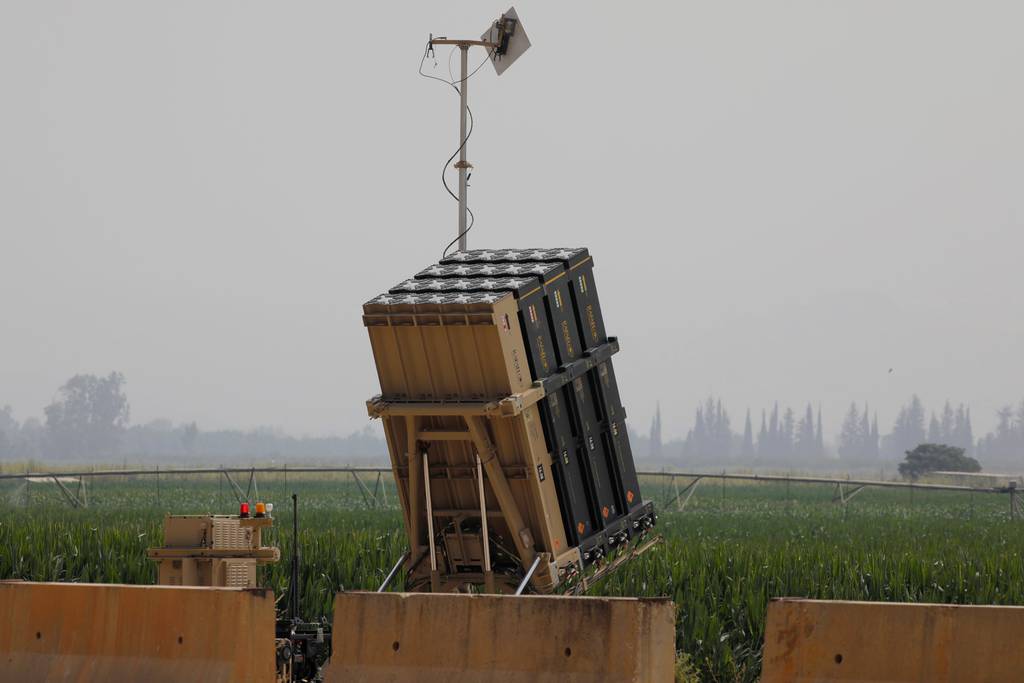 The LAMD concept model was displayed at the Seoul International Aerospace and Defense Exhibition 2021 at an air base in Seongnam, south of Seoul. The LAMD consists of a missile launcher, a command post and a multifunctional radar.

LIG Nex1 displayed a missile that is expected to be modified from the company’s Korean Surface-to-Air Anti-Missile, or K-SAAM, co-developed by the Agency for Defense Development.

An LIG Nex1 official said the missile is to be fitted with an active radar seeker for terminal guidance and capable of intercepting targets up to 7 kilometers away at a maximum altitude of 5 kilometers. The launcher has 16 launch containers in a 4×4 arrangement and is expected to be mounted on a semi-trailer.

“LIG Nex1 has developed and produced a wide range of defense systems for air defense, surveillance, command-and-control, communications, and electronic warfare,” the company said in a press release. “Taking advantage of accumulated technologies and knowhow on systems integration, engagement control, precise tracking and others, we will contribute to developing a state-of-the-art missile interceptor to defend against North Korea’s growing threats of artillery pieces.”

The LAMD is part of South Korea’s efforts to build an advanced layered air defense network that includes land- and ship-based missile defense systems. The LAMD is focused on neutralizing incoming artillery rockets from the North to defend the Seoul metropolitan area in the South, as the North Korean military is believed to have deployed hundreds of long-range artillery pieces along the Military Demarcation Line.

The South Korean military was considering buying the Israeli Iron Dome, but changed its mind given the Israeli air defense system was developed to deter mortar shells, which is less powerful than artillery rockets and short-range ballistic missiles fired by the North.

The request for proposal for the LAMD system is to be issued next year, with a goal to deploy the air defense systems in the early 2030s.

Besides LIG Nex1, Hanwha Systems is expected to compete for the $2.4 billion acquisition program by offering its long-range surface-to-air radar and other sensor systems.

A joint Chinese-Russian naval armada has sailed around Japan following a joint exercise in the Sea of Japan, sailing through a narrow international waterway between two of Japan’s main islands.

Korea Aerospace Industries, or KAI, showcased this week a concept model of an electrically powered basic trainer aircraft during the Seoul International Aerospace and Defense Exhibition 2021 at an airbase in Seongnam, just south of Seoul.