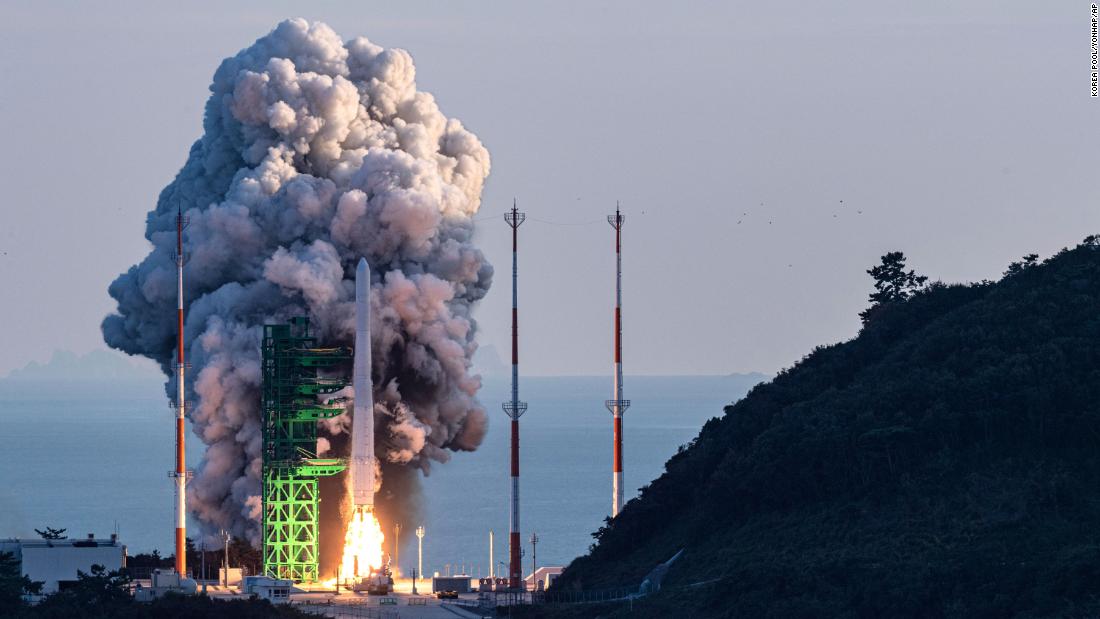 “Unfortunately, we haven’t been able to reach our goal perfectly, but it was a wonderful achievement for a first trial,” Moon said. “We still have an unfulfilled goal, which is sending the dummy satellite into orbit safely.”

Moon said the rocket nevertheless completed all flight sequence, reaching an altitude of 700 kilometers (435 miles) above Earth, saying, “I’m very proud of it.” Moon added that South Korea will launch its Nuri rocket five more times by 2027, with the next launch scheduled for next May.

If Thursday’s mission had been successful, South Korea would have been the seventh country in the world to have developed a space launch vehicle that can carry a more than 1-ton satellite, after Russia, the United States, France, China, Japan and India, according to the Korea Aerospace Research Institute (KARI).

The country has struggled to keep up with its Asian neighbors in the space race. South Korea’s first two carrier rocket launches in 2009 and 2010, which used Russian-developed engines, both failed to reach orbit. In 2013, South Korea finally succeeded in sending a carrier rocket into low Earth orbit — but this, too, was developed using Russian technology.

The Nuri — “world” in Korean — is South Korea’s first homegrown rocket using its own technology, opening the door to a range of future satellites and missions.

Space launches have long been a sensitive issue on the Korean Peninsula, where North Korea faces sanctions over its nuclear-armed ballistic missile program.

South Korea’s space plans include launching a range of military satellites that can conduct surveillance, navigation and communications in the future — but officials deny the Nuri has any use as a weapon itself.

Having its own launch vehicle would give South Korea the flexibility to determine payload types and launch schedules, as well as protect “confidential” payloads such as spy satellites, officials told Reuters. So far, South Korea has remained almost totally reliant on the US for satellite intelligence on its northern neighbor.
The country also has its sights set on other realms of exploration: its first lunar orbiter, developed in partnership with NASA, is scheduled to launch in August next year. It will orbit the moon for about a year, marking the first South Korean mission to travel beyond Earth’s orbit.

Travel to Japan during Covid-19: What you need to know before you go

A silent killer is choking India’s capital. For millions, there’s no…