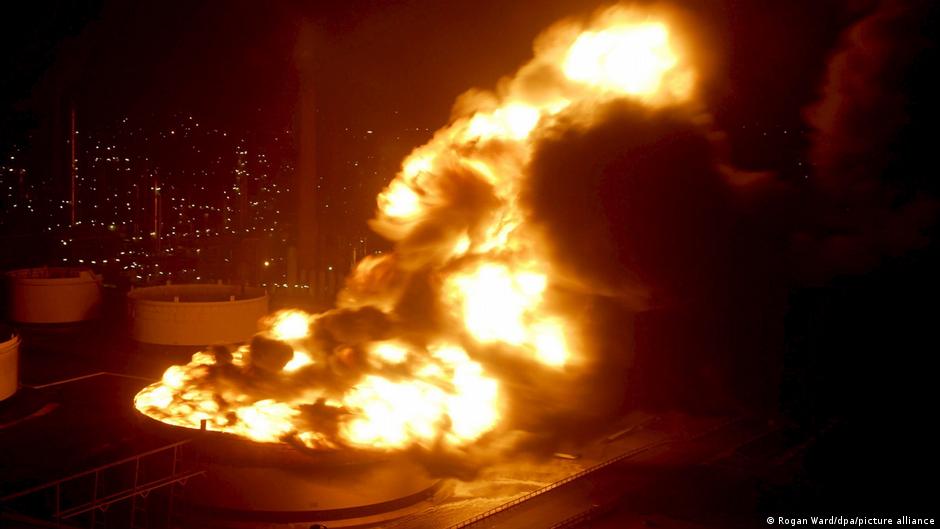 Seven people were hospitalized after an early-morning explosion and fire at an oil refinery near the harbor in the South African city of Durban on Friday, emergency services officials said.

Residents say the explosion happened early in the morning as children were preparing for school, local media reports. Eye witnesses who shared the incident on Twitter said the explosion started shortly after 7 am local time.

Authorities haven’t said what caused the blast. All seven injured people were workers at the refinery, paramedic Garrith Jamieson said. He said six of the workers were being treated for smoke inhalation and the other injured their hip in a fall while trying to escape the fire.

Jamieson said that fire engines, bomb squad units, metro police and search and rescue personnel were on the scene.

Emergency services spokesman Robert McKenzie said the fire was now out. He said there had also been a fire at a nearby apartment complex which fire services also put out. Mckenzie said it was unclear if the two fires were connected. No one was hurt at the apartment complex, he said. Social media users shared videos of fire engines putting out the flames.

The refinery is owned by South African oil company Engen and is listed as the second biggest in the country. It has a crude oil refining capacity of 120,000 barrels per day (bpd), according to Engen.

Engen said a fire burned at the refinery for about an hour and 35 minutes but didn’t mention an explosion. The cause of the fire was under investigation, the company said. It was not immediately clear if there was any impact on the refinery’s production.

The country’s third-biggest crude oil refinery, a 100,000 bpd facility operated by Astron Energy in Cape Town, was also rocked by an explosion earlier this year.

Marine Engines Market worth $13.7 billion by 2025 – Exclusive Report by MarketsandMarkets™