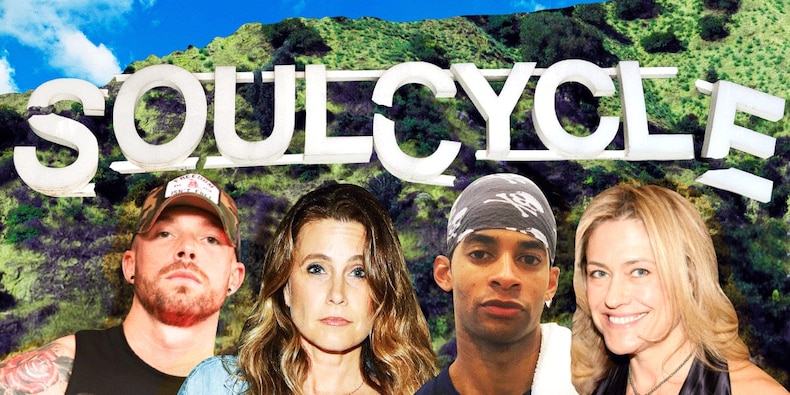 Hello everyone! Welcome to this weekly roundup of Business Insider stories from co-Editor in Chief Matt Turner. Subscribe here to get this newsletter in your inbox every Sunday.

We now have two promising coronavirus vaccines, with Moderna’s promising results this week backing up those from Pfizer the previous week.

That has some employers already wondering whether they can make it mandatory for employees to get vaccinated, Yoonji Han and Jack Newsham reported. You can read their story in full here:

In August 2014, Jennifer Brody was working as a studio manager at California’s Palo Alto SoulCycle when she met Conor Kelly, a “master instructor” with SoulCycle. Kelly was in town from the East Coast to teach a class.

After riding in his class, Brody, who is a Black woman, said she changed out of her workout clothes and put a bandana on her head. When she passed Kelly in the studio, she said, he laughed and said “Whoa — Aunt Jemima!” in an apparent reference to the syrup and pancake brand.

“That he felt OK calling me ‘Aunt Jemima’ in the middle of a studio lobby in Palo Alto was disgusting,” Brody recently told Business Insider. Brody said she told a couple of instructors of color about Kelly’s remark, but she didn’t officially report it because, she believed, “There wasn’t anyone who would have cared.”

“SoulCycle kind of turned the cheek on a lot of stuff as long as they were making money,” Brody added.

In January, Stéphane Bancel, the chief executive of Moderna, was skimming through the news on his iPad while vacationing with his family in the south of France. A headline stopped his finger: “Health Officials Work to Solve China’s Mystery Virus Outbreak,” The Wall Street Journal reported on January 6.

The Frenchman, who is 48, wrote an email to Dr. Barney Graham, a vaccine researcher at the US National Institutes of Health, asking him what he knew about these pneumonia cases cropping up in central China.

Graham said he didn’t yet know the identity of the mysterious virus, but within a few days it was identified as a novel coronavirus. Bancel urged the Graham to let him know when government scientists had the virus’ genetic sequence.

His company, Moderna, was ready to get to work.

Now, less than a year later, Moderna and the NIH have developed a vaccine that appears to be highly effective at preventing people from coming down with COVID-19, the disease caused by that new virus.

When Larry Page and Sergey Brin stepped away from their day-to-day duties at Alphabet last year, an informal agreement with CEO Sundar Pichai was made: the two billionaire cofounders would make themselves available whenever Pichai called, but they would not initiate contact.

It was an important acknowledgement that Pichai, the understated, 48-year-old engineer who rose through the ranks, was now the sole decision maker at the helm of an internet powerhouse that includes Google, YouTube and Android.

The founders’ arrangement also signaled that the grueling task of steering the company through  some of the biggest crises in its history was now Pichai’s problem.

Ever since Amazon bought the online pharmacy PillPack in 2018, industry insiders have been waiting for Amazon’s big move into the prescription-drug business.

On Tuesday, it finally came, triggering a sell-off of shares for distributors, retail pharmacies, and health plans alike.

Here are some headlines from the past week that you might have missed.

A Joe Biden presidency could transform homeownership. Here are the winners and losers of his real-estate policies.


Kevin O’Leary of ‘Shark Tank’: Why I’m betting big on psychedelics, and how investors should be thinking about this opportunity

Inside SNKRS: How a group of Nike employees went ‘unconventional’ to build a chart-topping app that would forever change the sneaker landscape

David Bradley has talked to 100 people in his search for The Atlantic’s next CEO. Who in the world are they? We found some names.

Snap has acquired Voisey, a hot new music app that looks an awful lot like TikTok

How Trump Hopes to Use Party Machinery to Retain Control of the G.O.P.