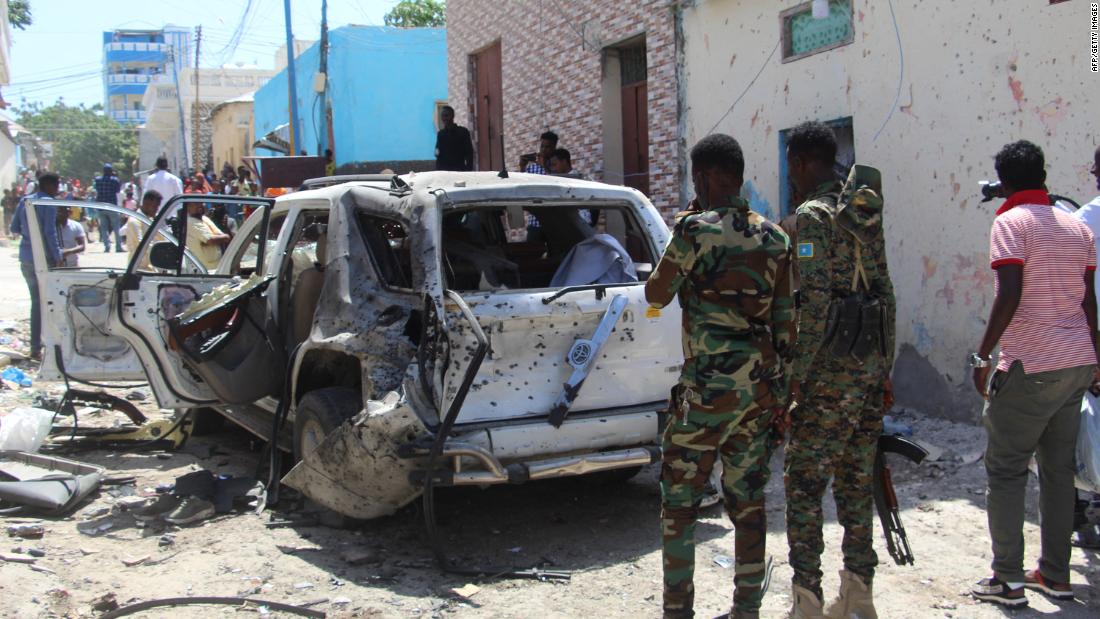 State media outlet SNTV News reported on Sunday that Moalimu was injured “in a cowardly terrorist suicide attack [that] targeted his car,” in Waaberi, a district of the Banaadir region of Somalia.

Waaberi district is a neighborhood in the southwestern part of the capital city Mogadishu.
While the state media report did not name a suspect or organization responsible for the attack, Somalia has been racked by terrorism from militant group Al-Shabaab — an affiliate of al Qaeda — in recent years.
In March 2021, Al-Shabaab claimed responsiblity for a car bomb blast that killed at least 20 people in Mogadishu. Two years earlier, the group claimed a truck bombing that killed 85 people outside the country’s capital.

“I have received with shock the news of the heinous attack this morning. I am deeply hurt knowing your sacrifice and input to help improve Government communications following your successful contribution to our Somali Media,” Hashi said on Twitter.