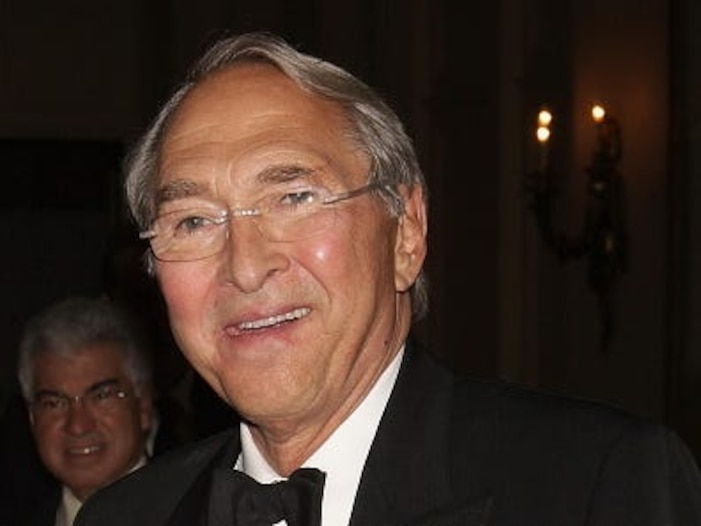 Sheldon Solow, a billionaire developer known for erecting eye-catching, luxury skyscrapers in Manhattan and for a fierce litigious streak with tenants, partners, and rivals, has died at the age of 92. The cause of death wasn’t immediately known.

Solow was a bold-faced name among a generation of New York City builders who amassed great fortunes raising office and residential towers beginning in the mid 20th-century, decades before commercial real-estate largely became the province of investment firms, pension funds, and public companies.

Solow’s death potentially leaves billions of dollars of high-profile assets in flux. And the market for such property is uncertain amid an economic downturn and a pandemic that could rewrite values for office and residential space in the city as tenants embrace remote work and residents have fled the city.

Stefan Soloviev, Solow’s 44-year-old son, had been increasingly involved in his father’s real-estate empire in recent years, but it remains unclear whether he will take the mantle of Solow Building Management, his family’s real-estate firm, or move to sell properties within its portfolio.

Soloviev, who uses the surname of Solow’s immigrant parents before it was Americanized, has spent his career largely outside of New York City real estate, amassing one of the largest troves of agricultural and cattle ranching land in the American west.

Solow’s wealth had recently been valued at roughly $4.4 billion.

Soloviev did not respond to a request for comment.

Solow is perhaps best known for building 9 West 57th Street in the early 1970s, a 50-story office tower overlooking Central Park that has been home to some of Wall Street’s biggest and most prestigious names, including KKR and Apollo Global Management, although the former is in the process of relocating from the property to the Hudson Yards. The building remains one of the city’s best office addresses.

“People told Sheldon that he would never lease 9 West because it has columns in the corners so you couldn’t have corner window, which were considered essential,” said Woody Heller, a friend of Solow’s who is a vice chairman at Savills, referring to the large travertine columns that bookend 9 West 57th Street’s signature curving facade. “It’s still one of the top two or three buildings in the city.”

Solow was as well-known for engaging in bitter legal battles as he was for his architectural and dealmaking triumphs.

A agreement to develop a sprawling vacant land site on Manhattan’s East Side with the large New York City landlord, Fisher Brothers, for instance, boiled over into animosity and litigation a decade ago.

One source who attended a meeting between Arnold Fisher, a senior partner at the firm, and Solow, at the time, recounted that discussions between the men grew so contentious that they nearly came to blows. Solow eventually settled the dispute with the Fishers and took sole control of the six-acre site, which remains vacant today. He developed a residential condo tower on a neighboring site that was acquired as part of the deal in recent years.

Solow also sued Conseco, an insurance and finance company, over its sale of the General Motors Building to rival landlord Harry Macklowe in 2003, alleging that the $1.4 billion deal unfairly passed over Solow’s offer for the trophy property, which is often compared to 9 West 57th Street. In 2009, the case was dismissed.

Some of those closest to Solow during his career remembered him fondly.

“I saw through the bark and bite that most people experienced and I knew the real man deep down,” said Steven Cherniak, a former senior executive at Solow Building Company who left the company in 2008 and later sued Solow for compensation he claimed he was owed. “He was a man full of vision and creativity and pure, unchallenged determination. We had we had our differences like everyone does, but he’ll be sorely missed.”

Have a tip? Contact Daniel Geiger at dgeiger@businessinsider.com or via encrypted messaging app Signal at +1 (646) 352-2884, or Twitter DM at @dangeiger79. You can also contact Business Insider securely via SecureDrop.