SFAB soldiers are heading out in smaller teams to more places 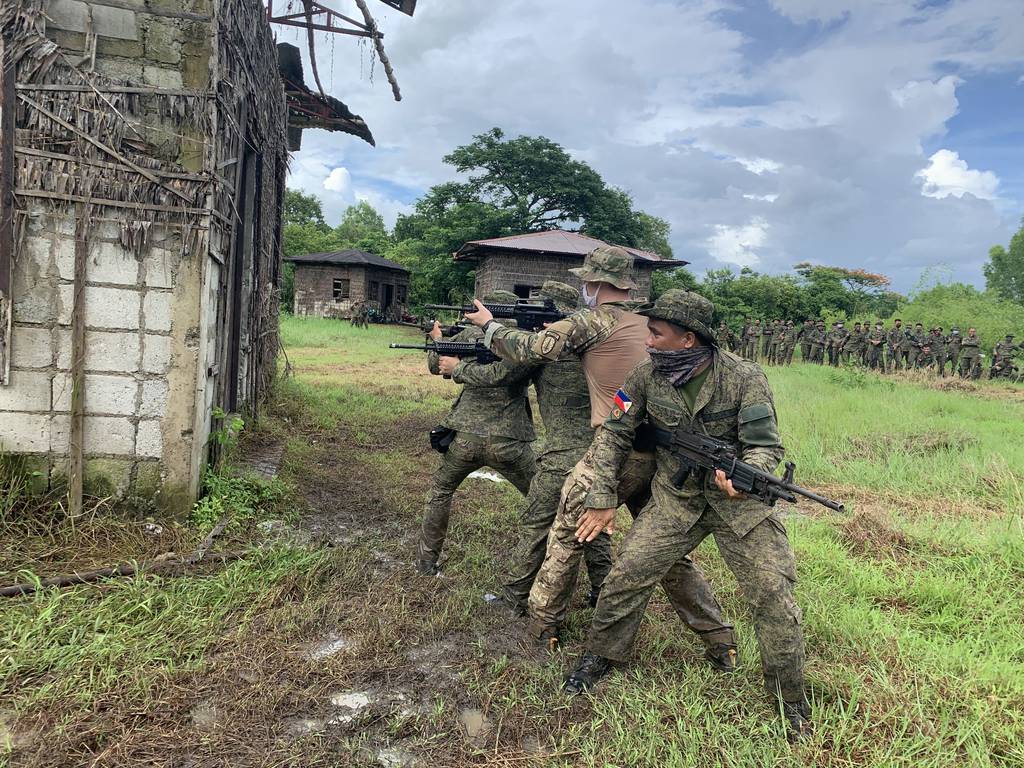 The Army’s security force assistance brigades have revamped how they deploy soldiers since their first major deployment to Afghanistan. Now, its about small teams, regionally aligned to different parts of the world.

Maj. Gen. Scott A. Jackson, head of Security Force Assistance Command, said that when 1st SFAB deployed to Afghanistan shortly after its 2017 inception, all 800 soldiers went to focus on that one country.

Now, they’re dispatching teams of four to 12 soldiers, headed by a captain, to work in one location for months or even a year at a time. For this past fiscal year, SFAB soldiers were deployed to 41 countries.

“And that was a building year,” Jackson said.

SFABs were regionally aligned 18 months ago to all of the geographic combatant commands except U.S. Northern Command.

“We’ve decentralized it around the world,” Jackson said Wednesday at the Association of the U.S. Army’s annual meeting.

There have been senior NCOs and officers command units in early SFABs, who then left for a time, before returning to the enterprise, Jackson told Army Times after the presentation. But Jackson doesn’t want to see overspecialization — soldiers who spend their careers inside SFABs.

“I am totally against a career path,” he said.

The SFABs want troops who are proficient in their own areas of work, whether that’s squad tactics or logistics or maintenance. To retain that expertise, soldiers need to be able to rotate back to regular Army units and training schools after serving stints in an SFAB.

Though the expertise in fundamentals “is what gets you in the door,” Jackson said, keeping soldiers humble in the host nation is what keeps them there. The goal isn’t to build a template and just drop in U.S. military procedures on a foreign force that has its own way of doing things.

About 18 months ago, leaders in Djibouti wanted help building “Rapid Intervention Battalions.” Jackson said that foreign military sales approved the proper gear to build what ended up being well-equipped light infantry battalions — but without the training. At least, initially.

The SFAB command dispatched Capt. Justin Shaw, who was given 30 days to engage, assess and come up with a five-year training plan for the new battalions.

Now, instead of soldiers sitting around in the sand learning to disassemble weapons, they’re running complex mounted and dismounted live-fire exercises and have already been deployed to the Djibouti border, Jackson said.

In summer 2020, a team of four soldiers, including their captain, deployed to Honduras following the first of what would be two major hurricanes. The initial mission was to train up the nation’s engineer battalion.

But when the second hurricane hit, the team went out with the engineers and, for a month, went sector by sector, reporting back to the U.S. ambassador the conditions and needs on the ground, Jackson said.

Then there’s the tactical nature of what the teams are doing that can have a strategic impact.

The host nation officials were glad to have them but, being sandwiched between Russia and China, were a little wary of the optics. They asked the team to keep a low profile, Jackson said.

“For four months, these guys stayed out of sight, out of mind, they trained field artillery, helped build a training center for the Mongolian army,” Jackson said. “They had huge tactical impact.”

When the Mongolian chief of land forces held a ceremony to honor the work of his soldiers, he asked the SFAB team to present awards publicly to the Mongolian soldiers.

Sitting in the seats? The Russian and Chinese delegation officials.

It was a soft blow that falls in line with Jackson’s push to use the SFAB teams to slowly woo foreign partner forces.