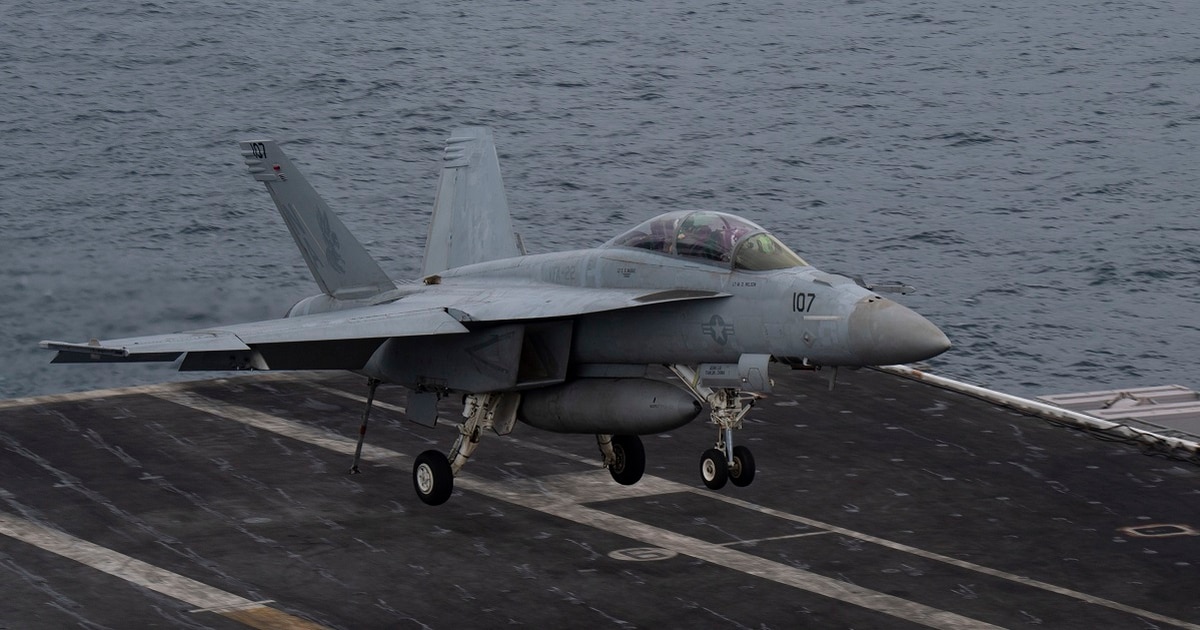 As the Pentagon warily eyes a Chinese military with increasing naval capability, U.S. Navy Secretary Kenneth Braithwaite called this week for the establishment of a U.S. 1st Fleet, a new numbered command that would sit at the vital crossroads of the Indian and Pacific oceans.

But while Braithwaite characterized the effort as well underway, Navy officials said that no decisions have been made per the timing and location of a potential 1st Fleet.

“I haven’t had a chance to talk to the new acting secretary of defense about this … but I’ve crossed all the other T’s and dotted all the other I’s,” Braithwaite said Tuesday at the Naval Submarine League’s annual symposium.

Christopher Miller was named the acting SECDEF earlier this month after President Trump fired Mark Esper as the Pentagon’s leader.

Braithwaite said a 1st Fleet would bolster the Navy’s Indo-Pacific footprint and take some of the burden off the Japan-based U.S. 7th Fleet, which is currently tasked with overseeing more than 77 million square miles, spanning from the international date line to the India-Pakistan border, up to the Kuril Islands off Russia and down to the Antarctic.

Such a fleet would expand regional partnerships as well, with the aim of countering an ascendant and increasingly assertive Chinese military.

“We can’t just rely on the fleet in Japan,” he said. “We have to look to other allies and partners, like Singapore, like India, and put a numbered fleet where it would be extremely relevant if, God forbid, we were to get in any kind of dustup.”

Navy Secretary Kenneth Braithwaite called this week for the establishment of a U.S. 1st Fleet near the intersection of the Indian and Pacific oceans. (Navy)

Braithwaite’s spokesman, Capt. Jereal Dorsey, said in a statement Wednesday that “no decisions have been made on timing or location for the establishment of an additional numbered fleet in the Indo-Pacific.”

“The Navy continues to review our organizational structure and force posture, in coordination with combatant commanders and our allies, to ensure we can most effectively meet the maritime challenges we face around the world,” he said.

Singapore’s government said in a statement Wednesday that, other than an agreement to rotate four U.S. littoral combat ships into Singapore, there had been “no further requests or discussions with the U.S. Department of Defense on additional deployment of U.S. ships in Singapore.”

Braithwaite framed such needs against the backdrop of an existential threat from China.

“The United States alone will never be able to stand up against the (People’s Republic of China) without having our allies and partners close to us,” he said.

While Trump has regularly questioned the utility of alliances like NATO, Braithwaite called such sentiments “a bunch of crap.”

“We are all stronger standing together,” he said. “You can visualize a NATO that takes in all democratic nations of the world … you’re talking Indonesia, Australia, Japan, India … in addition to the Western European nations.”

“China wouldn’t be able to stand against us,” Braithwaite added.

New Delhi has increasingly cast a wary eye on the Chinese navy, and the recent Malabar exercise in the Bay of Bengal brought together American, Australian, Japanese and Indian naval forces to learn how to better operate together.

Braithwaite said Tuesday that a 1st Fleet headquarters might end up in Singapore or elsewhere and could start out as an expeditionary command.

“Move it across the Pacific until it is where our allies and partners see that it could assist them as well as assist us,” he said.

Braithwaite said he will travel to India in the coming weeks to discuss the country’s security concerns.

“I want to ensure that … as I look back on the time that I have in this role, that it opened the door to these nations recognizing the challenges that they have and offer them the kind of support that … we, the United States Navy, can provide, but also seek their partnership and alliance with us,” he said.

The Chinese navy now has more vessels than the United States, he noted.

“Thankfully, our capabilities are much greater, which can be used to give us the edge, but that’s only a matter of time,” Braithwaite said. “That is the bubble that I am chasing each and every day sitting in this office.”

There are several reasons why Braithwaite’s aspirations for a 1st Fleet might not become reality, according to Dr. James Holmes, a professor of naval strategy at the Naval War College.

Primarily, Braithwaite may no longer be SECNAV when Biden’s presidency begins in January.

“If he’s a constituency of one for a new fleet and the constituency is gone, the idea will disappear,” Holmes said in an email.

Holmes also wondered how much the idea had been bandied about with potential hosts.

“Singapore and Australia are close friends and allies, but they are also leery of committing in advance to U.S.-led operations,” he said. “They could be entrapped in something their political leaders choose to remain aloof from. No government wants to foreclose its options.”

U.S. military commands in Japan, Korea and other NATO nations were all borne out of major wars, and standing up a 1st Fleet would entail “a strategic competition without a war as the precursor,” Holmes noted.

“We would be asking our allies to admit us before the war rather than already being on the ground and deciding to stay,” he said. “We helped found NATO at the outset of a major strategic competition known as the Cold War, but we were already in Europe to help clean up the aftermath of WWII.”

Any future 1st Fleet will require winning over regional allies.

“They won’t just do it because we think it’s a nifty plan,” Holmes said.