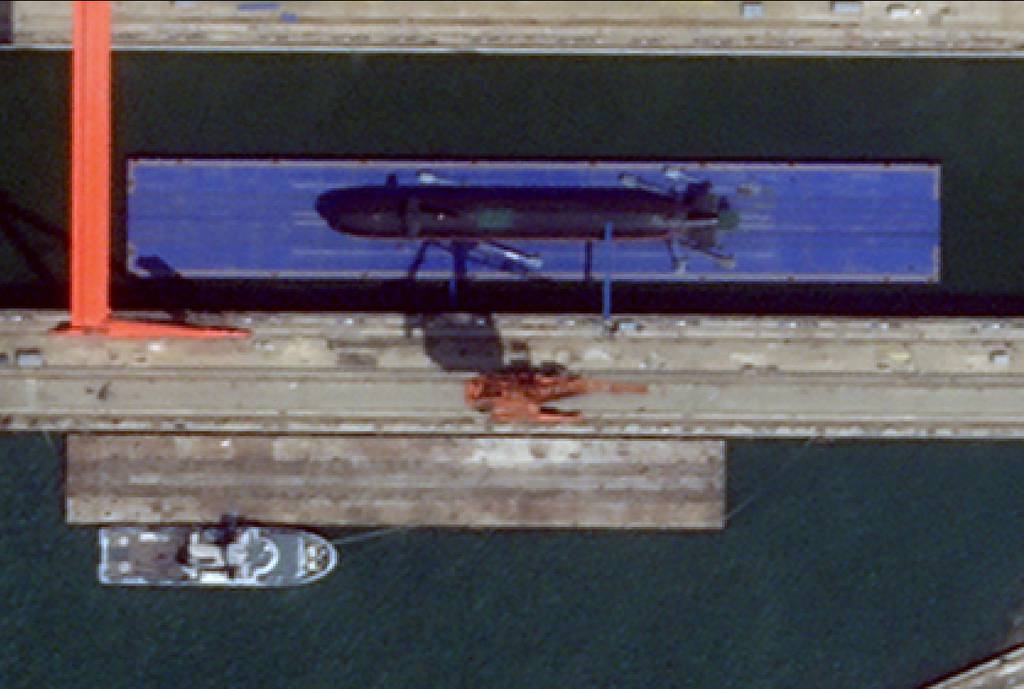 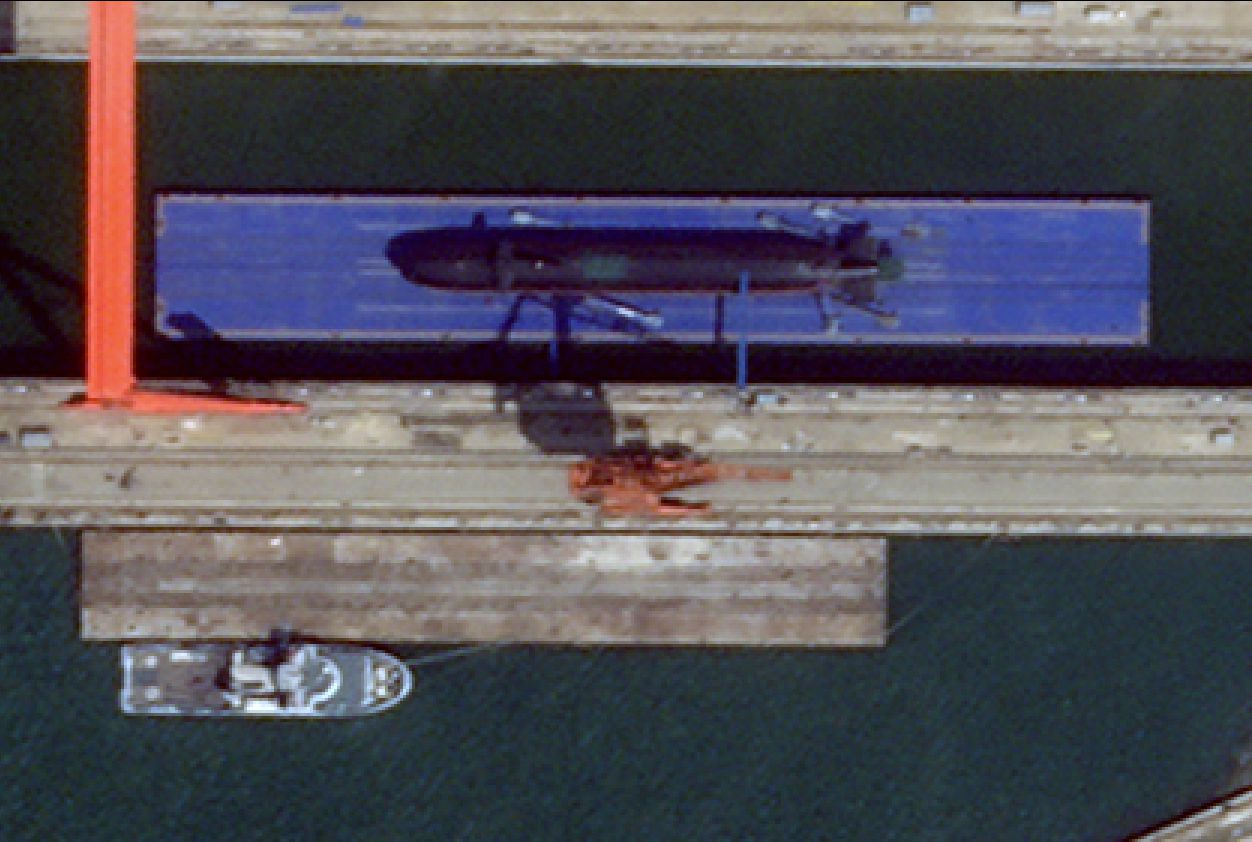 MELBOURNE, Australia — A submarine seen in a satellite photo of a Chinese shipyard shows what could be a new class or subtype of a nuclear-powered attack sub with a new stealthy propulsion system and launch tubes for cruise missiles.

The satellite photo of the shipyard at Huludao in Liaoning province, northern China, which was provided to Defense News by Planet Labs, was taken May 3 and shows a submarine on a drydock.

The unidentified boat’s presence at the yard was first noted in an April 29 satellite image by geospatial intelligence outfit AllSource Analysis. The organization said the submarine is possibly a new class undergoing construction by China.

The submarine has two distinct patches of green coloring on its hull immediately behind its conning tower, while a cruciform rudder arrangement and a possible shrouded propulsion system are seen.

A naval expert told Defense News he has “moderately high confidence” the submarine includes a row of vertical launch system cells for submarine-launched missiles and a shroud for pump-jet propulsion.

Having submarines capable of launching cruise missiles for land-attack and anti-ship missions fits into China’s pursuit of long-range offensive strike capabilities, he said, adding that these include the capability to target U.S. Navy assets and distant land targets, such as those in Guam, where American forces are based.

If the rectangular section on the submarine, as seen in the satellite photo, is indeed a set of VLS cells, it would be in line with a 2021 Pentagon report on China’s military power that the country was likely building “the Type 093B guided-missile nuclear attack submarine.”

The model, which features 18 VLS cells in three rows of six missile tubes behind the boat’s conning tower, was posted on Chinese social media without the shipyard’s plaque in early May. Some speculated this was a development of the Type 093 class tentatively named Type 093B.

The submarine seen in the latest satellite image of Huludao appears to measure up closely to the Type 093′s 110-meter length, indicating it is likely a development of the Type 093 rather than an altogether new class.

The Type 093 is also known as the Shang class; the Pentagon’s report noted the “new Shang class variant will enhance the PLAN’s [People’s Liberation Army Navy’s] anti-surface warfare capability and could provide a clandestine land-attack option if equipped with land-attack cruise missiles (LACMs).”

The Type 093 and the follow-on Type 093A Shang-II-class boats displace about 6,100 tons each when submerged. China has six Type 093s, including the “A” variant. Their commissioning began in 2006, with each successive boat featuring slight differences in sail design and a hump behind the conning tower, whose purpose has yet to be disclosed nor been fully understood.