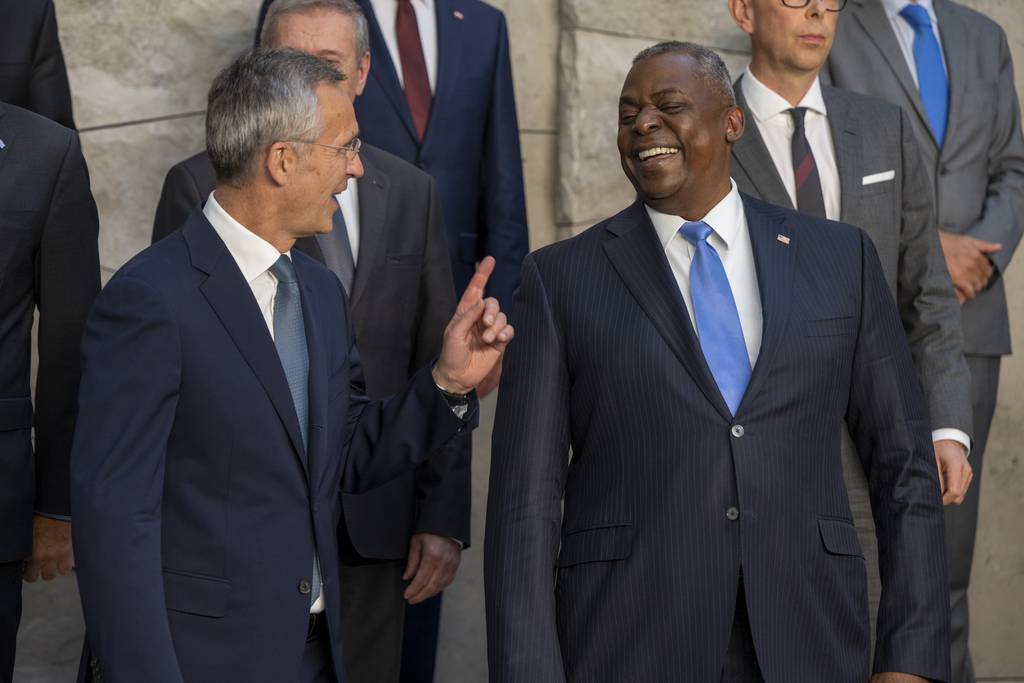 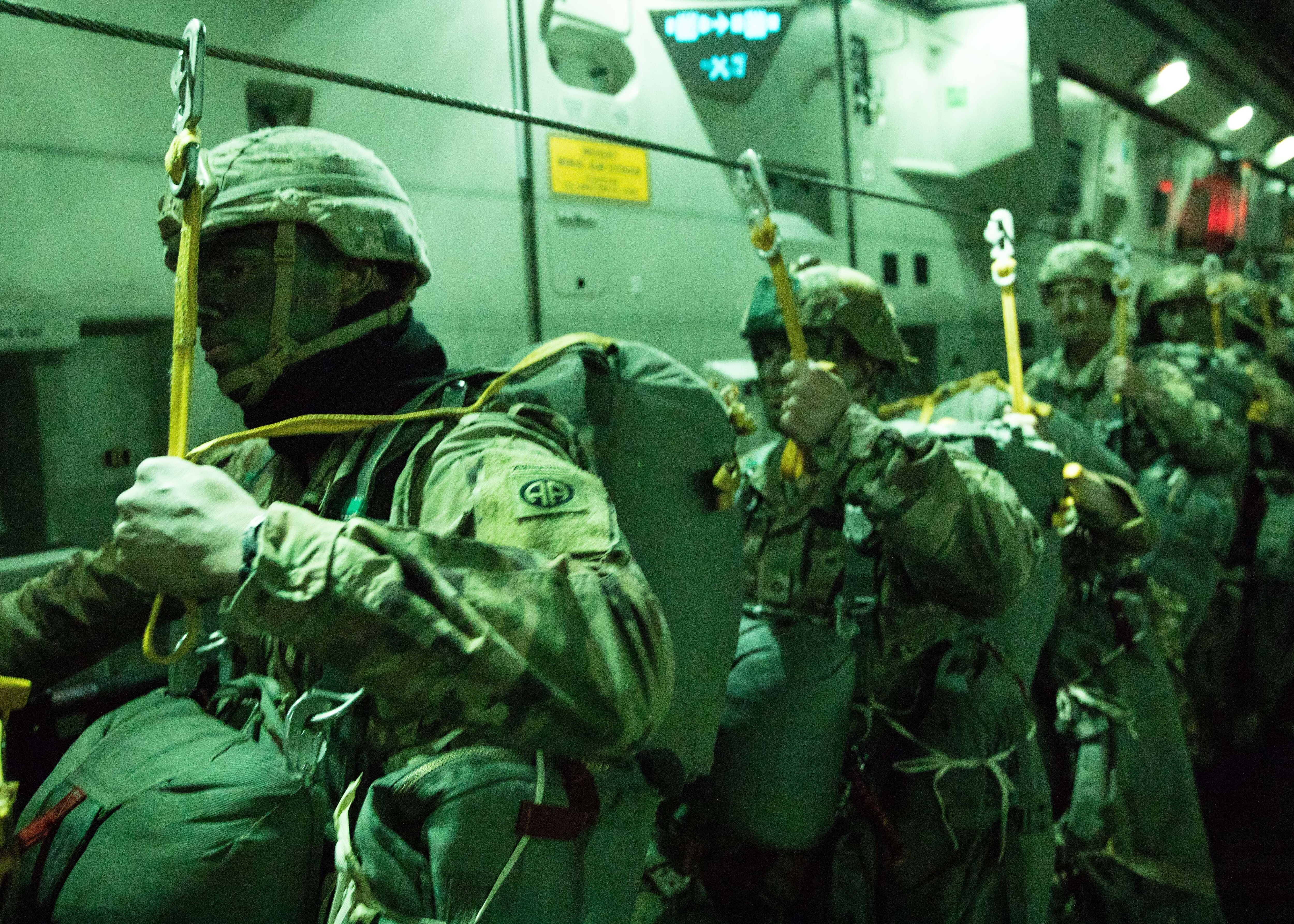 BRUSSELS ― One of U.S. Defense Secretary Lloyd Austin’s top jobs at the NATO ministerial conference this week was to keep steering the 30-member alliance’s focus to China, which he’s called the U.S. military’s “pacing threat,” but some Eastern European allies say the U.S.-China rivalry must not overshadow concerns about Russia.

The two-day meeting between defense chiefs yielded new agreements on tech investments and policies, mirroring the Pentagon’s focus on technological competition with China. When asked by reporters about China, Austin made clear the U.S. sees NATO as its ace.

“Regarding China, let me just say that … alliances like NATO are one of our greatest strengths. No other country enjoys the kinds of alliances and partnerships like we do,” Austin said Friday, adding, “We see an increasing interest in our allies and partners [in the Indo-Pacific] to ensure the region remains free and open, and the rules-based international order remains in place.”

But far from going away, the West’s problems with Russia are intensifying.

Among other flash points in the relationship, Russia massed troops on Ukraine’s border in the spring, and Russia claimed it fired warning shots at a UK destroyer in an incident this summer. After Russia ended diplomatic ties with NATO after it expelled eight accused Russian spies, NATO Secretary General Jens Stoltenberg said this week the relationship has “not been more difficult since the end of the Cold War.”

Rattled, some Eastern European allies want the United States to deploy more troops on their soil, fearing the Pentagon could cut its military presence on NATO’s eastern flank.

“Russia, of course, wants that the U.S. attention is somewhere away, in the Pacific, and not in our region,” Estonian Defense Minister Kalle Laanet said at the Warsaw Security Forum in Poland a week before the ministerial. “We have to talk about what kind of message we are sending [to Russia] and our message should be common and strong, united.”

As Eastern European states have been calling on the Biden administration not to lose sight of the threat posed by Russia, Austin visited Black Sea nations Romania, Ukraine and Georgia to reassure them of American’s continued support before he attended the ministerial.

In Ukraine, which has been in conflict with Russia since Moscow seized Crimea in 2014, Austin offered his sharpest condemnation of Russia during the trip. At a press conference with Ukrainian Defense Minister Andriy Taran, Austin expressed resolute support for Ukraine’s independence and territorial integrity.

“We call on Russia to end its occupation of Crimea, to stop perpetuating the war in eastern Ukraine and to end its destabilizing activities along Ukraine’s borders, and to halt its persistent cyber attacks and other malign activities against the United States and its partners,” Austin said.

“Let’s be clear: Russia has started this war. And Russia is the obstacle to peaceful resolution,” he added.

Taran said Ukraine had “no doubt” of America’s support for Ukraine in its fight.

“The U.S. understands clearly that Ukraine is on the forward lines of combat with Russian expansion in their desire to restore their imperial ambitions and thus to create a threat for the whole European continent,” Taran said through an interpreter.

But the U.S. has no immediate plans to increase its permanent troop presence in Europe. When Austin was asked by reporters in Romania, which hosts U.S. troops on a rotational basis, whether the Pentagon would be seeking a permanent presence there, Austin said he had nothing to announce.

“Not only are we not increasing troop levels, but there are also no plans for permanent basing in Romania at this time,” a senior U.S. defense official said in a statement afterwards.

America’s allies will have to wait for the Pentagon’s months-long “global posture review,” aimed at repositioning troops, ships and aircraft to focus more on China and Russia without retreating from longstanding Mideast threats — and to make this shift with potentially leaner Pentagon budgets.

The review, which Austin ordered just after taking office, could lead to significant shifts in the U.S. military footprint in the Middle East, Europe and the Asia-Pacific. Then-President Donald Trump ordered the withdrawal of 12,000 troops from Germany last year, but President Joe Biden in April rejected that action and expanded the troop count by 500, to 35,500.

As Germany and France have stopped short of calling China an adversary, the Biden administration has tried to rally allies to speak in a more unified voice about China’s military aggression in the Pacific and its human rights record. Biden scored a win when NATO leaders at their summit in June declared that China poses a constant security challenge and is working to undermine global order.

Though none of the ministerial sessions this week were dedicated to discussing China, senior Pentagon officials said Austin would be raising those concerns and that they would be “marbled” into planning sessions, especially in talks to advance NATO’s strategic concept.

This week, Stoltenberg has said the alliance’s new agreements on artificial intelligence policy and to pursue more technologically advanced weapon systems, “is also relevant to the challenges posed by the rise of China. “What we have seen in NATO is a fundamental shift where we are now focusing our efforts on collective defense to respond to a more competitive world, state-on-state rivalry. And that of course includes the rise of China, which is fundamentally changing the global balance of power,” he said.

Defense ministers from several Baltic countries ― which sit on the West’s front line with Russia ― told Newsweek that U.S. and its NATO allies must stay alert to challenges from both Moscow and Beijing or risk encouraging fresh aggression.

Jüri Luik, Estonia’s former defense minister and now its permanent representative to NATO, said Russia’s status as a threat is evident by its “continuous flow of provocative actions,” like its troop buildup on the Ukrainian border, its internal repression and its assassinations of enemies around the globe.

“Of course, it’s very important for us that while the United States is pivoting to Asia, the United States would maintain ― as they have said they will ― their focus on the European arena,” Luik told Defense News.

“We’re not looking for any dramatic moves, but we are certainly looking for a steady increase of the current power of the alliance. Presence of allied troops on our soil is vital. We also always emphasize the importance of exercises, especially reinforcement exercises,” Luik said. “It’s evident that to defend Poland and the Baltic states you need a sophisticated, powerful system of reinforcing in times of crisis, and this can only be developed via exercises.”

With reporting by the Associated Press.

Joe Gould is the Congress and industry reporter at Defense News, covering defense budget and policy matters on Capitol Hill as well as industry news.

Score this HP Chromebook for $99, today only