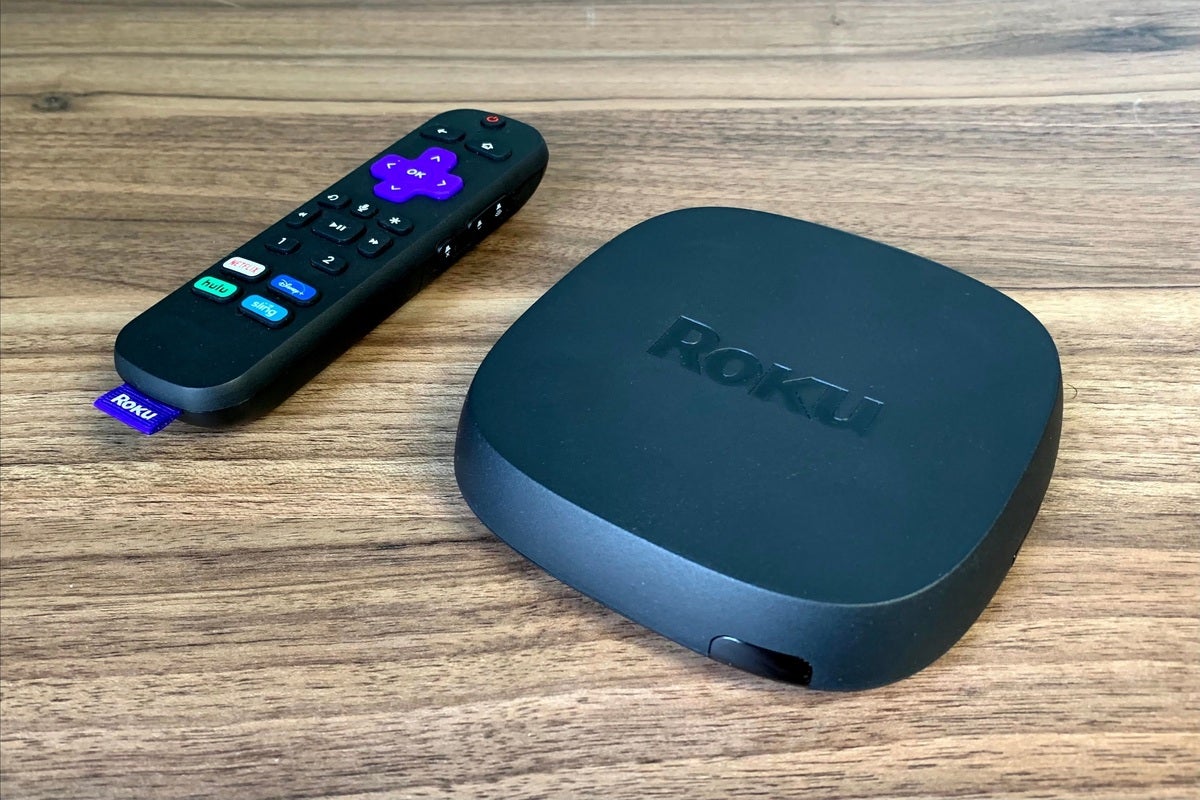 The 2020 Roku Ultra is a surprisingly tough streaming box to review.

While Roku’s hardware and software haven’t changed much from last year’s model, the wider world of streaming TV has changed a lot. Between new services like Apple TV+, Peacock, HBO Max, and the forthcoming Paramount+, there are more streaming options to juggle than ever. In response, we’ve seen devices such as the Chromecast with Google TV and the TiVo Stream 4K emerge to make sense of those options, funneling content from multiple apps into a single, unified menu.

Roku, meanwhile, has held steadfast to its less ambitious approach: Make free content easy to find, but make users dig through individual apps for everything else.

This review is part of TechHive’s coverage of the best media streamers, where you’ll find reviews of competing products, plus a buyer’s guide to the features you should consider when shopping for this type of product.

If you still agree with that approach, the $100 Roku Ultra has a lot to like. It supports Dolby Vision and HLG high dynamic range video, Bluetooth audio, and Dolby Atmos audio decode. It’s also a smidge faster than other Roku players, and it still has the comfiest remote you’ll find with any streaming player today.

But if you’re rooting for a new paradigm in streaming, where digging through a dozen different apps is no longer necessary, the new Roku Ultra will inevitably disappoint. (Roku is also shipping a new mini soundbar. You can read our Roku Streambar review here.)

The 2020 Roku Ultra is easy to tell apart from previous versions. The plastic enclosure has a matte finish throughout instead of being glossy around the edges, and the sides of the box curve inward at the top instead of outward. I think it’s more attractive.

The port arrangement has changed as well. There’s no more MicroSD card slot for expandable app storage, though the Ultra does have more built-in storage. (Roku won’t say exactly how much.) Meanwhile, the USB slot for local media playback has moved from the side of the box to the back, where it’s joined by the ethernet port and HDMI output.

This is also the first Roku player with Bluetooth, so you can pair a phone, tablet, or computer and play music through the TV. It’s a fine addition, though it doesn’t support pairing wireless headphones to play audio from the Roku. (For that, you can use Roku’s mobile app, which offers private listening through headphones or earbuds connected to the phone.)

As before, the Roku Ultra supports 4K HDR video, which allows for both higher resolution and more color detail in highlights and shadows, but the new arrival of Dolby Vision means those color optimizations can happen on a scene-by-scene basis. Of course, you’ll need a TV with Dolby Vision HDR support to take advantage, along with supported content in apps like Netflix or Amazon Prime. Dolby Atmos decode support means that some content can produce object-based audio effects if you have an Atmos-enabled speaker system.

I should mention one strange video playback issue, though: Deep in Roku’s settings there’s an option to automatically match the TV’s refresh rate to whatever content is playing. It’s disabled by default, but enabling it prevented me from playing video from Apple TV+ due to HDCP errors. Roku says I encountered a known bug that it’s working to squash. If you buy a Roku Ultra, checking for a firmware update should be your first order of business after connecting it to your network.

The remote, meanwhile, is unchanged from last year’s Ultra, which is fine. It’s a bit heftier than most streaming remotes, making it easier to hold, and the varying shapes and sizes of its buttons help you navigate without looking at them. A headphone jack on the left side allows for private listening—a set of earbuds is included—and buttons for volume and mute are on the right along with a power button up top. The remote has an infrared emitter, so you can program those buttons to work directly with your TV.

You still can’t reprogram the Roku remote’s built-in app-launch buttons, but the two numeric buttons above them can be mapped to any voice command, so you can use them to open your favorite apps or turn on closed captioning. And as with previous Ultras, there’s a button on the box itself that plays a sound on the remote to help you find it—a nice touch that most other streamers still haven’t replicated.

Beyond the more tangible hardware improvements in the 2020 Roku Ultra, Roku claims that the new box launches popular apps faster and has better wireless reception than previous versions. In practice, those improvements are noticeable, but not dramatic.

To evaluate, I ran numerous speed tests—both from Roku’s settings menu and from Netflix’s help section—in two tricky spots: One set of tests in my basement entertainment center, and the another at the opposite corner of the house from my router. Here are the results:

Roku’s claims of improved range appear to check out, though I did also observe similar or better connectivity speeds in other high-end streaming boxes, including Amazon’s Fire TV Cube and the Apple TV 4K. That’s at least partly because Roku intentionally caps data speeds at 100 Mbps on its devices, supposedly to focus on range instead of speed. (I’ll have more to say about this in my cord-cutting column later this week.)

Software: Free is the focus

Software is just as important as hardware, though, and Roku’s software is largely the same as it was a year ago. The main section of the home screen presents a grid of apps for services like Netflix and Hulu, while other sections let you browse for free movies and shows, search for free content, install new apps, or purchase a la carte videos from Fandango.

As always, Roku does a better job than any other streaming platform at surfacing free movies and shows. The “Featured Free” section of the home screen pulls in content—mostly ad-supported—from across different apps, and if you search for genres such as comedy or action, Roku will highlight a section of free options in its results.

The Roku Channel app, meanwhile, provides plenty of its own movies, shows, and linear channels to watch at no charge. Although Roku has also brought that app to Samsung TVs and Fire TV devices, it’s more deeply integrated with search and voice control on its own streamers.

It’s just too bad Roku doesn’t put that same kind of effort into surfacing videos from premium sources such as Netflix, Disney+, or CBS All Access. Sure, you can use voice search on Roku’s remote to find specific movies or shows from those services, and you can browse across apps using some broad genre searches. But if you want to see what’s happening across all your streaming services or pick up where you left off on a specific show, you’ll have to jump into individual apps. Devices like the Apple TV 4K and the new Chromecast have shown that universal streaming guides and watchlists are possible, but Roku, for whatever reason, hasn’t tried to build one itself.

That’s not the only way Roku lags behind other platforms. Your ability to launch music by voice remains limited to just Pandora, TuneIn, or iHeartRadio, and you can’t use voice to launch live channels in apps like YouTube TV or Sling TV. Apple TV, Fire TV, and Chromecast with Google TV excel on all those fronts. And because Roku isn’t connected to any smart home platforms, you can’t use it to check on security cameras, control the lights, or adjust the thermostat.

There’s also the lingering issue of HBO Max, which remains unavailable on Roku due to disagreements with AT&T’s WarnerMedia over carriage terms. You can still access HBO on Roku in other ways—through the standalone HBO, as a Roku Channel subscription, or as an add-on to certain live streaming services—but you won’t get the full Max catalog. And for cable subscribers, you can no longer sign into HBO on Roku at all. While every streaming platform has some app gaps, Roku’s HBO issues are a blemish on its once-stellar reputation for app support.

Update, November 12, 2020: Roku has issued an update that adds Apple AirPlay support to select Roku streamers, including this one. This enables an HBO Max workaround—provided you also have an iPhone or an iPad, as TechHive’s Cord Cutter Confidential columnist Jared Newman explains in this story. Visit this page at Roku.com for details on how to use AirPlay (and Apple HomeKit) on compatible Roku devices.

That issue aside, Roku’s straightforward approach has its merits. There’s never any doubt about how to access your apps, and the system as a whole feels speedy and stable. For those reasons, the Roku Ultra remains a safe, easy recommendation for a higher-end streamer.

As for whether it’s the best, that all depends on your philosophy toward streaming.

Assassin’s Creed Valhalla: The Nordic and English history you need to know

Researchers discover that privacy-preserving tools leave private data anything but