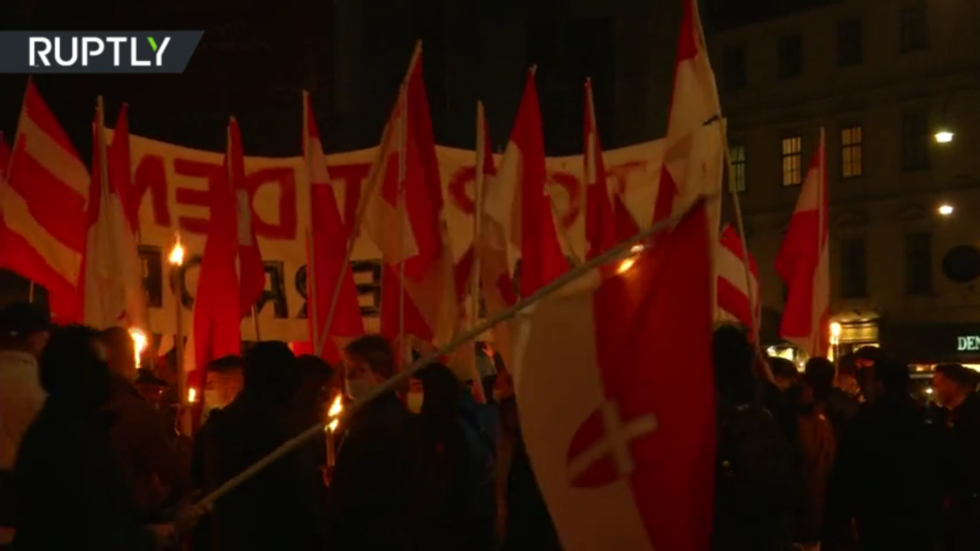 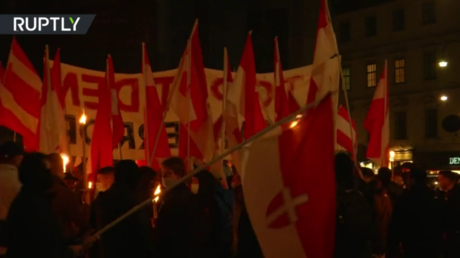 A group of right-wing protesters has held a rally in Vienna, condemning recent terror attacks and urging the government to act against Islamist radicals. They were met by counterprotesters, who condemned the activists as ‘Nazis’.

The demonstrators held a large banner reading “Stop Islamic terrorism” and chanted such slogans as “Home, freedom, tradition.” Some of them were packing lit torches, footage from the scene published by Ruptly, RT’s video agency, shows.

The group was confronted by a group of left-wing counterprotesters, who donned black bloc-style garb. These rival activists carried a large banner reading “Never let the fascists have the streets. Prevent Nazi march on 11 June.”

The rallies came in the aftermath of the deadly terrorist attacks that hit Austria’s capital on November 2. Four people were killed near a synagogue in central Vienna, while 23 more were wounded in shootings across the city. The main suspect, who was killed by police, turned out to be an Austrian citizen identified as Kujtim Fejzulai, who also held a North Macedonian passport and had a previous terror conviction.


Some 15 people, said to belong to a radical Islamist network, have been detained in the aftermath of the shootings. Responsibility for the attack was claimed by the Islamic State (IS, formerly ISIS) terrorist group.