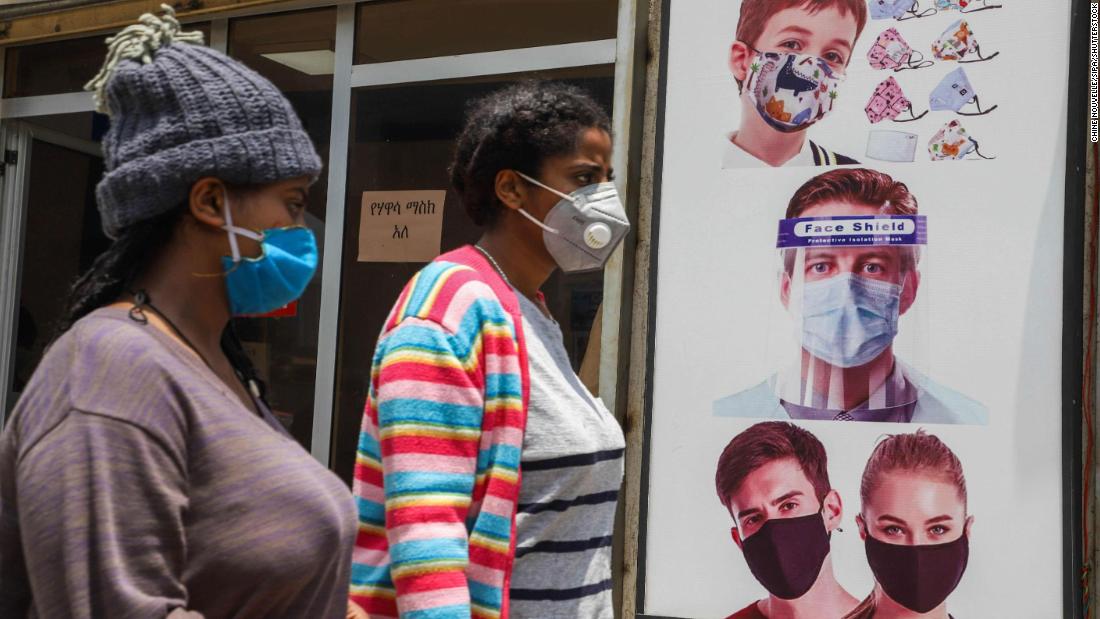 The restrictions prohibit shaking hands, not wearing a mask in a public place, seating more than three people at a table or not keeping “two adult steps” — around six feet — apart.

“Now it is as if COVID is no longer there, the public is not taking care,” Health Minister Lia Tadesse tweeted on Thursday. “This will cause a possible increase in the spread of the disease and might be a threat to the nation.”

Ethiopia, Africa’s second-most populous nation and a regional powerhouse, declared a state of emergency in April to curb the spread of the pandemic. It was lifted in September.

The disease peaked there toward the end of August, but its difficult to know the true picture because testing has been also scaled back due to limited resources. At least 79 people died of Covid-19 in the past week, the health ministry said, but less than 2% of deaths are formally recorded.

The new law permits fines and imprisonment for up to two years for anyone who breaks the restrictions, the attorney general’s office said in a statement on its Facebook page on Wednesday.

Ethiopia also postponed its regional and parliamentary elections scheduled for August due to the outbreak. They are expected to be held next year.

Africa has mostly not seen the huge wave of infections and deaths that have swept across Europe and the Americas. Experts say a much younger population, immediate measures to contain the virus and having a more rural population have all helped keep cases down.

But many African leaders are urging vigilance, concerned that any surge in cases could overwhelm rickety public health systems.