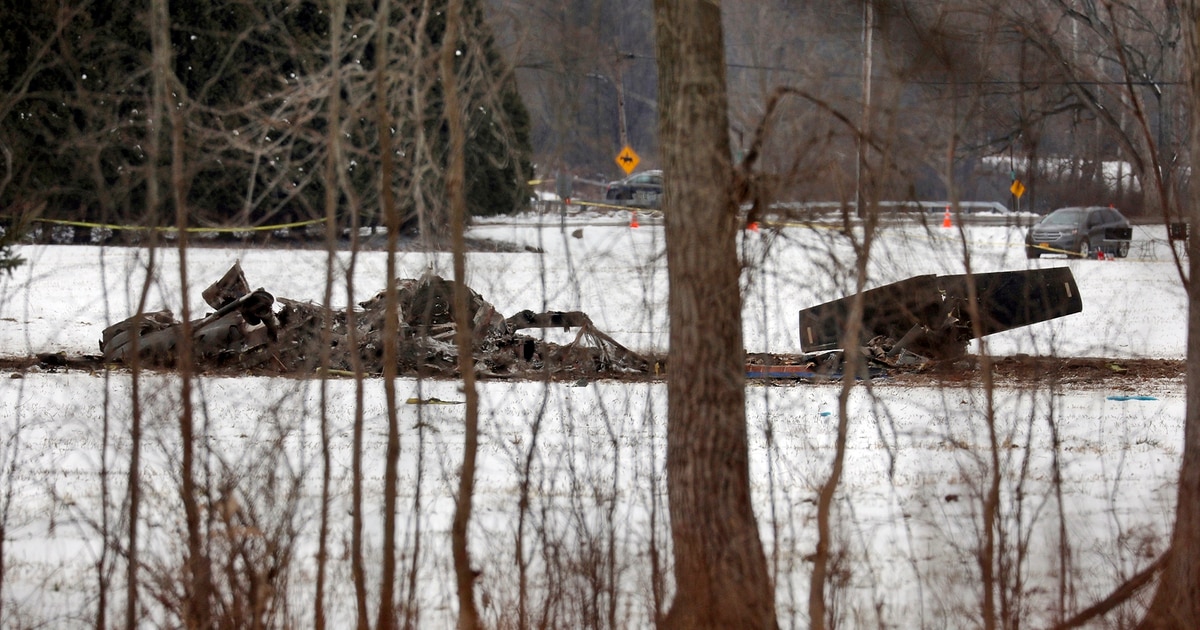 WASHINGTON — The Army National Guard has seen three UH-60 L-model Black Hawk utility helicopter crashes on U.S. soil in just over a year. Two of those happened within the first five weeks of 2021. But despite the pattern of incidents involving Guard Black Hawks, the Army’s aviation director in charge of operations, plans and training told Defense News in a recent interview that he did not believe there was a systemic problem across the fleet.

The Army National Guard lost six members total in accidents in January in New York and February in Idaho.

In December 2019, a UH-60 crashed in Minnesota, killing three guardsmen. A report from the U.S. Army Combat Readiness Center at Fort Rucker found one of the helicopter’s engines failed during a maximum power check while the other engine was idling, which caused a dual-engine failure.

Outside of National Guard incidents, in two members of the 160th Special Operations Aviation Regiment were killed in August 2020 in the special operations variant of a Black Hawk (MH-60) when conducting a training mission off California coast.

“I don’t think that these three [National Guard] crashes point to a systemic issue with the UH-60 and its operations and training,” Brig. Gen. Michael “Mac” McCurry, the Army’s G-3/5/7 aviation director, told Defense News.

The Army is waiting on the final reports from the investigations into the two crashes this year.

The Army does not have any trending data specifically that would illuminate any issues related to a systemic training, maintenance or materiel problem with the Black Hawk, according to McCurry.

“I think that allowing the investigation to complete is probably the best for the details on that, but as the investigations happen on these things, if there’d been any indication of some sort of materiel problem, then that’s immediately transmitted” across Army aviation leadership and to Army Aviation and Missile Command, the airworthiness authority, McCurry said. “We would have taken some action.”

As a result of such incidents like the Minnesota National Guard crash in 2019, the Army has taken a hard look at emergency procedures and how the service has taught them to students for years in order to make improvements.

From fiscal 2018 to today, human error has accounted for 86 percent of Army aviation Class A mishaps — which are accidents that result in loss of life or major injuries or millions of dollars in damage. The other 14 percent were caused by materiel failure, according to the Combat Readiness Center.

“While the specific causal factors categorized as human failure within each mishap are diverse, a majority can be broadly sub-categorized as due to either a lack of continuous risk management, distraction from the mission/rushing to perform tasks or failure in crew coordination, particularly during the execution of emergency procedures,” the CRC wrote in a statement provided to Defense News.

Recognizing that over 80 percent of Army aviation mishaps are due to human error, paired with the fact that flying future helicopters at lower altitudes will be even more challenging, the U.S. Army Aviation Center of Excellence has begun implementing the new Emergency Response Methodology, Maj. Gen. Dave Francis, the center’s commander, told Defense News in a statement.

“This methodology reduces reliance on pilot memorized emergency procedures (60% less memorization) and focuses on flying the aircraft, crew coordination and the correct diagnosis and response to emergencies,” he said. “Our modernized aircraft and focused training, live and in simulation, for critical emergencies will result in fewer preventable mishaps.”

The Army plans on all aviation units implementing this new methodology no later than May 2021, Francis added.

The methodology focuses on aircrews taking “a holistic approach” to maintain focus on flying the aircraft and “not necessarily overreacting immediately to the steps of an emergency procedure, but looking at it in the context of the flight,” McCurry said.

This updated procedure, McCurry said, is likely “the biggest change that’s been implemented in Army aviation and how we train in recent years.”

The Minnesota crash also showed a hydromechanical unit was incorrectly installed and inspection of the unit’s installation did not follow published installation procedure.

In this type of situation, McCurry said, the Army looks at how technical inspection is done across the active force, the Reserves and the National Guard, ensuring everyone is up to speed on common maintenance standards and procedures.

In the reserve components, McCurry said, “we tend to be more reliant upon some full-time technicians as maintainers and because they’re more spread out, not consolidated all in one location. It’s important that we have the right levels of training, the right level of talent and the technical inspectors there. We tend to go back and look at reinforcing technical inspection procedures, observing the maintenance and checking the settings and things that actual procedure is set to.”

But he added, “we haven’t seen a trend that there’s a lot of this going on.”

While the Army has seen an uptick overall in National Guard Black Hawk crashes in recent months, the service is “coming off the safest five-year period in the history of Army aviation,” McCurry said.

The Army, when compared to the other services in a Military Times and Defense News deep dive in aviation mishap data from 2013 to 2017, showed its mishap numbers were on the decline.

But despite the general positive trend, McCurry added, “we’re concerned, number one for the loss of life” resulting from the recent accidents.

While the Army continues to examine its training and maintenance procedures and ensuring pilots get the experience they need, it is also looking toward providing units with modernized equipment.

While the L-model Black Hawk is still a very good helicopter that has been continually modernized, McCurry said, the introduction of the Victor-model Black Hawk to the National Guard will provide a great deal of enhancements with a digital cockpit.

“We are on track to do that and, in fact, the Alpha-model will leave the National Guard fleet two years earlier than it will leave the active component,” McCurry said.

Lights on for silicon photonics