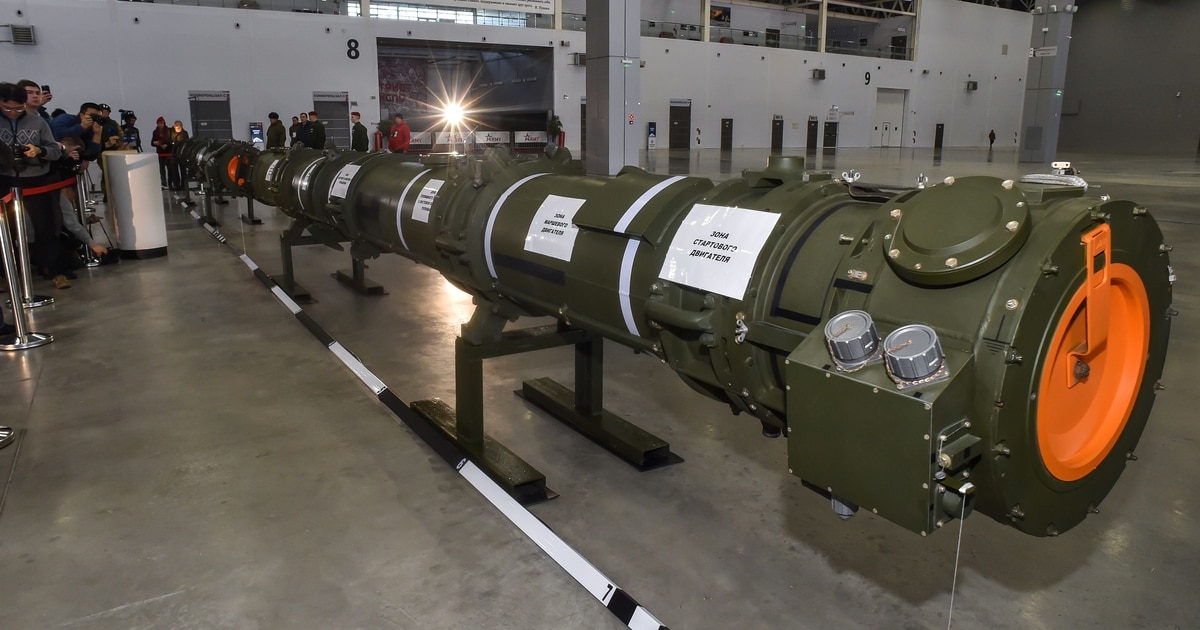 MOSCOW — Russian President Vladimir Putin proposed Monday that NATO and Russia should conduct mutual inspections of each other’s military bases to secure a moratorium on the deployment of new missiles in Europe following last year’s demise of a U.S.-Russian nuclear arms pact.

The United States and Russia both pulled out of the 1987 Intermediate-range Nuclear Forces Treaty last year, blaming each other for violations. Nevertheless, Putin has pledged not to deploy the weapons that were outlawed by the treaty, for as long as the U.S. doesn’t deploy such arms to Europe.

Washington has scoffed at Putin’s statements, charging that Russia already has deployed missiles that violate the INF treaty’s provisions — a claim Moscow has rejected.

Why did a landmark missile treaty fail? US and Russia blame each other

Russia and the United States blamed each other Thursday for abandoning a landmark arms control agreement on missiles, with Moscow warning of a new arms race and the Trump administration demanding details of a recent mysterious explosion that killed five Russian nuclear engineers.

On Monday, Putin followed up on his earlier statements by offering to allow the U.S. and its NATO allies to conduct on-site inspections to make sure that the weapons previously banned by the INF aren’t deployed to Europe.

The U.S. pulling out of the INF Treaty “was a serious mistake that exacerbated the risks of a missile weapons race, growth of the confrontation potential and slide into uncontrolled escalation,” Putin said in a statement.

“In a situation like this, vigorous efforts are needed to ease the shortage of trust, to strengthen regional and global stability, and to reduce the risks stemming from misunderstandings and disagreements in the field of missile weapons,” the Russian president added.

He said that as part of mutual inspections, Russian experts could visit the U.S. missile defense facilities in Europe to make sure they can’t be adapted for launching surface-to-surface missiles instead of interceptor missiles, which Moscow has been concerned about.

Get the military’s most comprehensive news and information every morning.

In its turn, Russia would offer NATO access to inspect Russian units in the nation’s westernmost Kaliningrad exclave, to make sure they aren’t equipped with 9M729 ground-launched cruise missiles.

The U.S. has accused Russia of violating the INF treaty by deploying these missiles, a claim Russia has denied. Putin on Monday reiterated that Russia had not breached the pact by fielding the missiles, but said Russia could refrain from deploying them in the western part of the country “in the spirit of good will” for as long as NATO doesn’t station weapons previously banned by the INF in Europe.

Putin’s move comes amid uncertainty surrounding the New START arms control treaty that expires in February. Moscow and Washington have inched toward agreement to extend the pact, their last remaining arms control agreement, but differences have remained. New START dates from 2010, limits each country to no more than 1,550 deployed nuclear warheads and 700 deployed missiles and bombers, and envisages sweeping on-site inspections to verify compliance.

The INF Treaty, which was signed by U.S. President Ronald Reagan and Soviet leader Mikhail Gorbachev, banned the production, testing and deployment of land-based cruise and ballistic missiles with a range of 500 to 5,500 kilometers (310 to 3,410 miles).

Such weapons were seen as particularly destabilizing because of the shorter time they take to reach targets compared to intercontinental ballistic missiles, raising the likelihood of a nuclear conflict over a false launch alert.