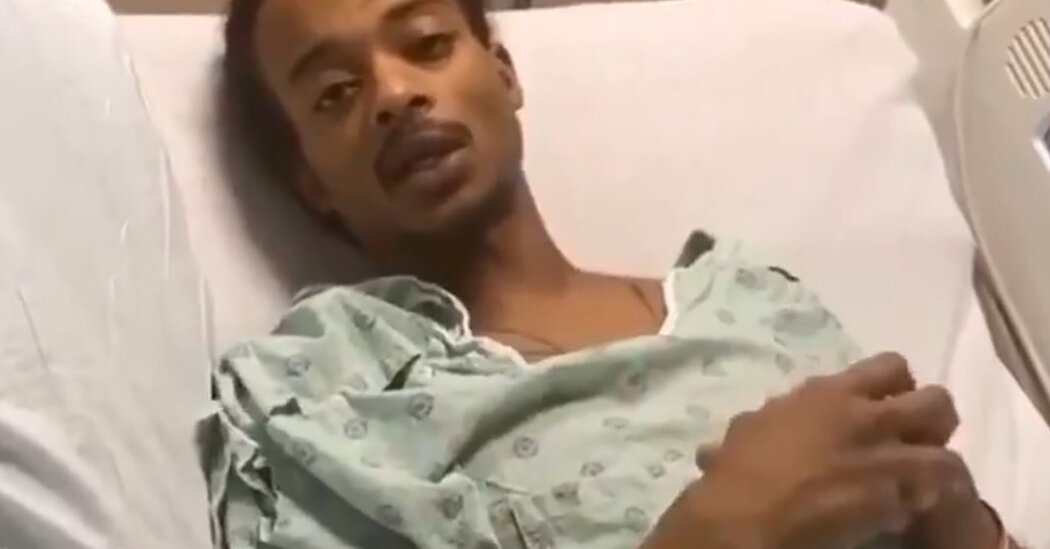 In Kenosha County Circuit Court on Friday, prosecutors and Mr. Blake’s lawyer resolved charges that he had faced after a woman accused him of sexually assaulting her in May.

Prosecutors dropped one count of third-degree sexual assault outright and agreed to drop one count of criminal trespass if Mr. Blake pleaded guilty to two counts of disorderly conduct, according to court records and Mr. Blake’s lawyer, Patrick Cafferty.

Mr. Blake, who made a virtual court appearance via Zoom, pleaded guilty to the two disorderly conduct charges and was sentenced to two years of probation, Mr. Cafferty said.

“I think this was a fair resolution of these charges,” Mr. Cafferty said in an interview.

Mr. Blake had maintained that he did not commit sexual assault and, by dropping the charge, Mr. Cafferty said, prosecutors acknowledged that “ultimately, the state could not prove it in court.”

The Walworth County District Attorney, Zeke Wiedenfeld, who had prosecuted the case, did not immediately respond to emails and phone calls on Friday night.

Mr. Blake was shot on Aug. 23 after officers responded to a domestic complaint from a woman who had called 911 to report that he was at her home, state officials said. A warrant for Mr. Blake’s arrest was issued in July after she accused him of sexually assaulting her in May.

The police used a Taser on Mr. Blake, but it failed to stop him, and Officer Rusten Sheskey fired his gun seven times into Mr. Blake’s back, as Mr. Blake was trying to get into a car, state authorities said.

Mr. Blake was left paralyzed from the waist down, according to his family.

The authorities said that Mr. Blake had admitted to having a knife, which was later found on the driver’s side floorboard of his car.

Ben Crump, a lawyer for Mr. Blake’s family, has denied that Mr. Blake was carrying a knife and has said that Mr. Blake had been trying to break up a disturbance involving two women when the police arrived.

Officer Sheskey and two other officers who were present at the shooting were placed on administrative leave in August.

‘We believe we will win,’ says Al Gross in lagging Alaska senate race