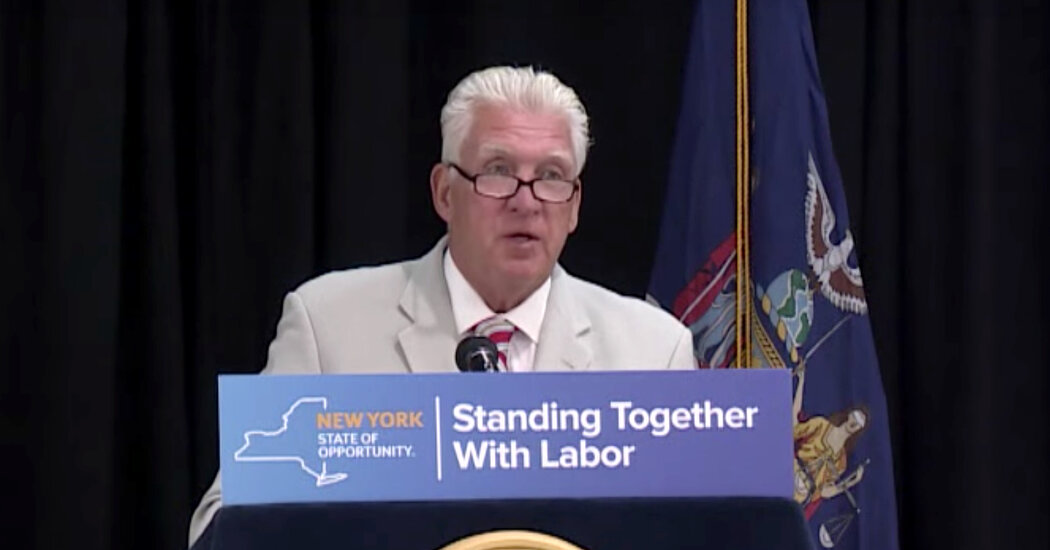 The executive board of the union issued a statement on Thursday afternoon expressing shock and disappointment at the charges. “We remain committed to serving the hard-working men and women that we represent,” the board said.

Mr. Cahill’s union has a major presence in many of the large infrastructure projects that have marked the nearly decade-long tenure of Governor Cuomo, including the renovation of La Guardia Airport and the construction of a new $4 billion span to replace the Tappan Zee Bridge, north of New York City, which was later named for Mr. Cuomo’s father, former governor Mario M. Cuomo.

In 2015, Mr. Cahill presented Mr. Cuomo with his union’s inaugural “New York Builder Award,” for his dedication to such projects. More recently, Mr. Cuomo named Mr. Cahill to an advisory panel devoted to the reopening of the state after the coronavirus crisis.

Prosecutors accused the union officials of taking bribes in exchange for influencing the construction industry in favor of nonunion employers. For instance, bids for plumbing and pipe-fitting projects that could have gone to companies with union employees were instead given to nonunion workers, prosecutors said.

The yearslong investigation involved wiretapped phone calls that were detailed in the indictment.

The indictment said that in October 2018, Mr. Cahill received a $3,000 bribe from a nonunion employer in the plumbing business, to whom he introduced an official in Local 638 who could also be bribed “in exchange for protection and assistance.”

“Best thing you can do,” Mr. Cahill told the employer, is “get a rabbi.”

Two months later, Mr. Cahill and another union official met with the employer again and each accepted a $2,500 bribe, according to the indictment. After the meeting, Mr. Cahill told the union official, “Welcome to the real world.”

Prosecutors said the union officials abused their power to the detriment of their own members.

During an October 2019 meeting, Mr. Cahill, his language laced with profanity, encouraged the same employer not to sign with a union, according to the indictment. “If you become union, you’ll have 12 guys on your back,” he said, using an expletive.

Google says it will turn off face retouching by default and avoid references to "beauty" in its Camera app, starting with the Pixel 4a, 4a 5G, and 5 (Abner Li/9to5Google)