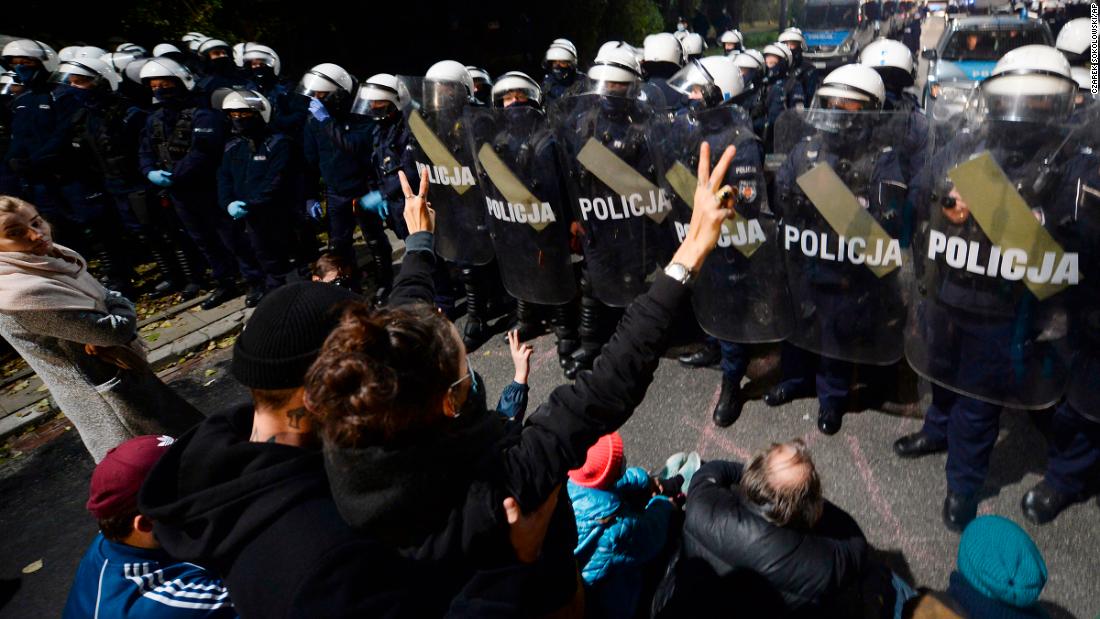 The move to further restrict abortion had been pursued by Poland’s populist government for months, and has raised alarm among women’s rights campaigners and human rights watchdogs.

Around 98% of abortions in Poland had been conducted as a result of fetal defects, meaning the ruling bans virtually all termination procedures taking place in the country. It could force women to carry a child even if they know the baby will not survive childbirth, campaigners said on Thursday.

The Constitutional Court’s Thursday ruling marked the first change to Polish abortion law since 1993, but comes after a years-long effort from the country’s right-wing government to curtail access to terminations.

It was condemned by the Council of Europe’s Commissioner for Human Rights, Dunja Mijatovic, who called Thursday a “sad day for women’s rights.”

“Removing the basis for almost all legal abortions in Poland amounts to a ban and violates Human Rights,” Mijatovic tweeted. “Today’s ruling of the Constitutional Court means underground/abroad abortions for those who can afford and even greater ordeal for all others.”

The ruling Law and Justice Party (PiS) has placed anti-abortion rhetoric at the heart of its socially conservative agenda, and attempted to pass a bill banning abortions due to fetal defects in the early weeks of the coronavirus pandemic.
The plan was ultimately scrapped in Poland’s parliament, but has since been taken on by the nation’s highest court. PiS has spent much of its time in office tightening its grip on the courts, removing judges it finds to be politically objectionable, replacing them with what critics claim are political appointments, and creating disciplinary measures for justices who make rulings ministers don’t agree with.

“There is an effective ban on abortion in Poland now,” Agnieszka Kubal, a sociology and human rights scholar at University College London, told CNN. “This has to be read in the context of the wider right-wing discourse on abortion in Poland, that women cannot be trusted with the right to choose.”

Hundreds protested the ban on Thursday evening as they gathered near the Warsaw home of PiS leader Jaroslaw Kaczynski — widely seen as the country’s de facto decision-maker despite not being the prime minister or president.

Riot police used pepper spray against some in the crowd, according to footage from the scene. In one video posted on social media, police officers are seen hitting a protester on the ground with a pepper spray can and spraying incoming protesters who attempted to help.

In other footage, a group of police officers can be seen arresting a demonstrator while another group of officers wrestle with a protester as they attempt to take him away.

Warsaw police spokesman Sylwester Marczak told reporters on Friday that officers had arrested 15 people at the protests, 14 of whom have been now been released. The police force also defended its actions, saying on Twitter that it was responding to an “increasingly aggressive” crowd, which tried to “deliberately provoke a confrontation.”

Earlier attempts to restrict abortions legislatively also drew women’s rights protesters to the streets, with massive demonstrations taking place in 2016 and in subsequent years. In April this year, many activists used their cars to demonstrate without violating Covid-19 restrictions.

How to stay positive as the nights draw in