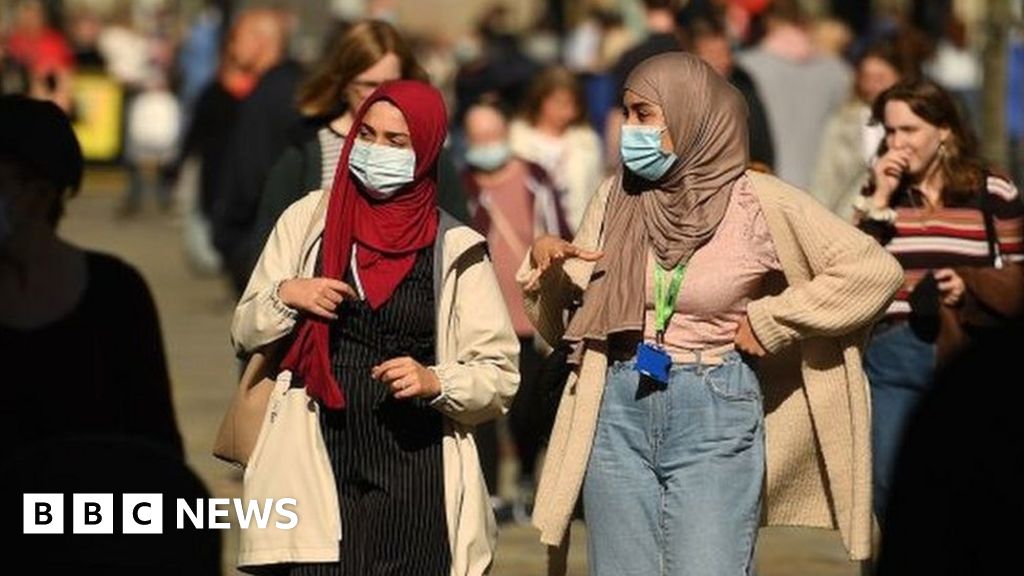 Prime Minister Boris Johnson has defended the use of localised measures to combat Covid-19 across the UK.

Labour’s Sir Keir Starmer asked how people could be expected to understand and follow rules when the PM himself had failed to make them clear.

Mr Johnson said he had “cleared up” a mistaken comment he made on rules for the North East “as fast as I could”.

Speaking at Prime Minister’s Questions, Sir Keir asked how the government planned to move towns and cities out of local restrictions, as some people in places such as Bradford had not seen their families for “months”.

Mr Johnson said “nobody wants to impose restrictions of this kind” but that “frankly, when you have the virus going up in the way that it is now in some parts of the country, you have to take strong local action”.

He added that “one important difference” in the way the virus was now spreading in the UK was “it does appear at the moment as though the illness is more localised”.

“That’s why you need direct local action of the kind that we’re taking, in addition to the strong national measures that we announced last week,” he said.

In total, at least 16.6 million people – about one in four people – in the UK face extra coronavirus measures on top of the national rules.

The Times reports that officials will decide on Wednesday whether Merseyside will be the latest area to face a ban on households mixing indoors.

And about 500,000 people in four council areas in north Wales are to face strict new measures from Thursday evening.

Sir Keir accused Mr Johnson of stoking “widespread confusion” around the localised rules in parts of north-east England, where people will no longer be allowed to mix with anyone outside their own household in any indoor setting – although support bubbles are exempt.

On Tuesday, the prime minister failed to clarify restrictions on social gatherings in north-east England, hours after junior minister Gillian Keegan was unable to answer questions on the rules.

Mr Johnson said Sir Keir was trying to “snipe from the sidelines” and “undermine” the government’s response to the pandemic, adding that people “do understand the rules and overwhelmingly do follow the rules”.

In regard to the error he made about those rules on Tuesday – when questioned by Channel 5 – Mr Johnson told the House of Commons: “I cleared that matter up as fast as I could. It’s very clear that you shouldn’t mix [households] indoors either at home or in [a] hospitality setting, [and] you should avoid socialising outdoors.

Sir Keir said he supported the restrictions but that it was “perfectly reasonable to ask why they aren’t working” , adding that infection rates in some areas with local measures were continuing to increase.

Rules ‘not a quiz show’

Asked why the PM stumbled over the rules in the North East, Mr Sharma said there was “an element of slightly ‘gotcha’ about this in terms of this line of questioning”, reminding Today’s Martha Kearney she was on “a flagship programme” and “not a quiz show”.

“If people want to understand the precise restrictions that they have in areas which are more restricted, then they should go on to the [central government and local authority] websites,” he added.

“The prime minister should understand the rules he is asking huge numbers of people to follow. That’s not a gotcha, that’s just basic government competence,” he said.

Meanwhile Kim McGuinness, Labour’s police and crime commissioner for Northumbria Police, told Today that Mr Johnson “caused a lot of confusion” when he “misspoke” on Tuesday.

She said following the restrictions was a “big ask” for people and that the government should “be better at communicating in advance of these local restrictions”.

A health psychologist and member of the Scientific Advisory Group for Emergencies (Sage) said confusion has become a problem for people trying to follow coronavirus rules.

Prof Lucy Yardley told the BBC: “I think it is a real problem that people are trying to follow top-down rules that are changing all the time and are different in different places and in different organisations.

“We need less rule following and more working together to work out, in your individual situation, what is the best way to minimise the risk to the people around you.”

When asked by BBC Breakfast about a video which appears to show a large group of students having a party at Coventry University, he said: “This has been actually a very, very difficult time for young people and actually, they want to get back to some sense of normality, we can’t just lock people down forever.

“Students have gone back and of course we ask them – just as we ask the rest of the population – to follow the rules, follow the guidance, and act responsibly.”

Mr Sharma added that Education Secretary Gavin Williamson was looking into how to make “possible” his commitment that students will be able to go home for Christmas.

The UK recorded 7,143 confirmed coronavirus cases on Tuesday, a new high since mass testing began. Deaths recorded within 28 days of a positive test also rose to 71, the highest total since 1 July.