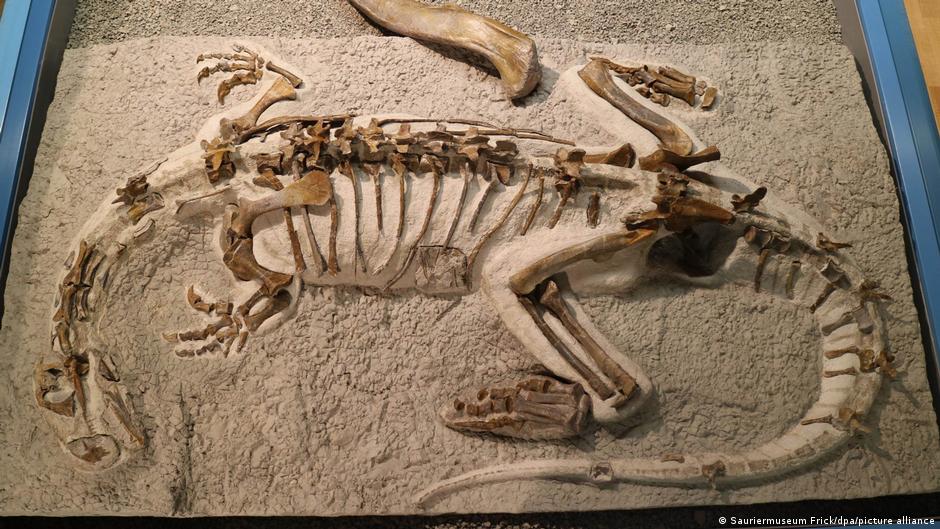 While many dinosaur babies looked wildly different from their parents, German researchers have discovered that some species actually looked like scaled-down copies of the adults.

Paleontologists at the University of Bonn made the discovery while examining the skeleton of a young Plateosaurus. The nearly-complete skeleton, dubbed “Fabian,” was found in 2015 in Switzerland (pictured above).

Researchers “surprisingly” discovered that the young specimen’s physical characteristics and body proportions were “remarkably consistent” with adult Plateosaurus, according to the study in the journal Acta Palaeontologica Polonica.

“The fact that the Plateosaurus juvenile already looked so similar to the adults is all the more astonishing because they were ten times heavier,” Jens Lallensack, a paleontologist who took part in the study, told news agency DPA. 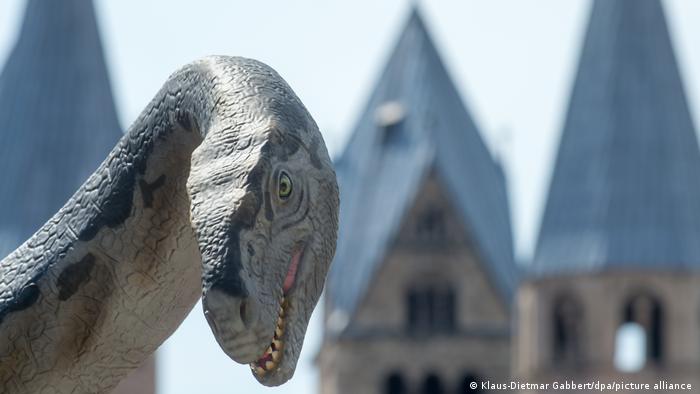 The long-necked Plateosaurus could grow to weigh up to 4,000 kilograms

Other dinosaur babies, on the other hand, looked wildly different from their full-grown adult versions.

Researchers have found that young Mussaurus hatchlings, which are related to the Plateosaurus, emerged walking on four legs — although adults moved around only on two, DPA reported.

From mini to massive

By comparing “Fabian” to the fossils of adults, they found numerous anatomical similarities, with only a few exceptions.

“The hand and neck of the juveniles are perhaps a little longer — the arm bones somewhat shorter and slimmer,” Darius Nau, a researcher at the University of Bonn’s Institute of Geoscience, told DPA.

The plant-eating, long-necked Plateosaurus lived around 220 million years ago in northern and central Europe and Greenland. Adults grew to be between 4.8 to 10 meters long and weighed up to 4,000 kilograms.

Morgan Stanley says to load up on these 10 stocks featured on the firm’s ‘buy list,’ which has dominated the broader market this year | Markets Insider

Alexandria Ocasio-Cortez on Biden’s Win, House Losses, and What’s Next for the Left