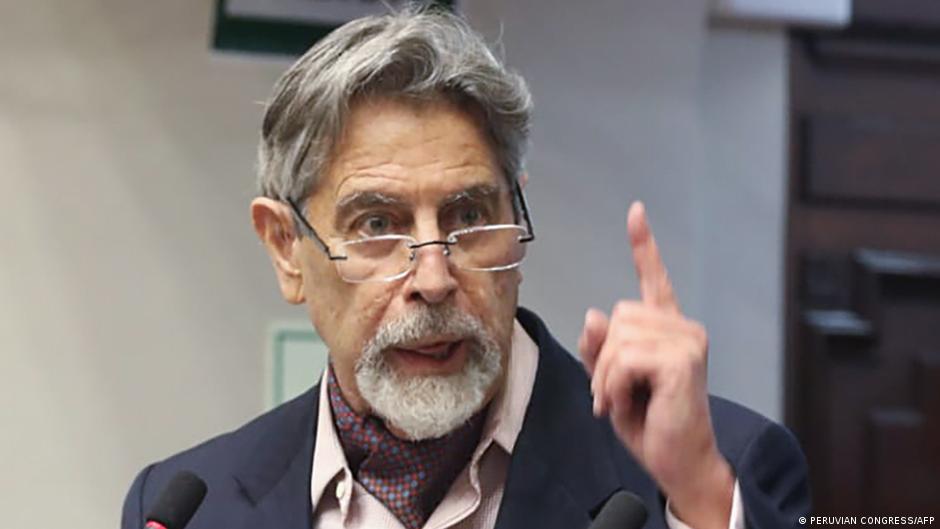 Centrist lawmaker Francisco Sagasti was selected by Peru’s Congress as the country’s next president on Monday, after a week of political upheaval that saw the resignation of two presidents.

Sagasti won 97 of the chamber’s 130 votes to clinch victory over his leftist rival, Rocio Silva Santisteban, who failed to secure the majority vote.

Sagasti, a 76-year-old former World Bank official and member of the centrist Morado party, will be sworn in at a special congressional session on Tuesday.

He will serve as Peru’s interim president until July 2021. His predecessor, Manuel Merino, quit after only five days in office following deadly protests. 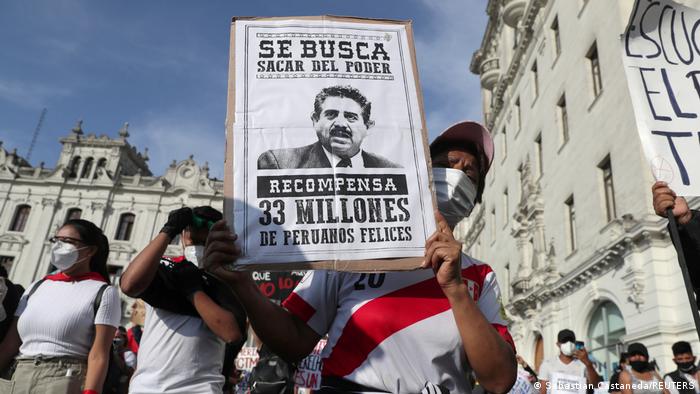 “I thank the population for all the effort. We regret the death of two citizens. This generation of young people has given us a lesson in how to redirect the destiny of the state,” said Mirtha Vasquez, who was elected as the new speaker of the Congress in the same session.

A bid to end political upheaval

Sagasti’s appointment is the latest attempt to end a week of political turmoil after Peru’s Congress ousted President Martin Vizcarra last week in an impeachment vote over corruption allegations and his handling of the coronavirus pandemic.

His impeachment was supported by 105 legislators — more than the 87 votes needed for the two-thirds majority required to remove Peru’s president.

Vizcarra, popular among many Peruvians for his anti-corruption agenda, has denied all charges and challenged his dismissal in the country’s Constitutional Court. He is still awaiting the ruling.

Prior to his impeachment, Vizcarra attempted to curb parliamentary immunity for lawmakers, angering the legislature. Half of the lawmakers in Congress are currently being investigated for their alleged involvement in crimes ranging from money laundering to  homicide. 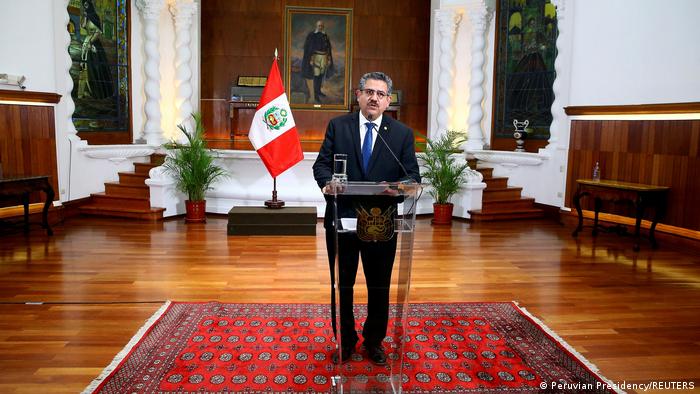 Vizcarra’s successor, Manuel Merino, faced opposition from the public soon after his appointment.

Critics decried the vote as a “coup,” leading to street protests. A crackdown by police ultimately led to the death of 22-year-old Jack Pintado, who was shot 11 times, including in the head. The second man killed, 24-year-old Jordan Sotelo, was hit four times in the thorax near his heart.

Public prosecutors have opened an investigation into Merino and his interior minister over the suppression of the protests.

Sagasti inherits a broken economy, hit hard by the coronavirus pandemic. Peru also has the world’s highest per capita death rate from the coronavirus.

Pompeo says Europe, US need to work together to address Turkey