Pelosi’s struggle to unite her caucus is just beginning 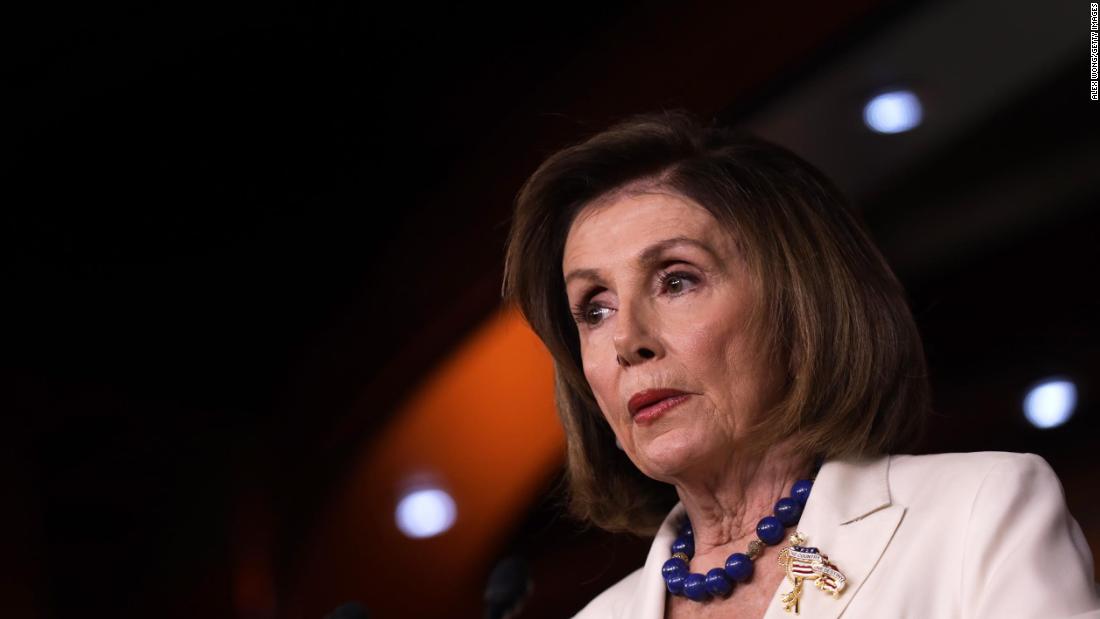 Unlike in the Trump years, during which the House’s agenda focused heavily on investigating the President and passing Democratic bills that never saw votes in the GOP-controlled Senate, Pelosi will have to find a way to help President-elect Joe Biden cement a legislative legacy, a task that could prove challenging if Republicans maintain the Senate after two runoff elections in Georgia in January.

After sweeping the 2018 midterm elections, Democrats now find themselves divided over their message heading into the 117th Congress. After failing to unseat Republican incumbents and losing races from South Carolina to California, Pelosi’s first test will be ensuring she gets a majority of votes on the floor for speaker in January.

Pelosi is running unopposed and already won the nomination in a private caucus meeting Wednesday, but the floor vote will be crucial for demonstrating she has the public support she needs to lead her party. Elissa Slotkin, a Democrat from Michigan, has already said she plans to vote against Pelosi. Depending on how narrow the majority shakes out to be, Pelosi may be able to afford to lose only a handful more members.

“I made a commitment in 2018 in front of my district, and I’m not going to deviate from a public commitment that I made,” Slotkin told CNN when asked why she was voting against Pelosi. “I’m not going to reverse myself on a public commitment. And, for me, I really think we need leadership that reflects the country. I’d like to see more Midwestern leaders, so that the people in my district feel like they’re represented. And so it’s not personal.”

With a thinner majority, both House progressives and moderates are arguing their influence is sure to be greater in the next Congress. Coalitions in either group will soon have the power to stop legislation in its tracks, which could make it tougher to pass even Democratic bills out of the House.

After a handful of Democrats running in Trump districts blamed losses on liberal refrains like “defund the police,” the moderates who were reelected are vowing to fight harder against the liberal voices in their party. Many members are also frustrated that in the closing days of the election, Pelosi did not cut a deal on a stimulus bill.

Asked if he would back the speaker for reelection, Democratic Rep. Dean Phillips of Minnesota told CNN that he will meet with Pelosi next week to have a conversation before pledging his support.

“I have a meeting scheduled with Speaker Pelosi in the next week to share my views on how we need to proceed, and I will make a decision after that,” Phillips said. “I need to see a Covid relief bill passed before the end of the year. There is no higher priority.”

Pelosi has changed some minds, however.

Rep. Jim Cooper, a centrist Tennessee Democrat who voted against her speaker’s bid in 2019, told CNN: “I will vote for her.”

Rep. Jason Crow of Colorado, another moderate Democrat and someone who voted against Pelosi in January 2019, has said he will back her this time.

“I wouldn’t support somebody unless I thought they were the right person to lead us forward,” Crow said.

Meanwhile, more liberal members are also planning to unleash their own influence over the next several months, arguing that they were crucial to motivating the base and turning out the Democratic electorate who voted to put Biden in the White House.

“I think we are well positioned to continue to play a critical role in delivering real, meaningful results to people who are suffering. That is the role the Progressive Caucus has already played in lifting up people who are often left out or forgotten in the conversation and perhaps whose interests are dominated by corporate interests and lobbyists,” Rep. Pramila Jayapal, a Democrat from Washington state who’s a co-chair of the Progressive Caucus, told CNN. “We understand with a narrowing majority that there is some leverage, but that there is also always a challenge that something could get even more conservative without our imprint on it.”

Pelosi has tried to downplay the divisions within her caucus, arguing that the members are united even as progressives and moderates see different visions for how to govern the party under Biden.

Still, in recent weeks, Democrats have had a series of tough conversations about where they go after their losses this year. Members have privately attacked liberal colleagues for talking about socialism and defunding the police, while more progressive colleagues have argued that the caucus cannot shield itself for having conversations about slogans that became part of a movement.

“Anybody who thinks that we as members of Congress can or should control the message of a street movement that erupts in the wake of people who were killed by law enforcement … is not living in reality,” Jayapal told CNN.

Adding even more uncertainty to the future of the party, the chairwoman of the Democratic Congressional Campaign Committee, Cheri Bustos, announced she wouldn’t run for another term. Progressive Democratic Rep. Alexandria Ocasio-Cortez of New York publicly questioned how her colleague Conor Lamb, a moderate from Pennsylvania, ran his campaign.

The race to lead the Democratic Congressional Campaign Committee now features Reps. Tony Cárdenas of California and Sean Patrick Maloney of New York, two men in their 50s elected to Congress in 2012.

While Cárdenas is campaigning on his work as chairman of the Hispanic Caucus’ BOLD PAC, Maloney touts that he has outperformed his own swing district as a married gay man with an interracial family and that he led the committee’s “Deep Dive” after the 2016 election that helped put the organization on its path to the majority.

When asked about whether proposals from the left — like defunding the police and banning fracking — hurt their candidates, Maloney told CNN that the House “didn’t pass a single piece of legislation that had anything to do with defunding the police” and “never pushed socialism.”

“Those are caricatures that our opponents used often with great dishonesty,” Maloney told CNN. “I don’t plan to enhance the attack by echoing it. There are tough messages being thrown at you in every challenging election cycle. My job is not to whine about it. My job is to win.”

House Democrats’ divides could become tougher to bridge as they try to find a way to work with Biden in January.

“We’ve heard a lot about this debate about strategy from all ends of the caucus, but I do think that one through line that we do hear, here, is messaging,” Ocasio-Cortez said.