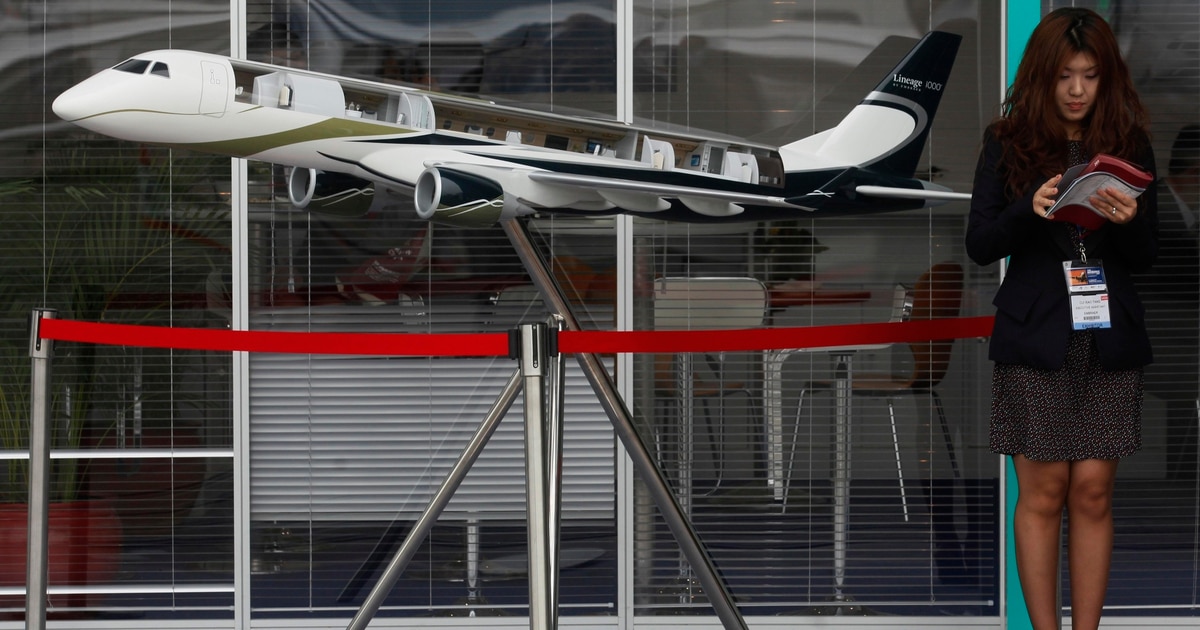 ISLAMABAD — Pakistan’s Navy has selected the Embraer Lineage 1000 jetliner to replace its P-3C Orion long-range maritime patrol aircraft, a source with knowledge of the program has confirmed to Defense News.

Outgoing naval chief Adm. Adm. Zafar Mahmood Abbasi announced Oct. 6 that the Navy would replace its P-3C Orion fleet with 10 converted commercial jets, the first of which has been ordered. However, he did not identify the type.

The Ministry of Defence Production, which handles acquisition, did not return requests for comment regarding the conversion and possible partners.

With only a single aircraft ordered thus far, the program is in its early stages. When converted for Pakistani service, the aircraft will be called Sea Sultan.

It is unclear if the aircraft is being acquired directly from the manufacturer or another party. Embraer did not respond to requests for comment.

The question of what issues may arise in converting the aircraft was put to Douglas Barrie, an aerospace analyst at the International Institute for Strategic Studies:

“Using a commercial turbofan engine-powered aircraft as the basis for an ASW [anti-submarine warfare] platform is not unheard of. After all, the U.S. P-8 is a Boeing 737-800 derivative,” he said.

But there are challenges in converting the aircraft, he added, “not least of all if internal weapons carriage is required where a bomb bay will need to be cut into the airframe.”

“[It is a] significant undertaking, and risk management is going to be important,” he said, adding that it’s likely Embraer will be asked to help with the conversion, “otherwise the challenges just get all the greater.”

Frederico Lemos, Embraer’s defense representative who handles business in Asia, did not respond to Defense News’ questions about whether the company is or would be involved in the conversion process.

Santo Stefano: This idyllic Italian village will pay you to move there