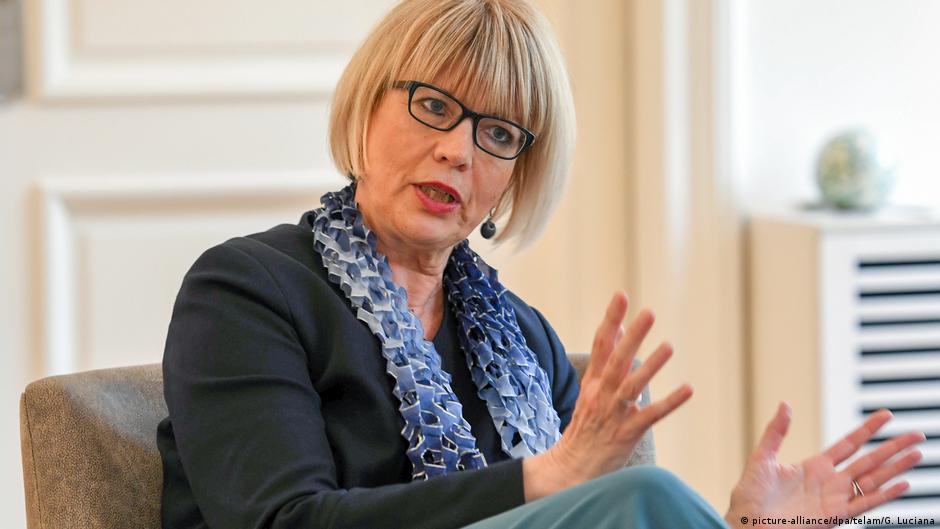 Helga Schmid is not well known in Germany. The 59-year-old career diplomat spent the last four years in Brussels as the influential secretary-general of the European External Action Service, the EEAS.

But she was also one of the chief negotiators of the 2015 nuclear deal between Iran and major world powers when she proved to have excellent negotiating skills.

She also played a special role in mediating between the EU and Russia during the international crisis surrounding events in Ukraine in 2013/14.

In both cases, the EU was pitted against the US, with former President Barack Obama insisting on a tough line against Tehran and Moscow, while the EU was more willing to compromise.

In early 2014, Helga Schmid experienced a brief moment in the international spotlight in this context. The recording of a phone call was made public on YouTube and she could be heard telling Jan Tombinski, then EU ambassador to Kyiv: “The Americans are going around saying that we are too soft and that they are stronger and want to go for sanctions (…) It is really quite unfair to be putting us on the spot like that.”

Purportedly this led Victoria Nuland, the State Department’s former top diplomat for Europe, to say the infamous words “F*** the EU” in a call with the US ambassador in Kyiv.

This ruffled feathers and led to weeks of diplomatic back and forth across the Atlantic. It also revealed how the EU and the US had a different approach to diplomacy, even before Donald Trump took office.

Before Helga Schmid joined the EEAS she had been the German embassy’s spokeswoman in Washington during the early 1990s, before taking senior roles at the German Foreign Ministry in Berlin.

As the new secretary-general of the OSCE Helga Schmid will again have to prove her skills in crisis management.

The Organization for Security and Co-operation in Europe, which spans 57 countries including the US and Russia, is itself in crisis. At the opening session of the organization this week, its outgoing chairperson, Edi Rama, spoke of a Cold War atmosphere among members.

This year, the OSCE has been faced with upheavals in Belarus, and the recent violence between Azerbaijan and Armenia over the disputed Nagorno-Karabakh region.

However, Rama stressed that the OSCE was the only remaining east-west security forum that can tackle crises that other regional groups have failed to solve.

The OSCE managed to fill the post of secretary-general only after months of wrangling, as Russia and Central Asian countries wanted to push through a candidate from Eastern Europe.

Helga Schmid is now facing the difficult task of uniting the member states – and of reinvigorating the organization and making it a more relevant voice in the multilateral world.

Revolut launches tools for its business clients to accept payments online, will take a 1.3% cut for UK and EU card transactions and 2.8% in other regions (Ryan Browne/CNBC)