Opinion: What the US can learn from how African countries handled Covid 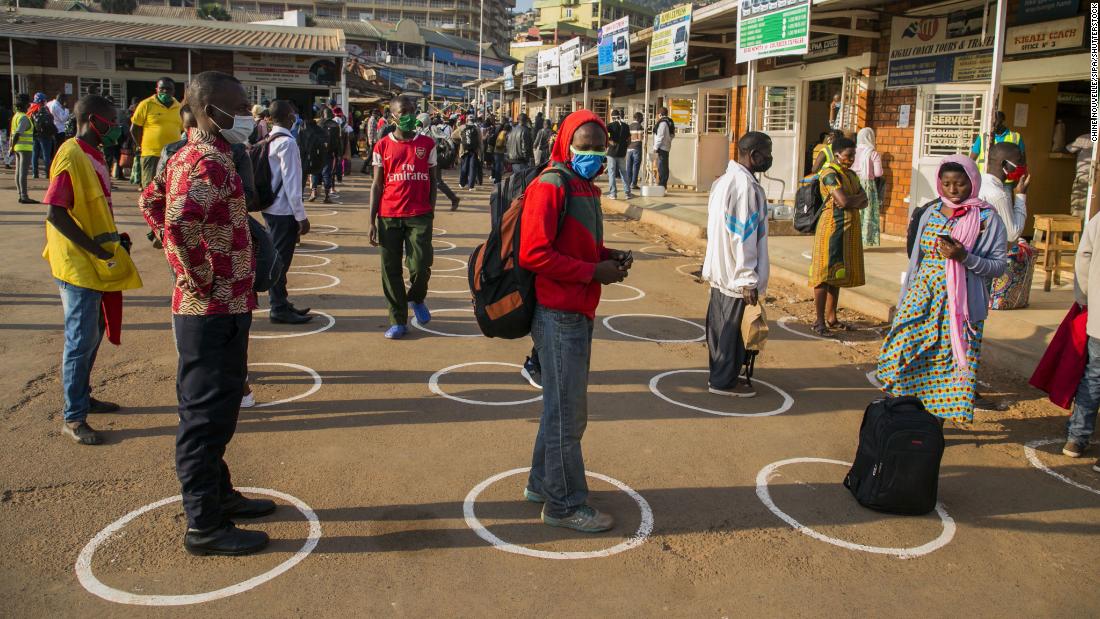 While some of this low reporting could be attributed to poor testing, Africa as a continent appears to have handled the pandemic more effectively than the US has.

Countries that have managed to contain Covid-19 have attained greater normalcy in their lives, while the everyday activities of ordinary Americans remain constrained, their lives lessened and threatened.

This great reversal of fortune is stunning when one accounts for the immense differences in wealth in these two locations.

Scientists are puzzling over the underlying factors driving Africa’s success — is it the relatively young population, lower connectivity to disease epicenters, cross-reactive immunities, or differences in lifestyle?

While many factors contribute to differences in Covid-19 outcomes, there are striking differences in the quality of leadership, disaster preparedness, conformity to scientific advice, and coherence in pandemic response strategies that appear to have played important roles.

Tackling this pandemic effectively requires collective behavior change and instilling a sense of civic duty. Leaders must inspire citizens to make sacrifices to protect one another. President Macky Sall of Senegal decided to self-quarantine even after testing negative for SARS-COV2, only because he was exposed.
In contrast, several of US government leaders continue to ignore basic social distancing and mask guidelines set by their own Centers for Disease Control and Prevention. They continue to host large rallies, and have encouraged people to gather in groups and protest against social distancing. This is a failure of leadership.

The experience of dealing with prior epidemics prompted several African leaders to quickly enact aggressive measures that closed airports in mid-March and restricted people’s movement to slow the spread of coronavirus. Senegal, Rwanda, Mauritius and Liberia began planning their COVID response as soon as the virus alerts were sent internationally and began screening and quarantining travelers at the airport. Ghana and Nigeria banned travel between cities and implemented curfews.
Within a week of its first reported case, Kenya shut its schools, banned gatherings, and enforced a mandatory 14-day quarantine for incoming travelers. South Africa implemented one of the toughest lockdowns in the world.
In contrast, the US was slow to react, and remained indecisive. Although the federal government banned travel by foreign nationals from China and eventually other countries, including parts of the EU, they failed to follow it up with any coherent plan, continued denying the severity of Covid, and made unscientific statements about how the virus will disappear like a miracle. There were failures at both the federal and state levels.

Another key difference between the leadership of many African nations and the US is the extent to which people with public health policy and pandemic expertise were allowed to set guidelines.

Many African countries focused on expanding testing capacity on the advice of epidemiologists. WHO and its technical partners sourced more than 2.1 million tests to the region and trained 100,000 health workers.
Within six months, Africa’s readiness score in infection prevention and control had risen from 62% to 78%. Fourteen countries in Africa now perform more than 100 tests per 10,000 people.
Senegal built infrastructure that allows Covid test results early on to be generated within 24 hours. Rwanda and Sierra Leone repurposed HIV and Ebola equipment for Covid tracking, testing, and quarantining. Ghana and Rwanda pursued creative innovations such as pooled testing — where multiple blood samples are first tested and if a positive result is found, individual tests carried out.
Contact tracing is another critical public health tool to slow disease spread. Many African countries used networks of community health workers and volunteers to conduct extensive contact tracing. South Africa, Cameroon, Mauritania, Ghana, Rwanda, Senegal, and parts of Nigeria have set up large-scale community door-to-door campaigns to test, treat, and isolate potential Covid patients.
In contrast, President Donald Trump has continuously attributed the number of cases in the US directly to testing, but experts say that testing alone doesn’t explain the high rate of infection. After President Trump contracted Covid, the White House did not appear to carry out thorough contact tracing efforts for those who attended Amy Coney Barrett‘s Supreme Court nomination celebration held at the Rose Garden, thought to be a super spreader event after multiple guests tested positive for the virus.

Moreover, the federal government has taken a hands on approach in setting CDC guidelines often leading to conflicting information. This has eroded public trust in the CDC, an agency that had previously successfully contained the transmission of several diseases globally. Top scientists managing the US government’s response have resigned. These developments have had immediate, real effects: vaccine hesitancy is now at record highs in the United States.

The global Covid-19 response index ranks New Zealand and Senegal as the two best responders to Covid-19. Their leaders followed scientists’ recommendations, and relayed clear, consistent messages to their citizens to encourage positive behavior change.
Many African countries employed communication strategies that led to rapid changes in norms around mask-wearing, sanitizing and distancing. Rwanda used drones attached to loudspeakers, chastising pedestrians for not wearing masks. Senegalese musicians encouraged people to stay at home and wash hands. Political leaders in Sierra Leone made cameo appearances in such music videos. Trusted local community leaders and town criers were deployed to relay health messaging.
In contrast, American leaders often provided conflicting, misleading and inaccurate messages, politicized the adoption of basic preventative measures and even ridiculed mask use. This has led to societal conflicts. While imposing lockdowns may be complicated and costly, implementing basic hygiene protocols, and masking requirements are not, and they can cut transmission rates by half or more.

A tragic and avoidable US death toll

The US, which had taken the lead coordinating role in most global crises over the past century, abdicated its leadership position early during this pandemic. Other global powers will have to fill that vacuum, but African countries took on promising regional coordination roles.

In February, Institut Pasteur in Senegal and the National Institute of Communicable Diseases in South Africa were the only two laboratories in Africa that had coronavirus testing capacity. This institute trained staff from dozens of other countries on how to test for Covid and by April, 43 countries in the African continent were able to diagnose coronavirus.

The rapidly escalating death toll in the US is tragic because much of it was avoidable. But African nations offer a hopeful message for the future.

Epidemics are inevitable, but clear-headed, evidence-informed leadership can mitigate the human consequences of this disease.

africaOpinion: What the US can learn from how African countries handled Covid - CNN
44
Share