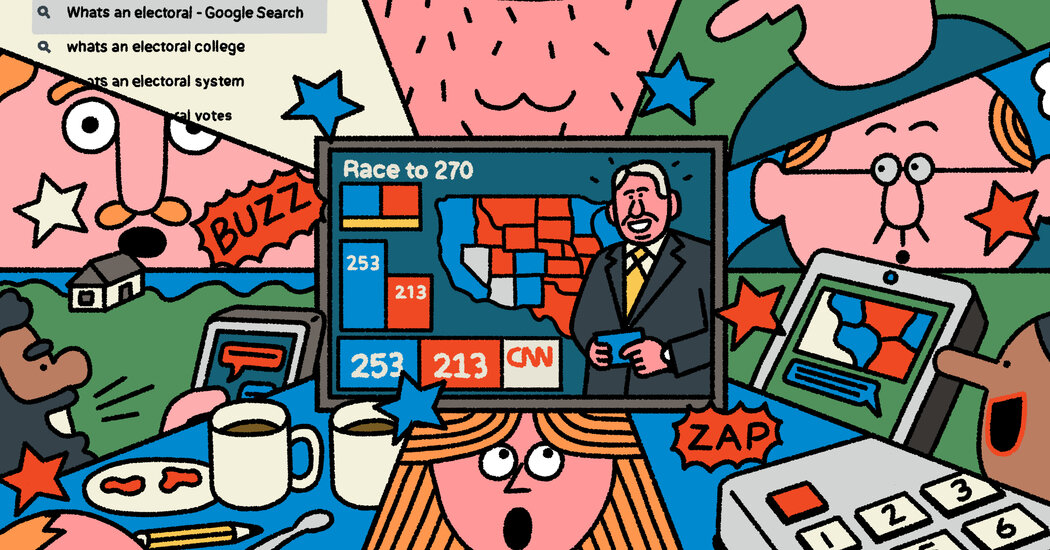 “Pennsylvania is flying now,” said my sister Dearbhaile. And Nevada, my brother Conall said, looked a certainty, even when one factored military votes into the usual Democrat advantage with mail-in ballots.

We puzzled over the gains Trump had made among Hispanic voters, which we, shockingly, had not foreseen. “Maybe,” said my brother Dara, in the sole moment of self-examination any of us managed the whole week, “it’s more difficult for us to grasp because we come from a place where identity politics is all there is.”

With our newly refined understanding of American politics, we began to look between and beyond the numbers, taking cues from more subtle variations. “John King is back on shift!” gasped my sister Caoimhe on Friday. “It must be close.”

On Saturday afternoon our time, Wolf Blitzer crossed the spaceship floor of CNN’s studio to announce Mr. Biden as victor. The game, or this part of it, was over. We greeted the news like it was an acquittal for a crime we had not committed, gasped at the commentary for another hour or so, and promptly switched off CNN for the first time in four, long days.

The images we shared afterward were from an Irish news program that ended its election coverage with elegiac footage of Mr. Biden’s win, overlaid with audio from one of his most prominent campaign videos, in which he recites “The Cure at Troy” by Seamus Heaney. Distances collapsed as the man we’d just watched win the presidency 3,000 miles away spoke the words of a poet born half an hour from our family home.

Then time resumed its gentle gallop. Pages peeled from the calendar once more. My father’s dog died. I turned 35. The grandchildren resumed their position at the summit of our group chat’s interest. A week on, our CNN obsession seems like a relic of the ancient past. Chancing on the network on a channel hop evokes only the melancholy stab of a fondly remembered, but increasingly distant, summer romance. We hope our wider attentions to Washington will soon follow that diving arc.

We’ll always have the week we spent in thrall to the beating, flashing heart of American news, and the catharsis of its eventual end.

Not that the Biden win had surprised all of us by that stage. My father had called Maricopa County days before.

Séamas O’Reilly (@shockproofbeats) writes for The Irish Times and The Observer and is the author of the forthcoming memoir “Did You Hear Mammy Died?”

The Times is committed to publishing a diversity of letters to the editor. We’d like to hear what you think about this or any of our articles. Here are some tips. And here’s our email: letters@nytimes.com.