Opinion | This Is America 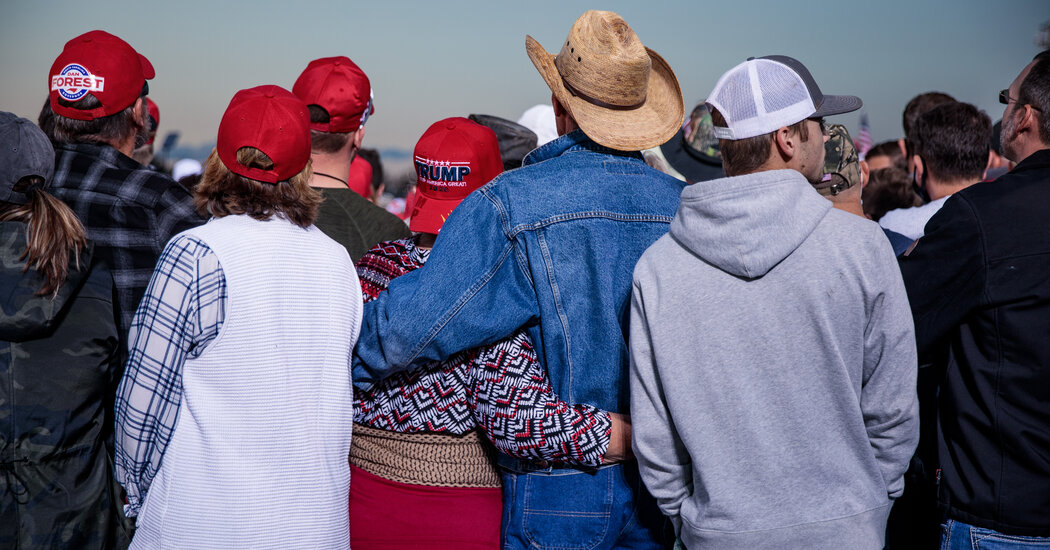 They are not concerned with the collective, because they believe any success they achieve by virtue of their white privilege is achieved by virtue of merit. They see equity as oppression. They are so terrified, in fact, that as the final votes were counted in Detroit, a group of them swarmed the venue shouting, “Stop the count.” In Arizona, others swarmed a venue shouting, “Count the votes.” The citizens of this version of America only believe in democracy that serves their interests.

I do not know how we move forward from this moment. I am optimistic, certainly. I am excited that Kamala Harris will be the first Black woman vice president. I am excited that Mr. Biden will not lead and legislate via social media, that he is competent and that he may not lead the revolution but he will, certainly, lead the country.

I’ll be honest. The past four years have shattered my faith in just about everything. I feel ridiculous saying that. I feel ridiculous that I was so confident in a Hillary Clinton victory, that I believed that if a terrible person was elected president, checks and balances would minimize the damage he could do. Since Mr. Trump’s election, we have watched him and the Republican Party execute their plans systematically and relentlessly. They have dismantled democratic norms with vigor. We have seen an endless parade of horrors, from families being separated at the Mexican border, to a shattered economy, to an administration completely indifferent to a pandemic that continues to ravage the country. And the list goes on and on. Atrocity only begets more atrocity.

At the same time, the past four years have energized me. They have moved me further left from the comfort of left of center. I have become more active and engaged in my community. I find my sociopolitical stances changing toward real progressive values. I am not the same woman I was and I am grateful for that, even if I hate what brought me to this point.

For much of the 2020 election cycle, many of us wanted anyone but Donald Trump as president because literally anyone but Mr. Trump would be an improvement. The bar he set was subterranean. As the Democratic field narrowed, there was time to consider who would best serve the country, but even as we found our preferred candidates, it was clear that getting Mr. Trump out of office would only be the beginning of the work. That’s where things stand. The state of this country will improve if and when Joe Biden is inaugurated as the 46th president of the United States, but a great many things will stay exactly the same unless we remain as committed to progress under his administration as we were under Mr. Trump’s.

This is America, a country desperately divided, and desperately flawed. The future of this country is uncertain but it is not hopeless. I am ready to fight for that future, no matter what it holds. Are you?

Twitter removed a student's tweets critical of Proctorio, which makes an exam monitoring tool used by many US schools, for reproducing Proctorio's code (Zack Whittaker/TechCrunch)