Opinion | Myanmar Still Loves Aung San Suu Kyi, but Not Why You Think 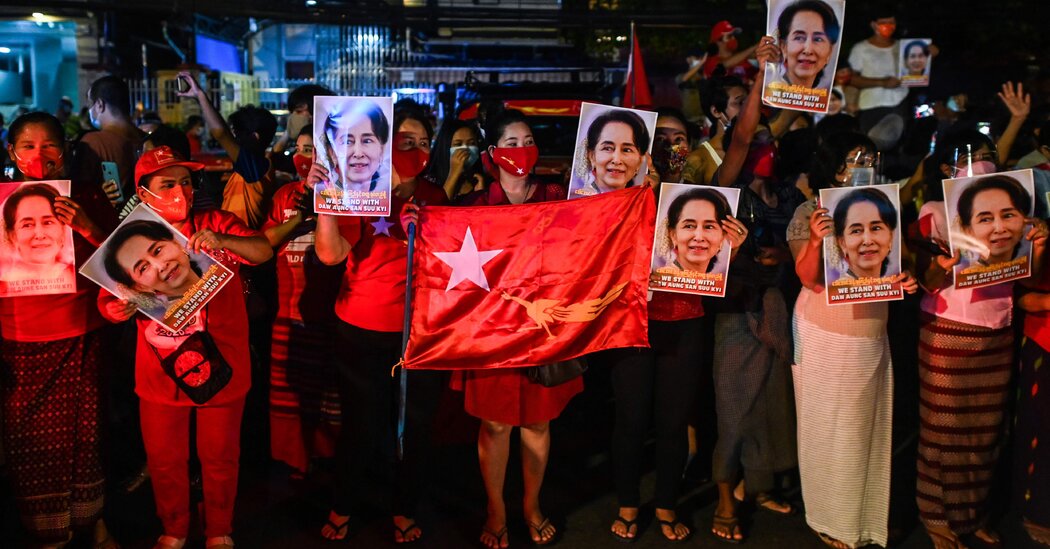 Then there is demography. Decades of a “Burmanization” policy, a systematic effort to culturally assimilate the country’s very many ethnic groups, have further institutionalized benefits and privileged access to public services for the majority Bamar ethnic group. Another effect has been to change the composition and balance of the population in some ethnic regions, typically to the disadvantage of local ethnic groups — a result that has sometimes been compounded by internal migrations caused by poverty.

Demographic changes also disserved ethnic parties in this month’s elections in Kachin, Karen and Mon States, and all the more so because in early 2020 the N.L.D. government lowered the residency requirement for voters (from 180 days to 90 days), allowing many migrants or very new residents — in most cases, from the majority Bamar group — to vote in ethnic minority regions.

So now what? Is the election’s outcome, and the people’s powerful re-endorsement of the government, a validation of the N.L.D.’s version of democracy: super-majoritarian and, some might say, illiberal?

On Nov. 12, the N.L.D. sent a letter to 48 ethnic political parties inviting them to join it in building a federal democratic union and “ending civil war.” “The ethnic parties’ objectives are the same as the N.L.D.’s, and the N.L.D. will prioritize the ethnic peoples’ desires in the future,” the letter said. A party spokesman also said that new government “must be a national unity government.”

This is a welcome step, and it suggests that the N.L.D. is aware that even its apparently commanding mandate and ringing popularity have political limits in such a divided society. The risk, though, is that the party might only be gesturing at a government of national unity and will then try to co-opt the ethnic parties with various political rewards.

But sticking with the political status quo would not help solve the country’s deepest problems; more likely, it would create even more deadlock — and breed anti-system resentment; more radical ethnic nationalism, as already exists in Rakhine State; or adventurism on the part of the military.

Civil-military relations have been deteriorating. Ethnic conflicts are intensifying. International pressure over the Rohingya crisis continues. Socio-economic hardships have worsened with the coronavirus pandemic. The N.L.D.’s victory was a vote of confidence that it can do better, not an endorsement for more of the same.

Min Zin is the executive director of the Institute for Strategy and Policy-Myanmar, a think tank in Yangon.

The Times is committed to publishing a diversity of letters to the editor. We’d like to hear what you think about this or any of our articles. Here are some tips. And here’s our email: letters@nytimes.com.