Opinion: How South Africa is viewing Trump vs. Biden 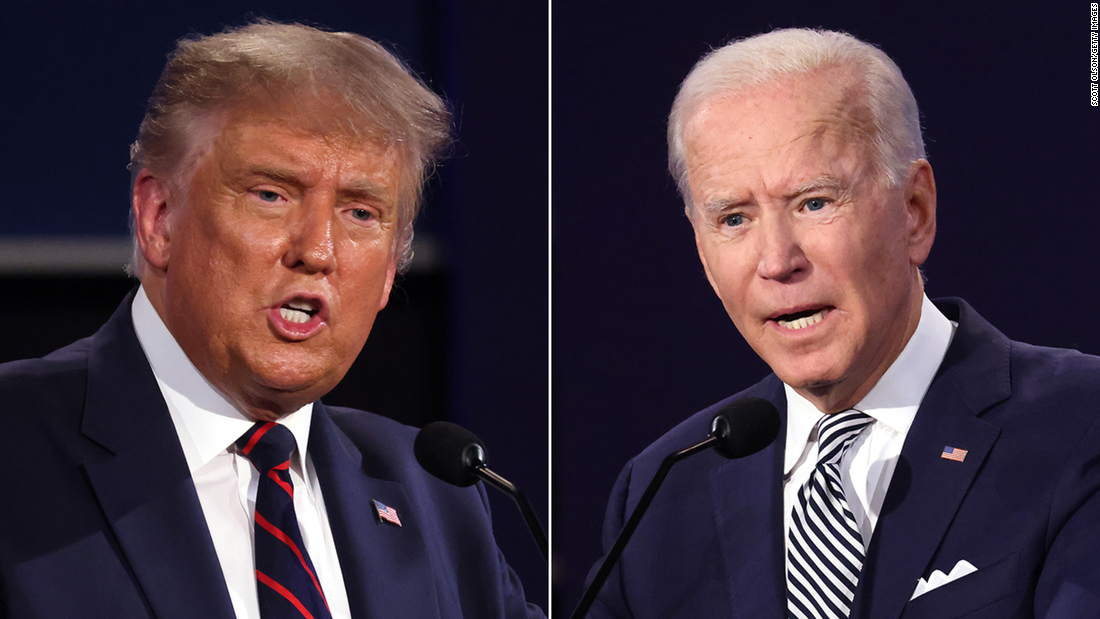 48
Share
US involvement in South Africa peaked during the Cold War. It has revived only recently, and sporadically at that, largely as a counter to Washington’s unease over the growing influence of China, with that nation’s ostensibly “no strings attached” economic assistance to Africa through its “belt and road” initiative.

For historical reasons, South Africa’s relationship with the US is a little different than other African nations. During the apartheid years, the White minority governments aligned themselves with the Western nations and leveraged SA’s militarily strategic position to maximize British and US support. This support, articulated by President Ronald Reagan as “constructive engagement,” alienated the oppressed Black majority and left a lingering bad taste with many in Nelson Mandela’s African National Congress, which has been the ruling party since South Africa’s first democratic election in 1994.

Trump’s outspokenness regularly ruffles feathers. There was anger when he tagged all of Africa, along with Haiti, as “shithole” countries, causing an affronted South African administration to summon the US chargé d’affaires for a dressing down.
That it was a mere chargé d’affaires in the hot seat probably added to the slight. Trump took more than two years to replace President Barack Obama’s highly regarded ambassador, and the eventual appointment was of a diplomatic neophyte, a Florida socialite and handbag designer whose apparent qualification for the job was being been born in South Africa.
In a similar vein, and somewhat outrageously given that South Africa has its own problems with law enforcement’s use of excessive force, President Cyril Ramaphosa’s government seized on the #BlackLivesMatter protests to lament George Floyd’s “regrettable death” and condescendingly observed that the incident “[presented] the USA with an opportunity to address fundamental issues of human rights.”
Many of the ANC’s radical positions are rooted in socialist solidarity with the countries that backed it militarily during its revolutionary exile during the apartheid years — the likes of Cuba, China and Russia. The government’s views tend to be at odds with those of President Donald Trump’s administration over Zimbabwe, Venezuela, Iran, the recognition of Jerusalem as the capital of Israel, and the seemingly intractable issue of Palestinian statehood, of which Ramaphosa’s government is a vocal supporter.
Whatever its antipathies, the Ramaphosa government has been scrupulous about not commenting publicly on the US elections. Privately, it has a preference for Biden, with a government analyst telling me that South Africa believes the Democratic candidate would return to the multilateralism that Trump has scorned and is expected to be less protectionist and isolationist when it comes to China. (While most South Africans have a positive view of China’s investment in Africa, a Pew study found they expect the US to be more reliable ally than China in the future. The same study found that 42% of South Africans said last year that they had confidence Trump will do the right thing in world affairs.)
Ramaphosa’s government knows that it will have to court whoever wins the White House. South Africa is dependent on a strong economic relationship with the US. There are around 600 US firms here, with many making SA their springboard to the rest of Africa. The US is South Africa’s third-biggest export destination and the country benefits from the Generalized System of Preferences trade program and the country hopes to continue to benefit from the US African Growth and Opportunity Act, currently under review. Also, Ramaphosa’s efforts to resuscitate an ailing economy rely on large US infrastructural investment flows.
Aside from slights and rhetoric, the US-SA relationship has remained remarkably unchanged under Trump. Trump did not carry out threats to slash funds to an admirable example of US largesse, the President’s Emergency Plan for AIDS relief (PEPFAR) — which has provided US $6.2 billion since the George W. Bush years to assist South Africa with one of world’s largest HIV/AIDS burdens.
And despite Trump’s controversial 2018 tweet amplifying false claims about land seizures and the “large-scale killing” of White farmers, he did not follow up on lobbying by White rightist organizations to curb US assistance to South Africa because of concerns over proposed expropriation of White-owned farmland.

It’s simplistic to assume that any Trump support that exists in Africa only comes from the White right. While many South Africans often view Trump’s behavior as crass, others I’ve encountered see him as an admirably blunt crusader against political correctness and bureaucratic inertia. One example: Unathi Kwaza, who has served on the on the board of Free Market Foundation and on the council of the Institute of Race Relations, says that while she disagrees with Trump’s tariff wars with China, she would love to see him in office for the next four years. “He rubs the media the wrong way because he has never been politically correct. For me that is a great thing,” she told me. “There’s nothing worse than not knowing what a person is really thinking because they’re afraid others wouldn’t approve.”

Trump’s stance on Israel has also drawn strong but quiet support from some sectors of South Africa’s shrinking Jewish community, which numbers barely more than 50,000, equivalent to only 0.1% of the country’s population of 58 million.
The dazzle of US power and influence can even beguile some who normally toe the ANC line. Mining tycoon Patrice Motsepe, a brother-in-law of Ramaphosa, had to backtrack rapidly after telling Trump at a World Economic Forum dinner in Davos that Africans love him and “we want you to do well.” Motsepe, after sharp public criticism, had to apologize for appearing to take on the mantle of spokesperson for Africa.

From a developing world perspective, a salutary effect of the Trump years is that any American assumptions of exceptionalism have surely been shattered. Old and bitter social divides, long glossed over, are now on full display.

America has revealed itself to be a nation as fallible as any other — a nation that is struggling to mount the transparently “free and fair” elections that it has long lectured less fortunate countries on, and a nation where the incumbent hints at refusing to leave office on the basis of a “stolen” vote, long before the election has even taken place.

It is the nature of feelings of national exceptionalism that a country imagines itself not only to be the center of the universe but to be more benign than others actually experience it. For those of us watching from a distance, the reality has proven to be somewhat different.