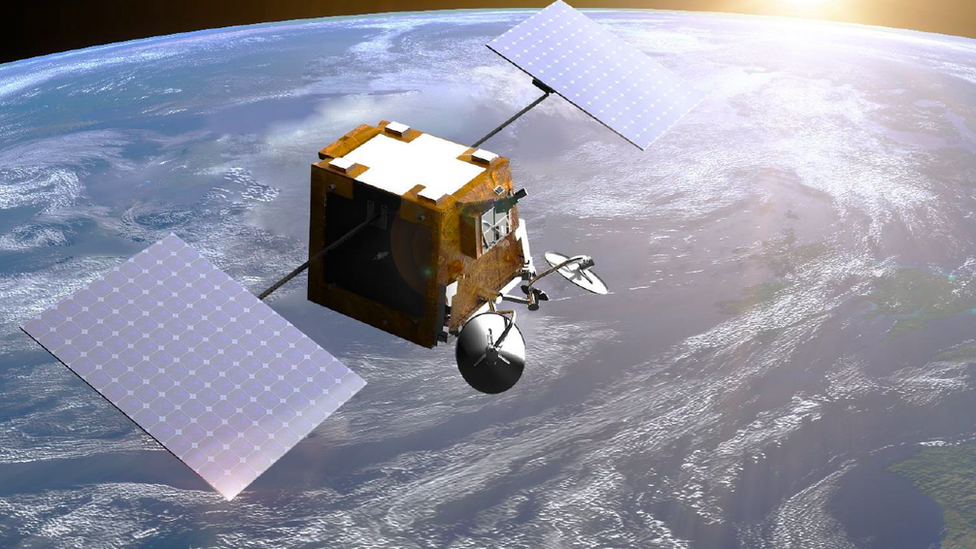 The OneWeb satellite operator has formally emerged from bankruptcy.

Ownership has transferred to a new company with its principal shareholders now being the UK government and the Indian conglomerate Bharti Global Ltd.

The new holding takes possession of all the operator’s assets, including the 74 satellites it has in orbit and all the ground infrastructure to support them.

It means the London-headquartered business can now crack on with building its broadband internet constellation.

This would see 648 spacecraft taken aloft to deliver connectivity to nearly all land and sea surfaces around the globe.

The next 36 satellites have already been despatched from a Florida factory to Russia’s Vostochny Cosmodrome for launch on a Soyuz rocket, currently scheduled for 17 December.

It’s understood the components exist for a further three batches, and the new owners have been busy in recent weeks re-establishing old supply chains to fully ramp up production to pre-bankruptcy levels.

OneWeb sought Chapter 11 protection in the US in March after its then biggest shareholder, Japanese tech funder Softbank, stepped back from further investment in the project.

The bidding process to pick up the assets, including the radio frequencies used by the constellation, was won by a consortium led by the London government and Bharti, who are both injecting $500m into the reborn venture.

The sale, which was approved by a US federal court last month, sees OneWeb resume trading with its old debts wiped out.

And Friday’s announcement of the sale’s completion is accompanied by the appointment of a new chief executive. It will be Neil Masterson, formerly the Co-Chief Operating Officer at business information provider Thomson Reuters. OneWeb’s previous CEO, the experienced telecoms executive Adrián Steckel, will continue as an adviser to the board.

Mr Masterson, who is currently based in New York, is returning to London to take up his new role.

“I am looking forward to helping the OneWeb team deliver and commercialise their vision to provide internet access across the globe,” he said in a statement.

“OneWeb has a strong social purpose to improve the world’s access to information, which I share. It has great talent, a compelling commercial opportunity, and is supported by committed and knowledgeable owners and investors.”

The UK government’s involvement in the company’s rescue has been a controversial one, with critics questioning why ministers would invest so much money in what remains a risky venture. Business Secretary Alok Sharma even had to issue a “ministerial direction” to push the investment forward after civil servants stated their objection.

But proponents of the OneWeb tie-up see great opportunities in the satellite constellation to deliver a range of services beyond internet connectivity.

One such service would include precise positioning, navigation and timing, a capability the government is keen to establish in some form now that its partnership in the European Union’s Galileo sat-nav project has ended following Brexit.

But any such service would be quite a way down the road. The new OneWeb company’s priority has to be to build out its first-generation broadband network.

The aim is to have coverage in the Northern Hemisphere down to about 50 degrees latitude next year (which would cover the UK), with the full constellation in place the year after. Sixteen launches have been booked with the French Arianespace rocket company to facilitate the roll-out.

To achieve its goals, the project will, however, need further cash – certainly more than $1bn. And all the while, its major competitor, Starlink, being set up by the Californian rocket company SpaceX, is cementing its position in the market.

Starlink, which has over 700 satellites in orbit now (the architecture of its network requires more satellites than OneWeb) has already begun beta testing with customers.

The two projects are, though, following very different business models. OneWeb will be working with partner telecos to deliver its broadband connections, whereas Starlink will be selling direct to the consumer.

A key industrial partner going forward will be the pan-European aerospace giant Airbus. It’s already involved in the Florida factory, having designed the first-generation satellites, and the UK arm of the company has its eyes on helping to develop future capabilities.

“The UK’s vision in investing in OneWeb will not only help deliver high-speed internet connectivity across the world but also has the potential to provide highly accurate navigation and timing,” said Richard Franklin, the managing director of Airbus Defence and Space UK.

“Early research at Airbus and from a number of other key experts indicates that future OneWeb low-Earth orbit satellites could offer greater national resilience and a huge leap forward in the infrastructure needed to roll-out truly autonomous vehicles – land, air and sea.

“This is an area where the UK could now lead the world by seizing the opportunity to be at the forefront of this new technology and the wide ecosystem of service businesses needed to support such a vision.”

The Best iPhone 12 Deals (and Which Model to Pick)