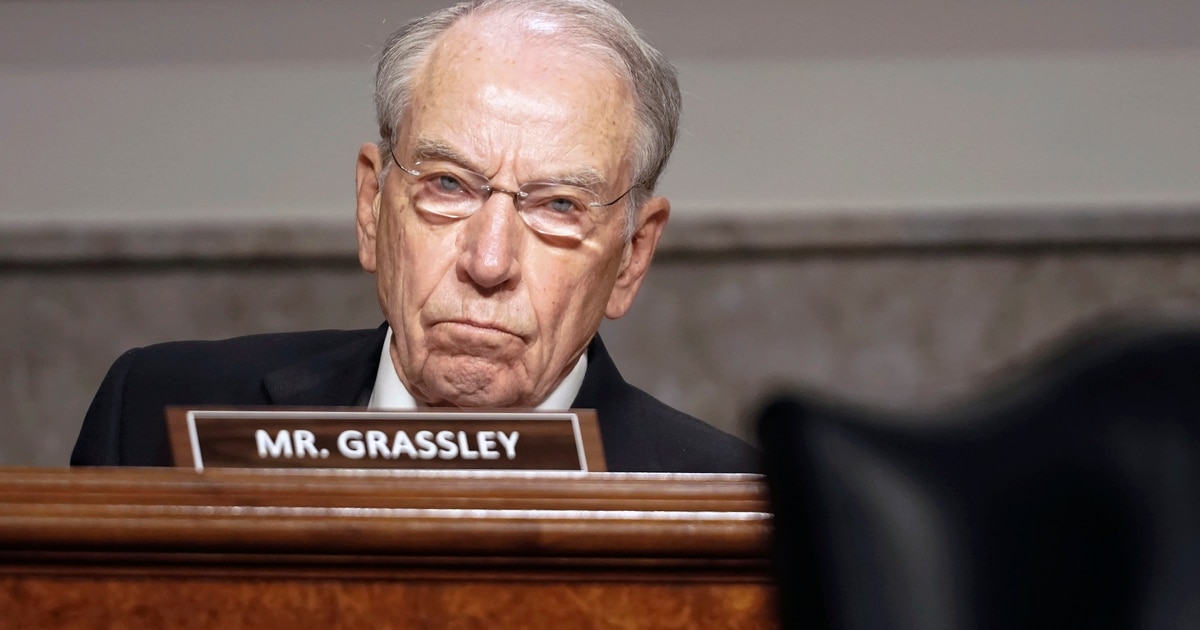 WASHINGTON — One senator is still probing the Pentagon for answers on its long-delayed enterprise cloud contract, questioning if the technology requested two years ago is still relevant and asking how much the department has spent resolving related legal disputes.

Sen. Chuck Grassley, R-Iowa, sent a letter addressed the Secretary of Defense Mark Esper asking 14 questions about the the DoD’s Joint Enterprise Defense Infrastructure cloud contract, a solicitation that has faced protests and court challenges that have continued to plague the department nearly a year after the contract was awarded to Microsoft over Amazon Web Services.

In the letter, Grassley, who chairs the Senate Finance Committee, asked the department to lay out how much the DoD spent due to the “issues that arose from allegations of conflicts of interest or other issues that may have caused significant delays and award disputes.”

The senator also wants to know if the cloud computing technology the department asked for through JEDI, which officials have said is critical for the development of artificial intelligence, is still relevant.

“At the exponential rate in which technological advancements occur, especially relating to cloud and artificial intelligence technology, are the contract requirements that were written over two years ago still up to date? If not, what steps have you taken to get them up to date?,” Grassley asked in a letter dated Oct. 5.

He continued: “In the past 6 months has the Department assessed the market’s current capabilities and trends to ensure the Department receives the most appropriate and advanced equipment and is aligning with industry standards?”

Grassley also has questions about the behind-the-scenes acquisition process for the cloud contract, which could be worth $10 billion over up to 10 years, after a wide-ranging, 313-page report from the department’s inspector general earlier this year found that some DoD officials created an “appearance of impropriety” in the early stages of the contracting process.

In the report, the IG found that the contract was carried out “consistent with applicable law and acquisition standards,” but found that two DoD officials involved in the contract committed ethical violations, though they didn’t influence the final source selection. One official, the IG found, held stock in Microsoft, while the other failed to disclose that he was actively negotiating for a job at AWS while working on the JEDI RFP. The IG also examined claims against five other DoD officials but was unable to substantiate them.

In the letter, Grassley asked that the department brief his staff on changes the “how Department regulations will change as a result of the findings” by the inspector general.

“The mere appearance of impropriety taints the contracting process and could cause all applicants to wonder if they won or lost a contract due to backroom deals that benefit Department employees,” Grassley wrote to Esper.

He also wants answers on why the department still hasn’t provided the IG responses to several recommendations the IG made and didn’t provide comments on the final JEDI report. Several of Grassley’s questions ask about the status of specific IG recommendations.

“The Department has a duty to the American taxpayer to ensure funds are spent wisely, and contracts are free of costly and unnecessary disputes,” wrote Grassley, who wants answers by Oct. 19.