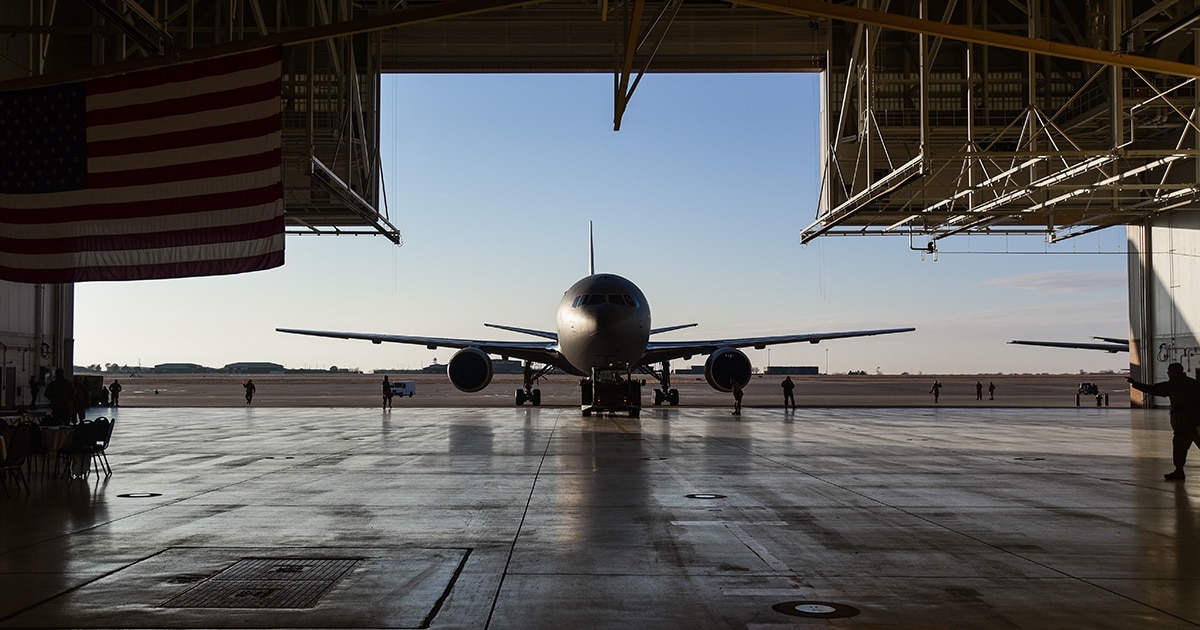 WASHINGTON — The U.S. Air Force halted a delivery of the KC-46 yet again after problems with the electrical system were found on one new tanker slated to make its way to the service.

The issue was first disclosed during an Oct. 1 hearing of the Senate Armed Services Committee, when Sen. Jeanne Shaheen, D-N.H., said that a KC-46 that was supposed to have been delivered Sept. 25 by Boeing to Pease Air National Guard Base had been delayed.

“They just learned that that delivery was canceled due to electrical problems with the aircraft,” she said to Ellen Lord, the Pentagon’s top acquisition official.

In a statement, Boeing said a “minor electrical issue” on a single KC-46 was found by the company during acceptance tests.

“In flight, one of the radar warning receivers is indicating a fault through the plane’s fault management system,” Boeing spokesman Larry Chambers said. “We think it may be a poor electrical connection that needs to be re-seated. We are currently evaluating a fix. Resolving this has caused a minor delay to delivery of this single airplane. Boeing expects to conclude this activity within the next several days and is working with the Air Force on a new delivery schedule.”

The issue is not a design or safety-of-flight issue that would pose risk to the aircrew, he added.

But Shaheen, speaking at the hearing, expressed frustration with Boeing over its repeated difficulties designing and building the new tankers, with challenges over the life span of the program that have included wiring issues and problems with the vision system that allows boom operators to safely refuel other planes.

“I’ve spoken to a whole number of officials from Boeing from our military leadership as recently as last week with Gen. [Jacqueline] Van Ovost, who is the head of Air Mobility Command, all of whom have assured me that we’ve had good conversations between the [Department of Defense] and Boeing, and that the problems are being worked out. We’re not going to continue to see these challenges,” Shaheen said.

“And yet we’ve got another aircraft that’s not being delivered because of another problem. So how do we fix this? Because it is an ongoing challenge that’s affecting our ability to our national security, long term if we don’t get these refueling tankers up and running.”

Lord responded that KC-46 problems have included design and engineering flaws as well as issues occurring during the manufacturing of the jet.

“The KC 46 has been an extremely problematical program. I speak with Leanne Caret, the CEO of the defense side of Boeing, on a regular basis about it,” Lord said. “One issue is frankly the technical solution. That was the original design [and] is now being redesigned, but also we have had a myriad of manufacturing issues with [foreign object debris] and other issues.”

However, she said the root cause of the problems is the fixed-price firm contract used for the KC-46 program, which makes Boeing financially responsible for any costs beyond the $4.9 billion ceiling. So far, Boeing has spent more than $4.7 billion in company funds on the KC-46 program — almost equivalent to the Air Force’s own investment in the program.

The Air Force plans to buy 179 tankers, 38 of which have already been delivered to the service. Seven KC-46s have gone to Pease ANGB.

This story is developing. Stay tuned for updates.

You Can Buy Disney’s ‘Mulan’ on Amazon, Vudu, and More Starting October 6