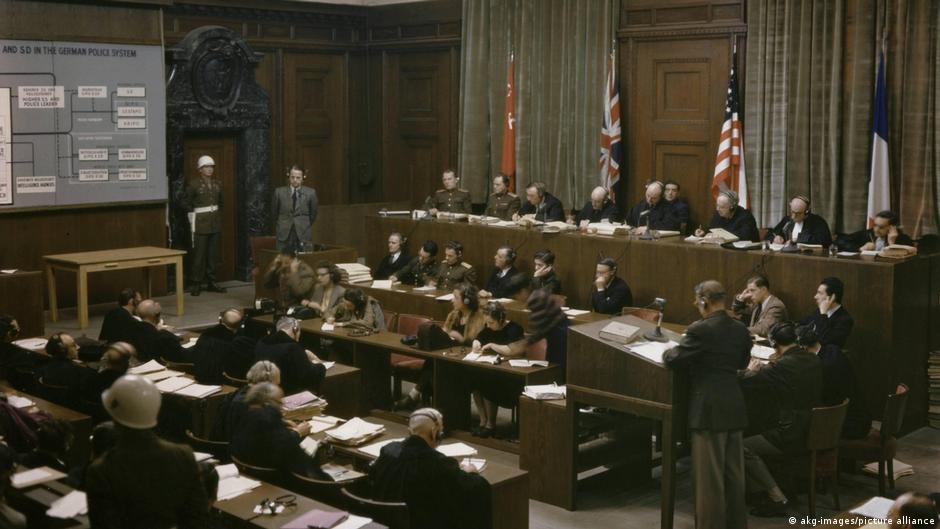 Nuremberg 1945: The second-largest city in Bavaria largely lay in ruins. After almost six years of the Second World War, Germany had surrendered unconditionally on May 8. Now Nuremberg, where the National Socialist German Workers’ Party once celebrated pompous rallies, was to become the scene of the party’s reckoning before the law: For wars of aggression, mass murders and twelve years of dictatorship. The victorious powers — the USA, the Soviet Union, Great Britain, and France — are setting up an International Military Tribunal for this purpose.

Read more: How Germany confronted its Nazi past

The main war crimes trial against 24 close followers of the dictator Adolf Hitler began on November 20. Powerful Nazi leaders who once dreamed of world domination were sitting on the wooden benches in courtroom 600 of the city’s Palace of Justice, largely chosen because it was one of the few unscathed buildings large enough, and with its own prison facility, to host such a trial. The defendants included Reich Marshal and Luftwaffe Commander-in-Chief Hermann Göring, Hitler’s temporary deputy Rudolf Hess and Foreign Minister Joachim von Ribbentrop.

They were accused of crimes against peace, war crimes, crimes against humanity and conspiracy. Nazi organizations such as the Schutzstaffel SS or the Gestapo Secret State Police were also indicted — as “criminal organizations.” But the worst perpetrators were not on trial: Adolf Hitler, SS chief Heinrich Himmler and Reich propaganda leader Joseph Goebbels had committed suicide at the end of the war.

Justice instead of revenge

But the significance of the trial was vital: For the first time in human history, states with different forms of government and constitutions were holding leading representatives of a defeated enemy accountable for violations of international law.

In his opening speech, the US Chief Prosecutor Robert H. Jackson emphasized the historical dimension: “That four great nations, flushed with victory and stung with injury stay the hand of vengeance and voluntarily submit their captive enemies to the judgment of the law is one of the most significant tributes that power has ever paid to reason.” 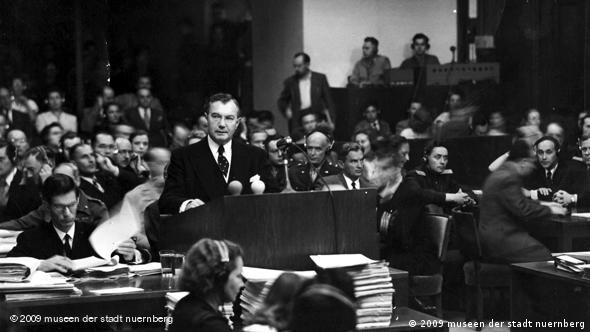 US Chief Prosecutor Robert H. Jackson emphasized the historical dimension of the trial

The Allies also broke new ground with their definition of the charges. The concept of war crimes had already been established in the Geneva Conventions of 1864, but “crimes against humanity or the crime of war of aggression — crimes against peace, as it was still called in Nuremberg — had not existed before in that sense,” Christoph Safferling, professor for international law at the University of Erlangen-Nuremberg, told DW. “These criminal offenses were born in Nuremberg.”

A shock for all trial observers

Rönn told DW that at first, no one had known the dimension of the atrocities. But the evidence presented changed that. The court showed films of mountains of corpses from concentration camps like Auschwitz. “It was a shock,” remembers Rönn. “One could not imagine that such horrible atrocities could be committed in Central Europe and by a cultured people.”

None of the defendants would admit their personal guilt. Hardly anyone showed remorse or admitted knowing about massacres and extermination camps. Göring even claimed he never ordered a murder, nor ordered or condoned other cruelties where he’d had the power and knowledge to prevent them.

Almost all of the defendants denied the court’s authority, accusing it of being no more than “victor’s justice.” Even parts of the German population felt it was unjust, and there was criticism that Allied war crimes remained unpunished.

Suicide shortly before the execution

But these reservations do not make “the prosecution of German crimes illegitimate,” says Safferling. Moreover, would the Germans, liberated as much as they were defeated, have been either practically or morally capable of judging their compatriots?

Eyewitness Rönn doubts this since many Nazis had remained in official positions after the war. “I do not know how these trials would have gone in a German court. With these Nazi leaders, who all still knew each other, who had appeared at the Reich Party Congress and had all shouted ‘Sieg Heil.’ [‘Sieg Heil’ was a Nazi greeting, Eds.] There was a certain relief: The victorious powers took the responsibility from us.” 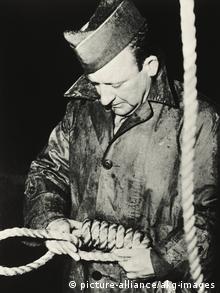 In terms of organization, the trial surpassed everything that had ever been possible before: In 218 trial days, the court heard 240 witnesses and examined more than 300,000 affidavits. The minutes of the hearing comprised 16,000 pages. On October 1, 1946, the mammoth trial ended with the pronouncement of 12 death sentences, seven prison sentences and three acquittals. Sixteen days later, just hours before his execution, Göring committed suicide with poison.

Twelve more trials took place before US military tribunals against 185 other selected Nazis. Some 24 of those were sentenced to death. The last trial ended in April 1949.

Verdicts were passed. But was justice done? In the light of the sheer scale of the crimes committed, it’s a question that would fundamentally overtax any justice system. But the Nuremberg trial was certainly of groundbreaking significance. Without it, the UN war crimes tribunal for the former Yugoslavia(1993 – 2017), the UN genocide tribunal for Rwanda (1994 – 2016), and the International Criminal Court ICC in The Hague (from 2002) would have hardly been conceivable.

Read more: Will the EU stand up for the ICC? 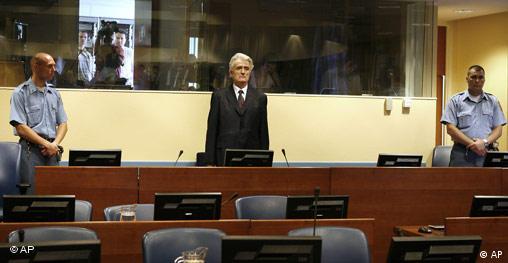 Serb leader Radovan Karacic stood trial at the ICC in The Hague on charges of genocide, crimes against humanity and war crimes

Crimes against humanity are currently being prosecuted worldwide by the ICC, an international court serving international law. And UN tribunals have been set up for individual situations, while many international crimes can now be prosecuted at the national level,via authorities such as Germany’s federal prosecutor in Karlsruhe.

Meanwhile, two of the former organizers of the Nuremberg trials, the US and Russia, still refuse to cooperate with the International Criminal Court, as does China. Nils Melzer, Swiss international law expert and UN Special Rapporteur on Torture, said that he sees a “worldwide erosion of human rights.” “If the US of all countries is not prepared to be held responsible for war crimes for which there is evidence that is not even questionable, then we have a big problem,” he told DW.

On the other hand, Safferling believes that international criminal law has played a thoroughly relevant role in global politics since the establishment of the ICC. “Perhaps sometimes it takes a bit too long. But no dictator in the world can be sure that an international criminal justice system will not strike at some point,” says Safferling. “This in turn would not have been possible without the Nuremberg Trials of 1945.”