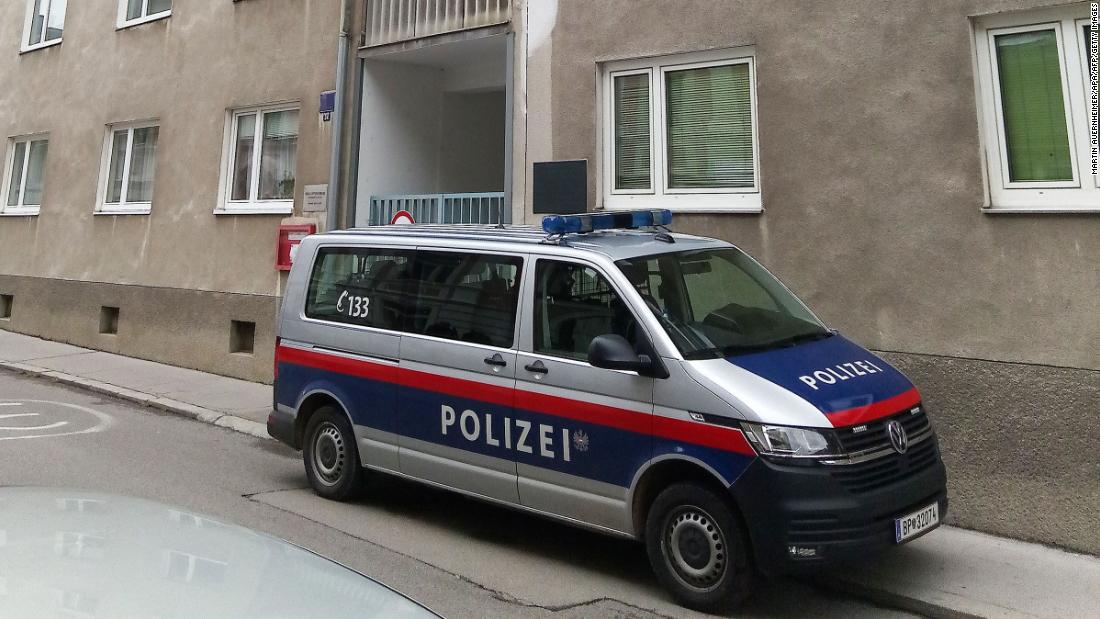 Slovakia’s intelligence service had previously warned Austria that Kujtim had tried to buy ammunition, but the information was lost in a communications breakdown, Austria’s Interior Minister Karl Nehammer said at a press conference on Wednesday. Nehammer has asked for an independent commission to investigate what went wrong.

Kujtim was sentenced to 22 months in prison on April 25, 2019 for attempting to travel to Syria to join ISIS, Interior Minister Karl Nehammer told state news agency APA. On December 5, he was released early on parole, the agency reported.

Lawyer Nikolaus Rast, who represented Kujtim in 2019, told CNN that he had seemed “quiet, rather introvert” at the time.

“I last saw him more than a year ago. And when I got to know him back then, I’d say he was a lost soul, who gave the impression that he was looking for his place,” Rast said.

“Nobody would have thought him capable of something like this, not to mention suspecting it, otherwise something would have been done much earlier, because in principle we have a relatively well-functioning system in place in Austria.”

A statement Wednesday from Austria’s deradicalization association, DERAD, said Kujtim would have been released from prison in July 2020 even if he hadn’t been released on probation and ordered to participate in its program.

Kujtim was wearing a fake explosive belt at the time of the attack, according to Nehammer, and had been “radicalized.”

Police arrested two men Tuesday from Kujtim’s hometown, Austrian public broadcaster ORF reported, as they seek to establish whether he was part of a broader network.

The two men are aged between 20 and 25 years old and live with relatives, ORF said. One of the two has North Macedonian roots, and the other Chechen, the broadcaster said.

Both are said to have had contact with the Vienna attacker in the past, according to ORF.

Nehammer told a news conference earlier Tuesday that 14 suspects had been provisionally arrested following 18 house searches in Vienna and Niederoesterreich.

There are no indications of a second perpetrator for the time being, the interior minister said.

People returned to the streets of central Vienna on Wednesday, although coronavirus pandemic restrictions mean many are working from home. Authorities had advised residents to stay at home on Tuesday amid fears that further perpetrators might be on the loose.

Some left flowers and lit candles at makeshift memorials to the victims in the streets where the bloody attack took place. Large numbers of police and military were stationed in the area Wednesday but the mood appeared calm and many shops had reopened.

Austrian chancellor Sebastian Kurz told CNN in an interview Tuesday that his country was not only looking to combat terrorists, but also the ideology behind them.

Kurz said there was one gunman and “probably he was alone.” Authorities had previously feared that the perpetrator didn’t act alone and that another gunman might be at large.

Kurz confirmed the gunman was born in Austria and had a family background from Northern Macedonia. “What we know is that he is a supporter of the Islamic State,” he said.

The initial attack, which began around 8 p.m. Monday, was centered on the busy shopping and dining district near Vienna’s main synagogue, Seitenstettengasse Temple, which was closed.

The five other locations were identified as Salzgries, Fleischmarkt, Bauernmarkt, Graben and Morzinplatz near the Temple, according to an Austrian law enforcement source speaking to journalists on Tuesday.

Following reports of gunshots, armed police quickly swarmed the area, with helicopters and ambulances deployed. Police could be seen patrolling the city center, ordering people to stay inside bars and restaurants.

A Palestinian man, Osama Abu El Hosna, helped rescue a police officer who was injured during the operation, his lawyer told CNN. “He could have run away, but he stayed, and he dragged the policeman behind a cement barrier so that he’s not in the line of fire any more,” lawyer Muna Duzdar said.

Abu El Hosna, 23, who lives in Vienna but is originally from Gaza, told CNN he was outside his workplace at McDonald’s in the city’s central Schwedenplatz area with a colleague when the first shots were fired on Monday evening.

“Suddenly I see this guy not far from us … he looks at us and he’s shooting at us. At first I brought my colleague to safety. And then I hid behind a tree, but the guy was moving toward us and continued to shoot,” Abu El Hosna said.

“I was speaking to him, I said ‘Is this about religion? I am Muslim, we are all Muslim here,’ and I was speaking in Arabic so that he would stop, but he didn’t stop,” he said.

“For me, this is not a Muslim. I am a Muslim and I am a proud Muslim,” Abu El Hosna said. “I will die for anyone … because this is my country, and I live here. I am here in safety. I fled a war, and here is my future, my home.”

Abu El Hosna described how the attacker hid before emerging once again and shooting the police officer who had come to help Abu El Hosna and his colleague.

“The police officer was screaming and bleeding,” Abu El Hosna said. “I was in shock. But I said no, I won’t run away. Because these police put themselves in danger for us.”

He said he administered first aid to the officer, using his clothing to try to stop the bleeding in his leg before going to seek further help.

“He ran back to get the officer out of there, and then the two guys from Turkey helped because he couldn’t have done it by himself,” Duzdar said. “Together, they dragged him to the ambulance.”

Reuters and Turkish news agency Anadolu reported Tuesday how two Austrian mixed martial arts (MMA) fighters of Turkish descent stepped in to help save a police officer and two women during the attack.

The United Kingdom raised its terror threat level from substantial to severe on Tuesday, a day after the attack in Vienna.

“This is a precautionary measure and is not based on any specific threat. The public should continue to remain vigilant and report any suspicious activity to the police,” UK Home Secretary Priti Patel said in a tweet.

A previous version of this story incorrectly stated what part of Austria Fejzulai Kujtim was from. He was from Moedling, a suburb of Vienna.