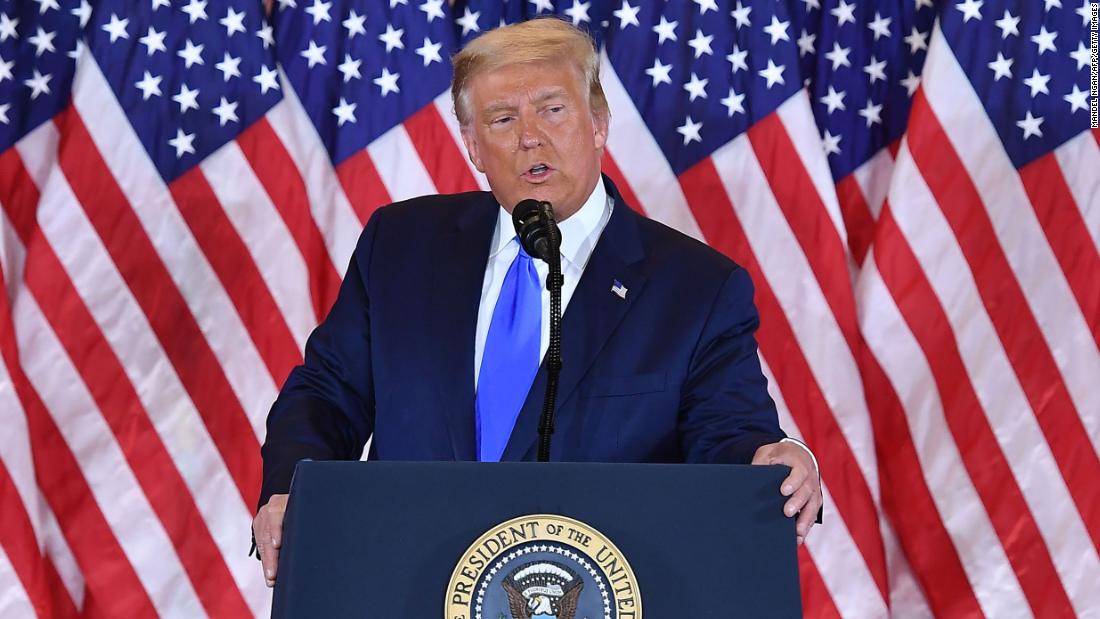 In brief remarks from the East Room of the White House, Trump attacked the legitimate vote counting efforts, calling it “fraud” with no basis. The President then claimed he “did win” the election, despite the millions of votes that have yet to be counted.

All the major networks carried Trump’s address at the start, but NBC News and MSNBC cut into it to note that he was peddling falsehoods.

“We’re listening to the President speaking at the White House, but we’ve got to dip in here because there have been several statements that are just frankly not true,” NBC News anchor Savannah Guthrie said as the network broke away from Trump’s remarks.

On MSNBC, Brian Williams told viewers the network was “reluctant” to interrupt the President’s speech, but said Trump’s remarks were “not based in the facts at all.”

The other major networks carried Trump’s speech in full, but aired forceful fact-checks after it had concluded.

“Almost everything President Trump said in his declaration of victory was not true,” CNN anchor Jake Tapper said.

“This is an extremely flammable situation and the President just threw a match on it,” Fox News anchor Chris Wallace noted. “He hasn’t won these states.”

“This isn’t law, this isn’t politics, this is theater,” Moran said. “And let’s be blunt: it’s the theater of authoritarianism.”

Trump has for months promoted conspiracy theories and false claims that the election would be rigged or stolen by the Democrats.

The President is especially focused on the large volume of mail-in ballots that have been utilized by large numbers of voters because of the coronavirus pandemic.

Network news executives were well aware that Trump might move to prematurely declare victory on Election Night. The executives had been reluctant to talk publicly about such a scenario, but people familiar with their thinking told CNN earlier in the week that such claims would be aired in context.