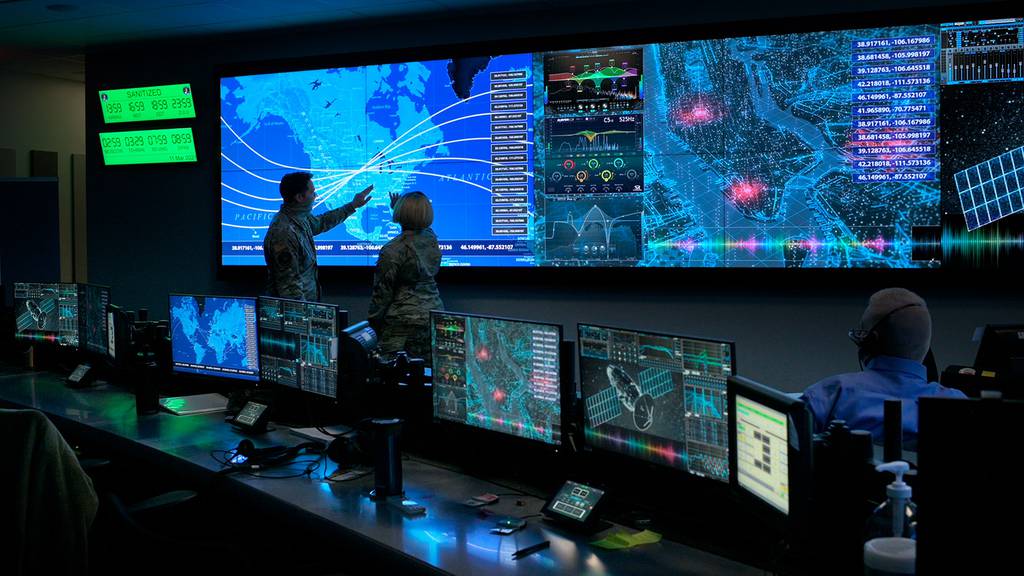 STUTTGART, Germany – Amid the global race toward a militarized space domain, NATO sees its role firmly planted as a coordinator and interlocutor amidst its member states, but demurs from becoming a space-based actor itself, a recently released document shows.

For the past several years, leaders from the alliance and its 30 member states have declared space an operational domain, trumpeting the need for more holistic and coordinated technology investments. NATO’s “overarching space policy” – which was established in 2019 but made publicly available for the first time on Monday – represents a big step for the alliance to finally codify the importance of the space domain for its wider interests and activities. But certain vague language also makes clear that the partners still diverge in how NATO can concretely involve itself in space, observers said.

The document tries to strike “a balanced tone,” acknowledging the need for NATO to be an active player in the space domain, while shying away from the notion that the alliance is militarizing space, “given sensitivities among allies on this concept,” said Lauren Speranza, director of the Transatlantic Defense and Security program at the Center for European Policy Analysis (CEPA).

Over six pages, NATO describes itself as a point of contact for its members’ ambitions in the space domain, focusing on several “key roles” where it can serve a coordinating function and as a forum for discussion. The document says the alliance “requires” space systems in specific capability areas, but won’t become an “autonomous space actor,” or develop its own platforms for use in the domain.

A NATO official confirmed to Defense News on Wednesday that the alliance has no intent to collectively develop space-related capabilities for the foreseeable future, noting that it’s more affordable to pay for relevant services when needed.

That’s a missed opportunity, said Nicholas Nelson, a senior fellow with CEPA’s Transatlantic Defense and Security program. NATO has developed its own sovereign capabilities before – most notably its fleet of Boeing E-3A Airborne Warning and Control System (AWACS) aircraft.

The “vast majority” of NATO members don’t have access to sophisticated space equipment, and having access to a joint asset, such as a common satellite bus, would be “value-accretive, both for the cohesion of the alliance, as well as the capabilities,” he noted.

The document overall provides key insight into NATO’s collective thinking of the space domain, said Simona Soare, a research fellow for defense and military analysis at the International Institute for Strategic Studies.

“The focus on interoperability and sharing best practices is welcomed as key to the allies’ and the alliance’s ability to ensure its core tasks, most important of which remains collective defense, in a context in which an increasing number of allies and partners are considering developing their own space capabilities and assets,” she said.

The policy release follows the alliance’s concerted focus in recent years on seven so-called “emerging and disruptive technologies,” or EDTs. NATO has advocated for its 30-strong members to invest more holistically and strategically in these EDTs, and this year, the alliance released – or made public – three related policies, on artificial intelligence, on cyber, and now on space.

The space policy is essentially the same document that the alliance agreed upon in 2019, the NATO official told Defense News. The main update comes toward the end of the document, in a section that describes how members agreed that attacks to, from, or within space on an ally could trigger an Article 5 decision on a “case-by-case basis.”

But the publicly released document still provides scant details about how NATO allies actually plan to respond to hybrid threats in and from space, likely because member-nations don’t completely agree on where the red lines should be, analysts noted.

“I think the possible response options are less fleshed out in space, and allies will be less comfortable reaching consensus and taking action,” Speranza said.

NATO has purposefully maintained ambiguity about its red lines in other operational domains. The alliance’s new cyber policy, released in June, revealed the decision to consider that certain “lower-level” malicious cyber attacks by the same threat actor can be as destructive as a single, large-scale cyber attack, and could, at least in theory, trigger the treaty’s Article 5 collective defense mechanism.

The document also avoids naming any specific state or non-state actors as threats in the space domain, and focuses instead on the types of capabilities and effects that could threaten allies in space. This could be related to differences of perspective among the allies when it comes to responding to these actors with either dialogue, or deterrence, Soare said.

Parts of the new space policy make clear that NATO’s role in the domain is still a work in progress. A section involving “deterrence, defense, and resilience” states that the alliance “will consider” a range of “potential” options to counter threats against a member state in space, and that NATO “should develop” a common understanding of concepts “such as the role of space in crisis or conflict.” Certain guidelines “will need to be developed” on the way to secure NATO’s access to space data, products and capabilities, it adds.

It’s critical that NATO eventually establishes common terminology for its EDTs, but finding agreement there may be one of the biggest obstacles for the alliance to really define its collective space strategy, Nelson said. “The nomenclature they use for space – as well as cyber – still differs when you’re talking to different stakeholders.”

While individual member nations like the United States, France, and the United Kingdom have already developed their own defense-related space doctrines, a collective NATO strategy is still in progress, the alliance official explained. But this space policy is meant as a lasting policy, and the goal is to now implement that policy through concrete actions, like completing the nascent NATO Space Center at Ramstein Air Base in Germany and launching the future NATO space center of excellence in Toulouse, France, according to the official.

Analysts expect NATO to more concretely define its stance on space in future documents, and certainly in the lead-up to the 2022 summit, to be held in June in Madrid. There, leaders plan to unveil the alliance’s new “Strategic Concept” white paper, the first update since 2010.

“I am optimistic about the direction NATO is going,” Nelson said. “I would like them to move faster, … but with that said, this is a good first step.”