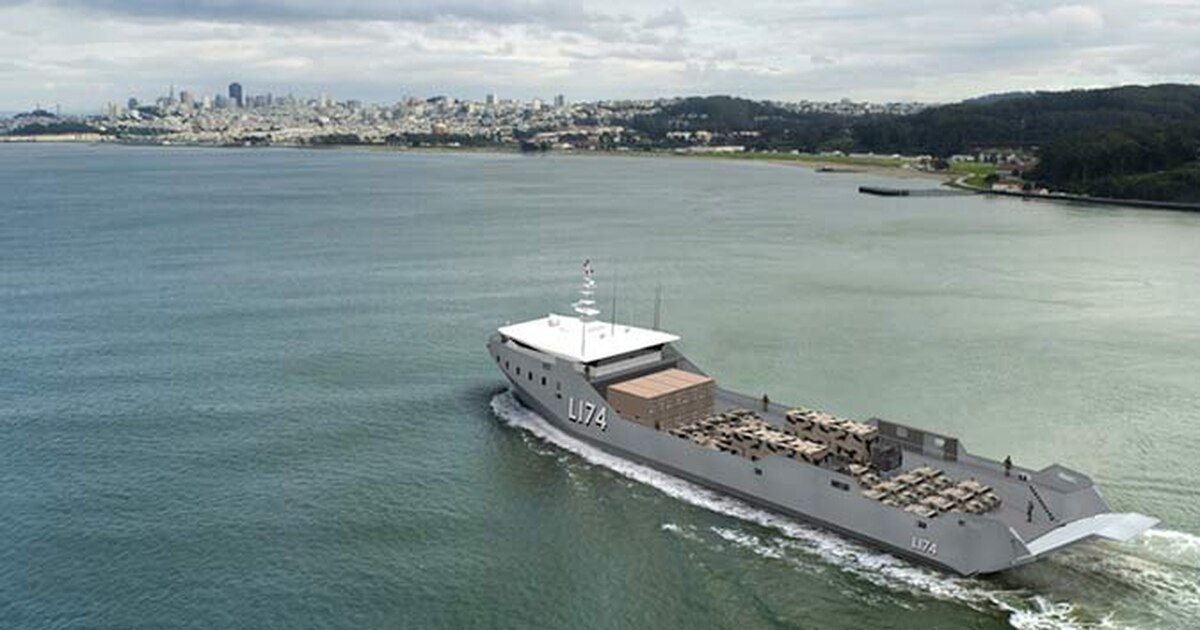 WASHINGTON – The U.S. Navy is willing to pay more for new ships upfront if it means saving on maintenance and personnel costs throughout the life of the program, the head of amphibious, auxiliary and sealift programs told industry.

Tom Rivers, whose programs fall under the Program Executive Office for Ships, said “design for maintainability and flexibility” is one of the top focus areas for PEO Ships that would influence how the Navy pursues several upcoming new programs, including the light amphibious warship (LAW), the next-generation logistics ship, a new submarine tender, a new ocean surveillance ship and the DDG(X) next-generation destroyer.

“LAW is a good example for the design for maintainability,” he said during a panel discussion at the Navy League’s annual Sea Air Space conference. “Having reliable equipment that does not require a lot of operator action to maintain will enable LAW to handle reduced manning, which, that’s the goal. It may require a larger upfront investment in higher-quality equipment, but we’re willing to do that to offset the sailor cost in the future.”

Rivers said Team Ships is focused on leveraging data to a greater degree, to improve performance in both shipbuilding and ship maintenance. Both halves of Team Ships – PEO Ships on the construction side, SEA21 on the modernization side – each have war rooms set up to track performance across all the ship programs and take a more analytical approach to improving the whole enterprise.

Another top focus area for PEO Ships is on-time delivery of new-construction ships, an effort that’s aided by this war room setup.

A third focus area is increased industry engagement, and Rivers said the LAW program is a good example of this as well. The Navy hosted multiple industry days and industry engagements for LAW, and Rivers said this would likely be the norm going forward, rather than hosting just a single industry day. He said it would also be important to engage lower-tier suppliers – especially if the Navy wants to see more reliable parts that support the condition-based maintenance concept.

The DDG(X) destroyer program office, which stood up in June, has already conducted early industry engagement to help in developing the requirements for the ship, which will take the combat system and radar from the Flight III Arleigh Burke destroyer program and put them on a new hull form with an integrated power system that can support larger and more power-hungry sensors and weapons into the future.

“We envision that DDGX will be the most capable surface combatant on the planet in the 2030s and all the decades to follow,” Rivers said, but to do that successfully, the Navy and industry need to stay in lockstep about the ship’s design and development timeline.