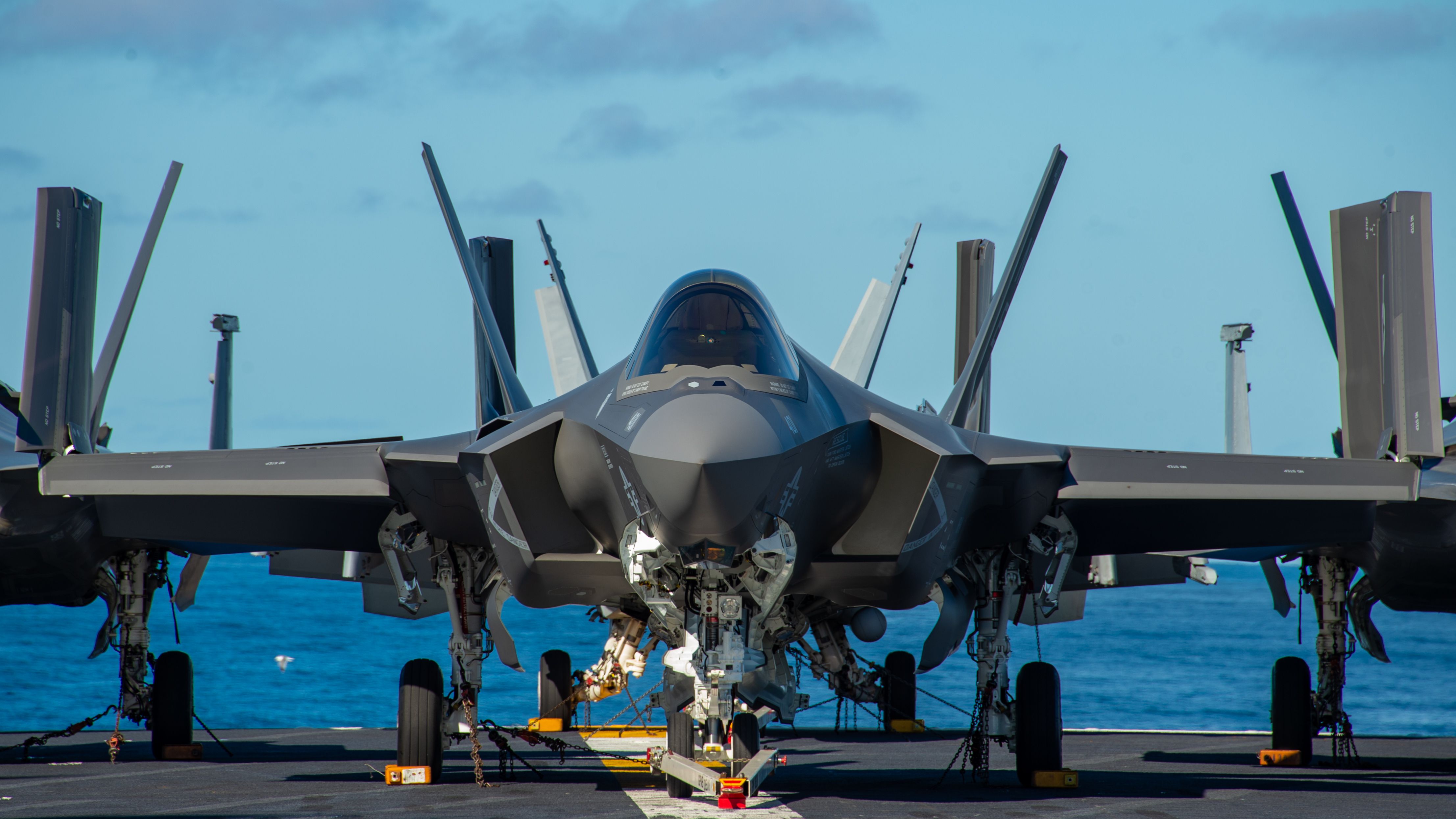 WASHINGTON — The Navy will order fewer F-35C jets in fiscal year 2023 than manufacturer Lockheed Martin could produce under a pandemic catch-up plan, with officials hoping to use the lull to spend money on other priorities.

Though top U.S. Navy leadership told lawmakers that COVID-related problems, including supply-chain shortages, drove the decision to ask for fewer F-35C Joint Strike Fighters in next year’s budget, that is only half the story.

Equally important is the Navy leadership’s belief that the current fighter inventory is the healthiest it’s been in two decades, meaning the service’s self-declared fighter shortfall can be safely left to linger past 2030, officials told Defense News.

Naval aviation has undertaken two major efforts recently: closing a nearly 50-jet shortfall on a quicker timeline, and boosting the readiness rates of its current jets. The head of Naval Air Forces in February told Defense News that the fighter inventory — the combination of fourth-generation F/A-18E-F Super Hornets and fifth-generation F-35C Joint Strike Fighters — could reach its required size by 2025 and that the Navy was developing even more aggressive readiness goals after seeing early success.

The timing of the strike fighter shortfall being closed — originally estimated for 2030 before being shortened to 2025 — was credited to work the Navy and its industrial base were doing to extend the lives of Super Hornets, even despite COVID-related slowdowns of the F-35 production line.

But seven weeks later, the Navy released a proposal for FY23 that would extend the shortfall out to 2031.

“I’m particularly concerned with the pace at which industry has been able to deliver F-35s,” Del Toro said at a May 18 House Appropriations defense subcommittee hearing. “For me, it’s a significant concern, and I just don’t think that we should be making those investments if in fact we can’t keep pace with the delivery of those aircraft to the Navy itself. There’s probably better uses for that [money] in the near term until they can recover from their supply chain issues and start delivering them at a faster pace.”

Lockheed Martin is behind on its delivery schedule and is working with the Navy on a “COVID smoothing delivery plan” that will get the company back to pre-pandemic delivery rates by 2025. But the Navy’s FY23 request for jets is still well short of what the company can produce today under that plan, two Navy spokespersons told Defense News.

Two factors were key in the Navy choosing to slow down its F-35 acquisition, they said: the service needed to free up funds for other top acquisition priorities, and the high readiness of the jets today made it a less risky decision to extend the shortfall and divert funding elsewhere.

Spokeswoman Cmdr. Courtney Hillson told Defense News that supplier issues and absenteeism had slowed plane deliveries and that Lockheed Martin and the government developed a COVID smoothing delivery plan that ramps up delivery timelines between now and Lot 17 deliveries in 2025. Lockheed Martin is meeting its current goals under the plan, Hillson said.

Still, she noted that Lockheed Martin has production capacity to support up to 30 F-35C aircraft per year for the Navy and Marine Corps. The FY23 budget request is significantly short of that maximum production capacity. The Navy asked for just nine in FY23 and asked for 15 per year in the rest of the five-year spending projection.

CNO Gilday told lawmakers the Navy would have requested 100 aircraft over the five-year period — or 20 per year, still short of the maximum capacity — if not for the supply chain issues.

Gilday and other leaders have previously mentioned investments in anti-ship missiles, hypersonic weapons and more that were funded in the budget by cutting other acquisition programs or making decisions to retire ships early.

Gilday asked for six more F-35Cs for the Navy in his FY23 unfunded priorities list, which would bring the Navy to 15 if Congress chose to fund them. The Marine Corps asked for four, with an additional three in the unfunded list — bringing the two services to a maximum of 22, compared to the production capacity of 30 under Lockheed Martin’s recovery plan.

Navy spokeswoman Lt. Katie Diener confirmed that Lockheed Martin could build 30 F-35Cs a year today under the plan, and said: “The Navy is balancing our priorities in a demanding fiscal environment, while maximizing our 5th-generation fighter mix.”

When the Navy released its budget request in late March, Rear Adm. John Gumbleton, the deputy assistant secretary of the Navy for budget, told reporters that the smaller request for F-35Cs — nine, compared to the 15 Congress funded in the current FY22 — was reflective of the tight expected topline.

“The fact that we did come down in our JSF request was more about balance than anything else — it was about balancing a ship construction portfolio, aviation portfolio, weapons, R&D, etc. So I think we would have liked to have had more JSF, but that’s the balance that we can yield,” he said.

Hillson said the success in boosting readiness rates in the current inventory made this tradeoff an easier one for the Navy to agree to.

In a Feb. 15 interview, Commander of Naval Air Forces Vice Adm. Kenneth Whitesell told Defense News the Navy had been aiming for 341 mission-capable Super Hornets but had upped the goal to 360. The service has touched the 360-mark many times and has often been in the 350s range, though the exact number changes day by day.

Whitesell said too many jets were caught up in the time-consuming Super Hornet Service Life Modification (SLM) program, which adds about 4,000 hours of flight time to each jet and upgrades them to a Block III capability configuration. Boeing’s SLM line currently has a turnaround time of about 18 months, Whitesell said, meaning a greater number of Super Hornets are inducted in the program than he’d like to see, which makes it harder to reach 360 mission-capable jets with the remaining inventory. Getting the turnaround time down would almost certainly boost the mission-capable rates for the Navy, he said.

Gilday told lawmakers that Boeing currently has a turnaround time of about 18 months for each jet that enters the program but that would be shortened to about 15 months by 2023 and then to 12 months by about 2024. The faster this turnaround time goes down, he said, the faster the strike fighter shortfall could begin to close.