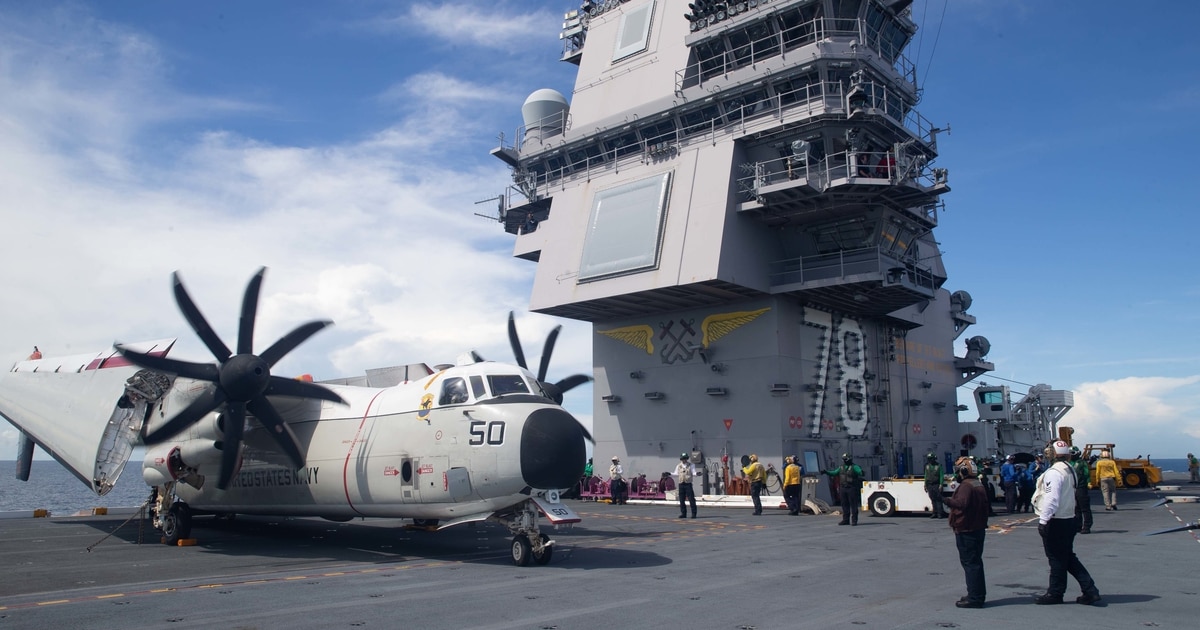 The latest plan charting the Navy’s future shipbuilding would require “unprecedented” amounts of investment at a scale not seen since World War II, according to a Congressional Budget Office report released this month.

The CBO report assesses the latest Navy shipbuilding plan, which was released by the Pentagon in December and aims to cover the future of the fleet from 2022 to 2051.

CBO found that building a larger future fleet would involve budget appropriations that are nearly 50 percent higher than the average amount allocated to shipbuilding accounts in the past five years.

Total shipbuilding costs, including funds for nuclear refueling and drones, will average roughly $34 billion annually, 10 percent higher than the plan’s estimates, according to the CBO.

Yearly operation and support costs would increase from $74 billion today to $113 billion by 2051, according to the CBO, with the Navy’s total budget requiring a jump to $279 billion in 2021 dollars by 2051, a $79 billion increase from current levels.

The shipbuilding plan released in December would substantially increase the battle force’s planned inventory to more than 400 by 2051, a growth that would require increasing the Navy’s total budget by about 40 percent in 2021 dollars, according to the CBO.

That plan would involve more than $1 trillion in 2021 dollars to build manned and unmanned ships, requiring annual funding that “would be unprecedented since World War II,” the CBO report states.

Half that $34 billion of annual funding would go to submarines, while about a third would be allocated for aircraft carriers and surface combatants, with the remainder going to amphibious ships, logistics and support vessels.

And while the brass is increasingly touting the role of unmanned systems going forward, the December plan shows drones occupying only about 4 percent of annual shipbuilding costs, although it remains unclear whether the Navy would fund drones via its shipbuilding account, according to the CBO.

The CBO also notes that the Navy’s unmanned plans remain nascent, which could further tweak costs upward in the coming decades.

“The Navy is still developing its concepts of operations for unmanned systems, which increases the risk for both cost growth and delays in their construction and operations,” the CBO report states.

The plan assessed by CBO comes with some major caveats, mainly that the plan was drafted under the previous president, and the current White House administration has not yet indicated how it envisions the Navy’s future fleet.